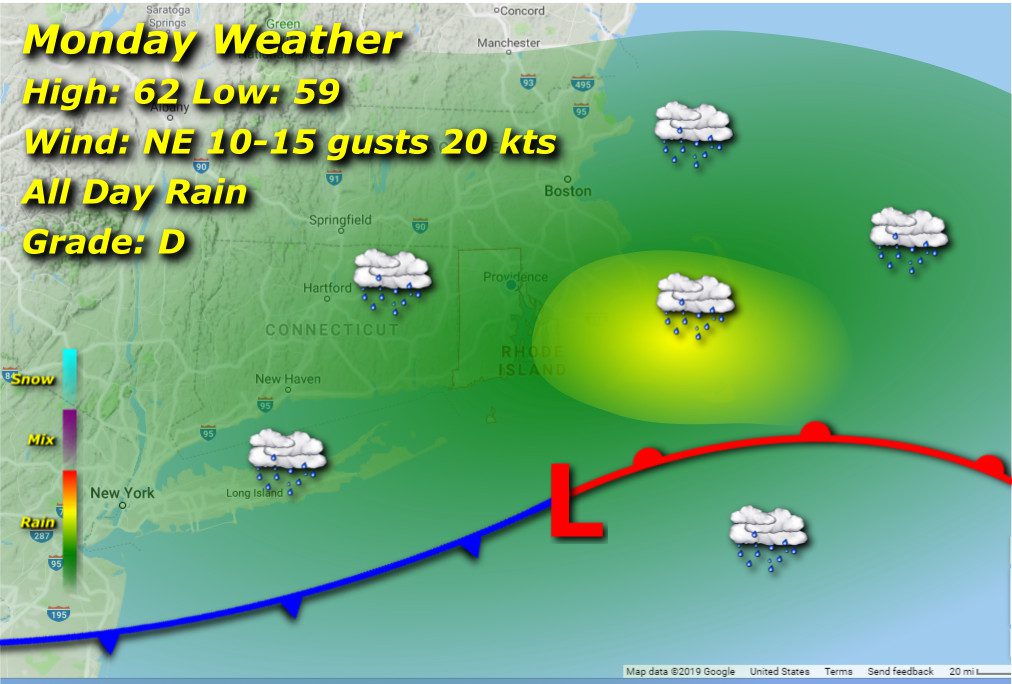 A frontal system drifts south with low pressure along for the ride, the combination driving an all day rain event, perfect for a Monday. Highs and lows within a couple of degrees of one another, high of 62 low of 59 in the evening. A northeasterly breeze will feel cool through the rain, as northeasterly winds usually do. The rain, although dampening the entire day will generally be light, with the heavier areas developing over southeastern Massachusetts.