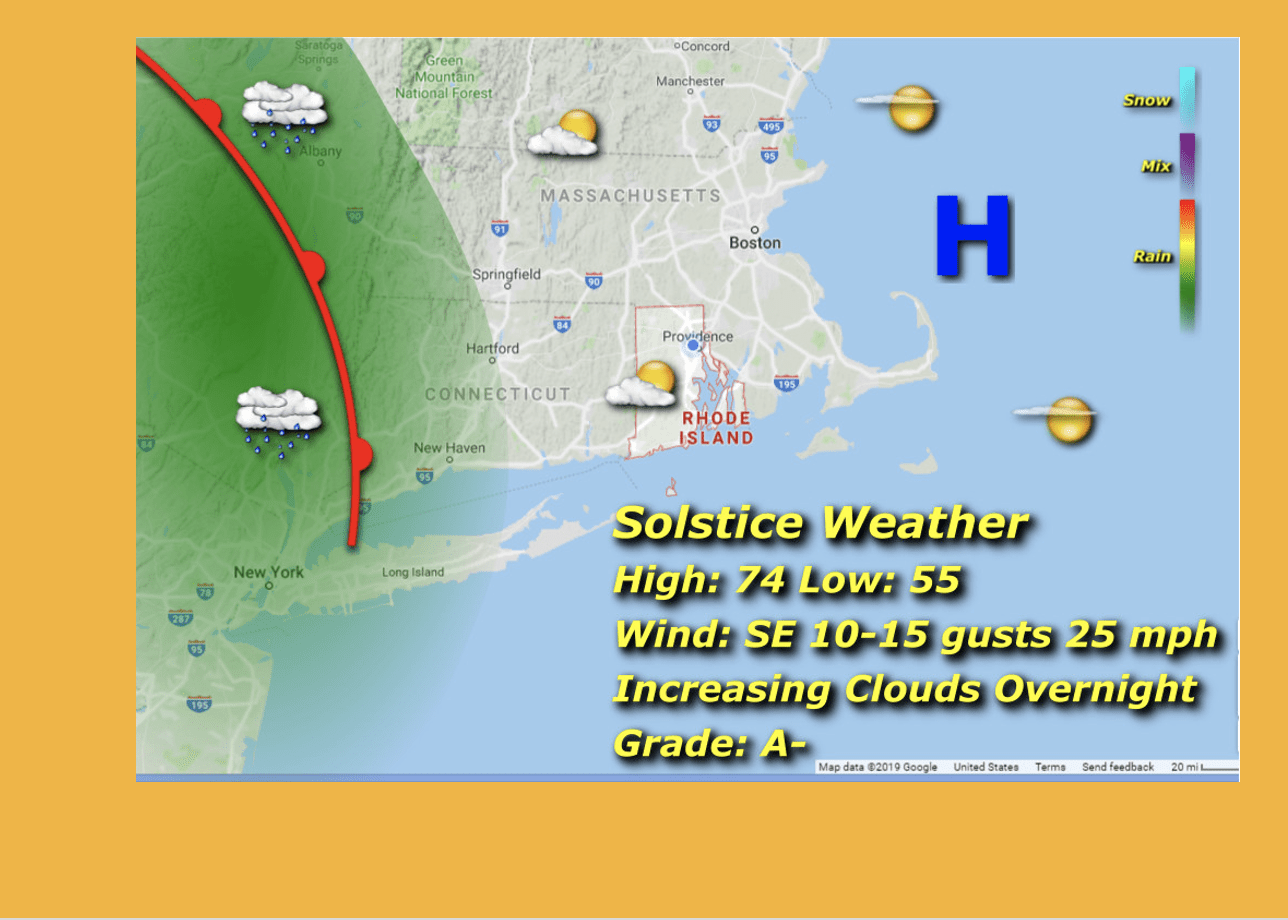 As a warm front approaches from the west, cloud cover will be increasing, particularly later in the evening with the slight chance of showers during the overnight hours. Morning lows in the mid 50’s rise to the mid 70’s with a southeasterly breeze gusting to 25 mph.

Summer Solstice occurs at precisely 5:14am. That is, the Sun will be directly over the Tropic of Cancer, meaning that this is the longest day of the year, with 15 hours, 13 minutes and 16 seconds between sunrise and sunset. Now we head in the other direction on an inexorable march toward Winter.

Also, our Summer outlook according to the Climate Prediction Center will be above normal for both Heat and Precipitation. We are in a La Nina year, so cooler than normal eastern Pacific waters which means a more wave-like jetstream leading to more stormy conditions in these parts.