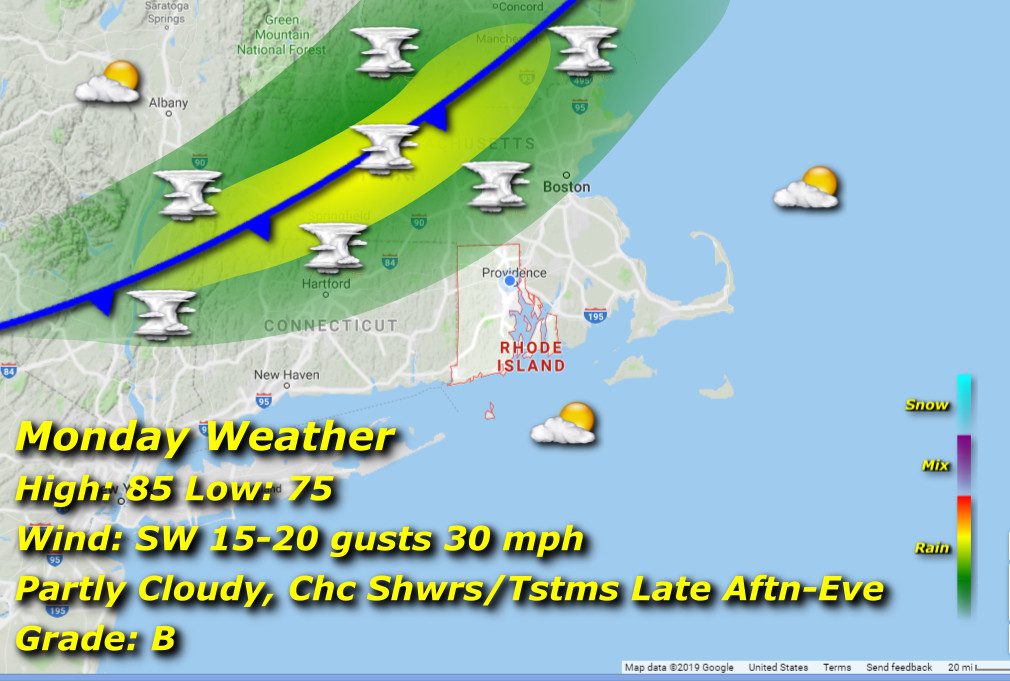 A cold front tries to move through the area later in the day with a chance for showers and some embedded thunderstorms inland at least, perhaps making it to the coast. More cloud cover will help keep temps from skyrocketing, highs expected to reach only into the mid 80’s from morning lows in the mid 70’s with a gusty southwesterly breeze. Humidity will still be high until the front passes.