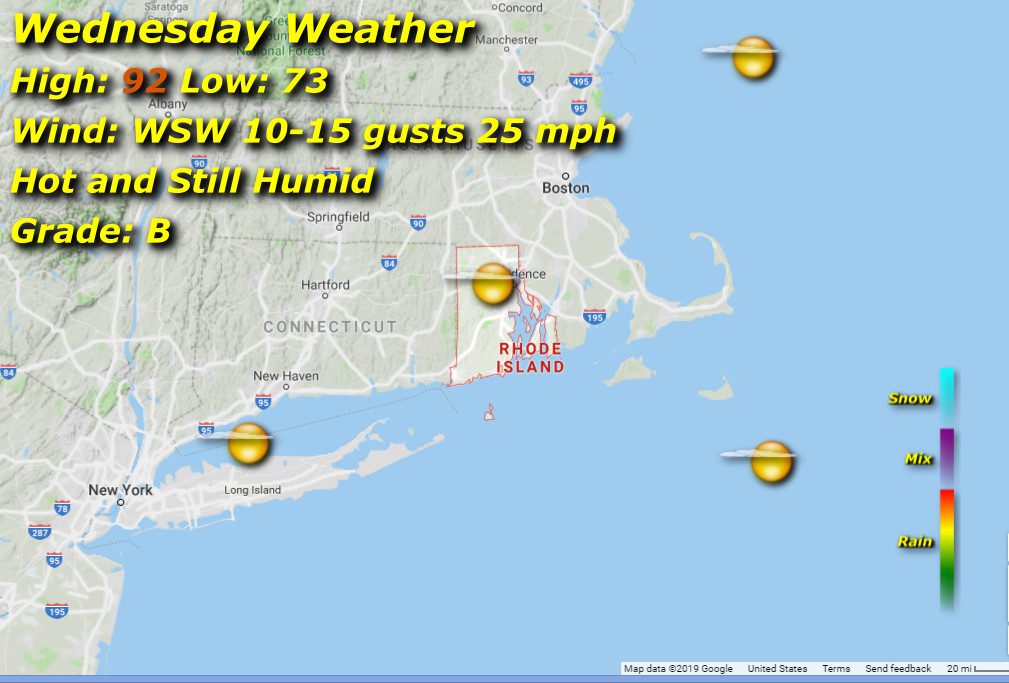 Hot and humid, with sunshine lifting temps into the 90’s for the second of what could be an extended heat wave. Not much in the way of relief either, except for some purely convective popup daytime showers which will be few and far between over the inland sections of the area. Don’t count on those. Morning low in the low to mid 70’s rising to a hazy low 90’s with a west-southwesterly breeze like yesterday gusting to 25 mph.