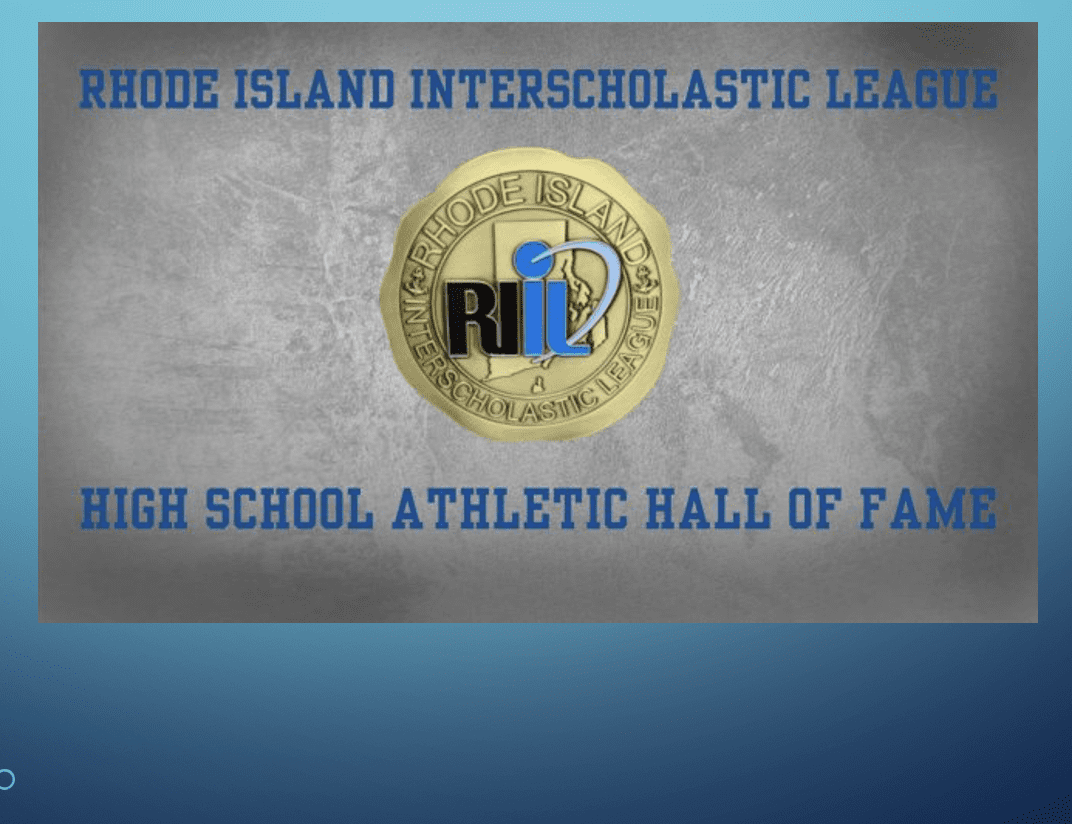 Just in from the RI Interscholastic League – congrats to all the “Famers”!

The following distinguished athletes, coaches, officials and administrators will be inducted into the Rhode Island Interscholastic League High School Athletic Hall of Fame-Class of 2022 on Wednesday, October 26, 2022 at the Crowne Plaza in Warwick. Ticket information will be made available in the coming weeks.

Arguably the best female swimmer ever to come out of Rhode Island, Beisel competed in three Olympic Games (2008, 2012 and 2016), winning a silver (400-meter medley) and a bronze (200-meter backstroke) medal at the 2012 Summer Games in London. At the same time, the Saunderstown resident was compiling an amazing high school swimming career at North Kingstown High School, where she won the maximum eight individual RIIL individual titles, setting state high school and URI pool records along the way, while also helping the Skippers capture multiple relay victories. Beisel also starred at the University of Florida and has become a media contributor for NBC and ESPN.

A two-time All-State golfer and member of Cranston East’s ice hockey team that won two state titles (1966 & ’67) and a New England championship, Caparco went on to play both sports at the former Rhode Island Junior College and Roger Williams College. He remained connected to hockey by serving as a youth, high school and college hockey official for more than 40 years. A past president of the R.I. Hockey Officials Organization, Caparco refereed numerous championships at every level and officiated more than 140 RIIL playoff games from 1973 to 2015.

Part of the first generation of girls given the opportunity to play interscholastic sports in Rhode Island, Margaret “Bootie” Conaty took full advantage of the opportunity, competing in field hockey, cross country, basketball and outdoor track for Smithfield High School. Named the school’s Most Outstanding Female Athlete in 1972, she led the Sentinels to the first RIIL Girls Basketball State Championship that year, along with back-to-back outdoor state titles. Upon graduating from the University of Rhode Island, where she played field hockey, basketball and lacrosse, Conaty embarked on a successful 41-year career in high school athletic administration in Massachusetts, while also serving on many boards and committees for the Massachusetts Interscholastic Athletic Association and National Federation of State High School Associations.

Named the 2022 National and Big East Conference Coach of the Year in his 16th season as head coach of the Providence College men’s basketball team, Cooley got his start not far from where he now coaches the Friars, honing his skills at Central High School in the late 1980s. A two-time first-team All-State selection, the 6-foot-3 forward guided the Knights to back-to-back RIIL State Championships in 1987 and ’88. Described by then coach Harold Metts as “the spiritual leader of the team,” Cooley earned tournament MVP honors both times, then went on to produce a hall-of-fame career at Stonehill College before joining the college coaching ranks.

A three-sport star at the former Bristol High School from 1987-1991, DaSilva was a three-time first-team All-State baseball player, first-team All-State football player and All-Division basketball player for the Colts. He received a baseball scholarship to the University of North Carolina at Chapel Hill, where he starred for three seasons before being drafted by the Oakland Athletics in 1994. When an injury cut short his professional career, DaSilva went into law enforcement, working as a deputy sheriff in North Carolina and then Rhode Island. He has remained connected to baseball through coaching and is a hitting instructor for youth and college players.

A member of the Central Falls, CCRI, Rhode Island College, New England Basketball and Little East Halls of Fame, DeFaria has left an indelible mark on every basketball program she has ever played for. Graduating from Central Falls High School in 1990 as the Warriors’ all-time leading scorer and rebounder with 1,350 points and more than 1,000 rebounds, the All-Stater went on to star at CCRI (916 points and 214 assists) from 1990-92 and at RIC (1,048 points) from 1993-95. She has had successful stints coaching at Cranston West, CCRI and now at RIC, where she is an assistant coach when she is not working for Adoption Rhode Island.

The 1987 Words Unlimited R.I. Schoolgirl Athlete of the Year, Fay-Wolfe starred in both basketball and track and field at Cumberland High School. A two-time All-Stater, 1987 Converse All-American and 1987 Naismith R.I. Player of the Year, she finished with 1,073 career points and helped lead the Clippers to the title game of the Class A Championship in 1985, ‘86 and ‘87. Fay-Wolfe also became the first girl to win four individual titles at the 1987 outdoor state meet and led Cumberland to the State Championship that year. She went on to have an extremely successful track career at the University of Pennsylvania. A high school and college mathematics teacher, Fay-Wolfe has coached high school girls basketball and track and is a track and field official.

Earning the No. 1 singles spot in his freshman year at Barrington High School, Gresh did not lose a match in his sophomore, junior and senior years, winning three-straight RIIL singles state titles in 1996, ’97 and ‘98. During his high school career, the four-time first-team All-Stater also led the Eagles to three Division I State Championships. He earned the No. 1 singles and doubles spots in his junior and senior years at Penn State University and was an All Big Ten Conference selection both seasons. Gresh played professionally for several years after college and served as an assistant coach at Brown for four seasons before moving to Newport Beach, Calif., where he is now a tennis pro and head coach of Corona del Mar High School’s successful boys and girls tennis teams.

A teacher at his alma mater for 31 years before retiring in 2004, Haberek has coached cross country and indoor and outdoor track and field first at Chariho Middle School and then at the High School for nearly five decades. He has earned multiple Coach of the Year honors, while mentoring many All-State, All-Class and All-Division athletes, as well as the 2012 Indoor 4×1 Mile National Champs. Also a member of the Chariho and Rhode Island Track Coaches Association Halls of Fame, Haberek has guided the Chargers to the 2011 Outdoor State Championship and the 2012 Indoor state title.

When Central Falls High School added interscholastic athletics for girls in 1975 during Kelley’s junior year, she jumped at the chance to play. An All-State, All-League and All-Blackstone Valley selection in both cross country and basketball, she received a basketball scholarship to the University of Bridgeport. After playing one season there, Kelley transferred to R.I. College, where she enjoyed a hall-of-fame career, finished with 764 points in three seasons and earned a Division III All-American nomination. She returned to her alma mater and spent more than three decades serving the Central Falls’ youth as a mathematics teacher, athletic director and coach of the Warriors’ cross country, volleyball, track, softball and girls basketball teams.

Following a 30-year career within the Providence School System, where he served as a teacher, assistant principal (Mt. Pleasant H.S.), principal (Bridgham M.S. and Classical H.S.) and Executive Director of Student Support Services, Mezzanotte became the RIIL’s Executive Director in 2004. During his 16 years in that role, he expanded the league’s education-based athletics program, worked with Special Olympics RI to implement a unified high school sports program for students with intellectual disabilities, implemented a mandatory certification requirement for coaches and helped develop the R.I. Concussion Law. A standout football and baseball player at La Salle Academy and then Providence College, Mezzanotte also coached football at Johnston High School and girls volleyball at Central High School during his early years of teaching.

O’Dell-Peloquin starred in basketball and field hockey at Lincoln High School in the early 2000s, earning first-team All-State honors twice in both sports. She led the Lions’ field hockey team to two Division I Championship appearances. A two-time tournament MVP and the 2006 Gatorade Rhode Island Basketball Player of the Year, she finished as Lincoln’s all-time leading scorer (2,431 points) and led the Lions to back-to-back Division II Championships (2005 and 2006). O’Dell-Peloquin then received a full Division I basketball scholarship to Holy Cross, finishing with 1,449 career points and earning multiple All-Patriot League honors.