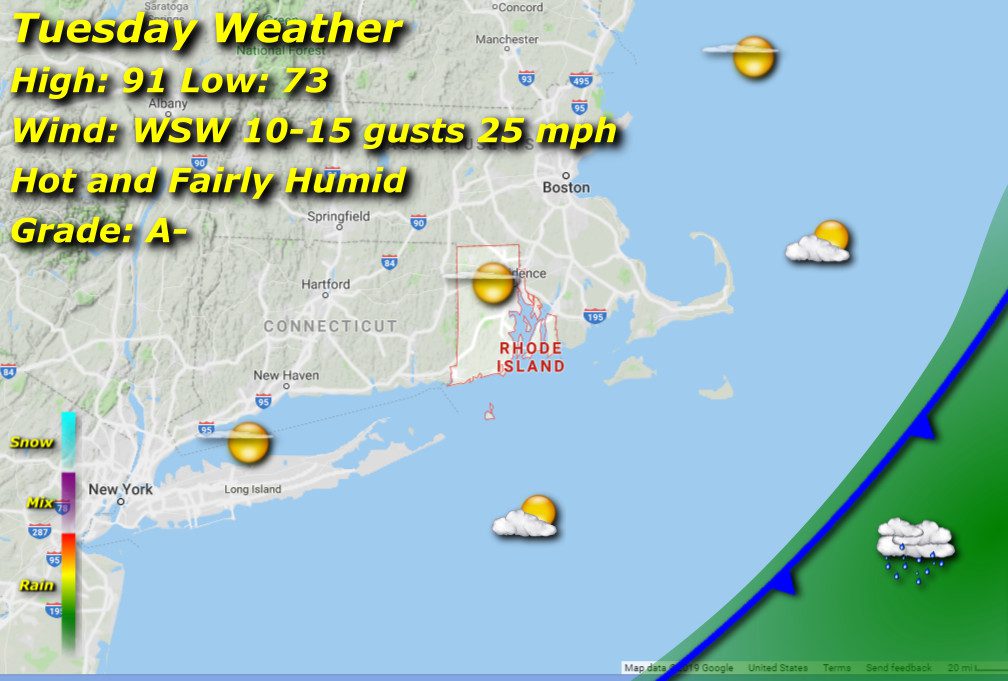 The rain-inducing cold front will have passed in the night, allowing for drier air to filter into the area. Still on the humid side with dew points in the mid 60’s. Sunshine busts through for the afternoon with highs punching into the low 90’s after morning lows in the low 70’s with a west-southwesterly breeze gusting to 25 mph.