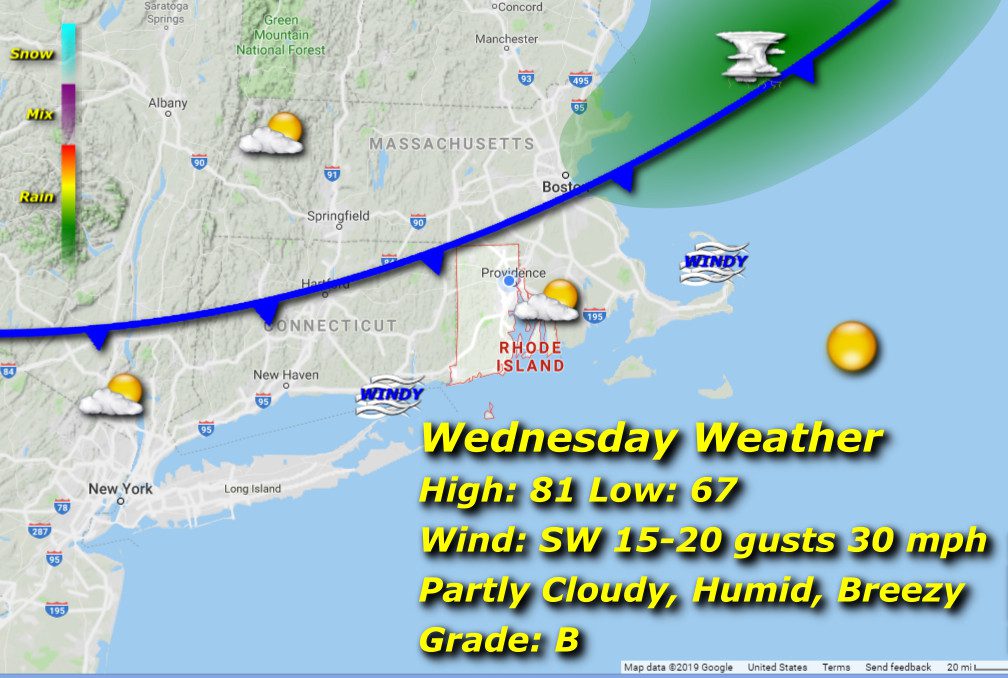 Similar conditions as yesterday, Partly cloudy with gusty southwesterly breezes and humid air. Less energy aloft, so showers and thunderstorms will not be as prevalent, maybe a brief shower in the evening over the northern reaches of the area. Lows in the upper 60’s and highs in the lower 80’s with that southwesterly breeze gusting to 30 mph.