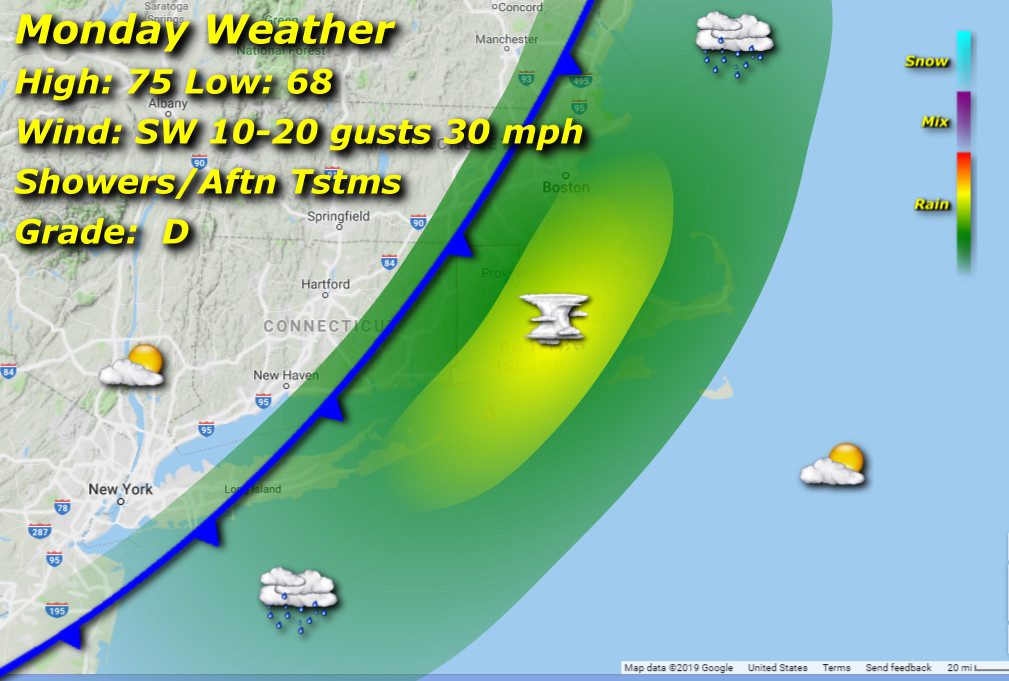 A classic first weekend with heat and summer muggies has come to an end. A cold front sweeping through during the day will see to that, plus give us some showers, light rain, and maybe a thunderstorm or two if we’re lucky, or unlucky, depending on your perspective. We should see the first drops sometime around 9 am give or take an hour, and should last through 9 pm. These will be off and on showers riding a gusty southwesterly breeze, with breaks in between, so we’re not looking for a washout, but any Monday outside plans should account for some dampening. Highs peak in the mid 70’s and evening lows drop to the upper 60’s by late evening as cloud cover breaks and the air dries out.