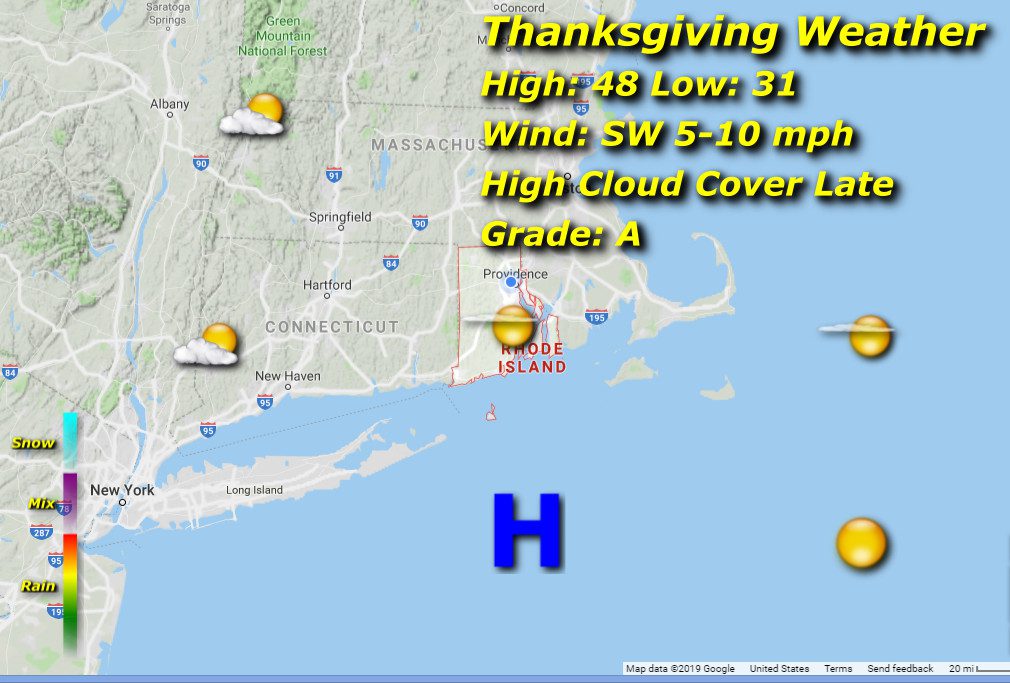 High pressure settles in just to our south to keep us in the pleasant weather for the holiday feasting. Plenty of sun, no rain, light winds. Morning lows on the chilly side, low 30’s rising to afternoon highs in the upper 40’s with a breeze generally less than 10 mph out of the southwest.

Thankful for good feedback on my forecasts, and for tolerating the sometimes silly weather prose.