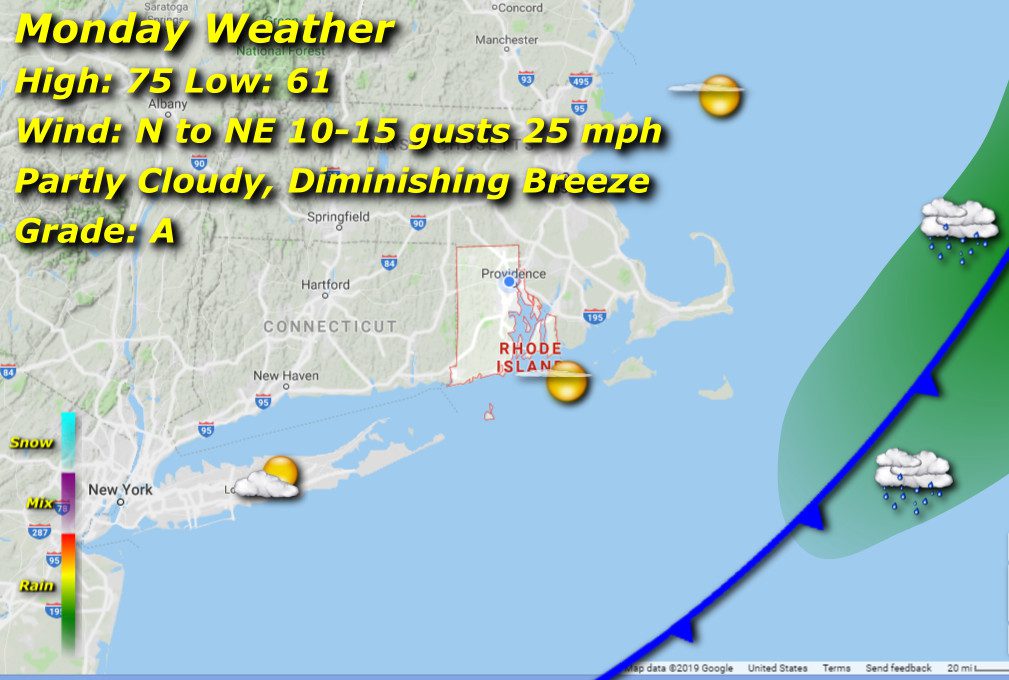 A cold front continues out to sea taking any showers with it. As it carries further away, the pressure gradient will loosen up, meaning gradually diminishing winds. We’ll have lots of sun in the afternoon with some cloud cover increasing later in the day ahead of the next weather maker to our southwest.