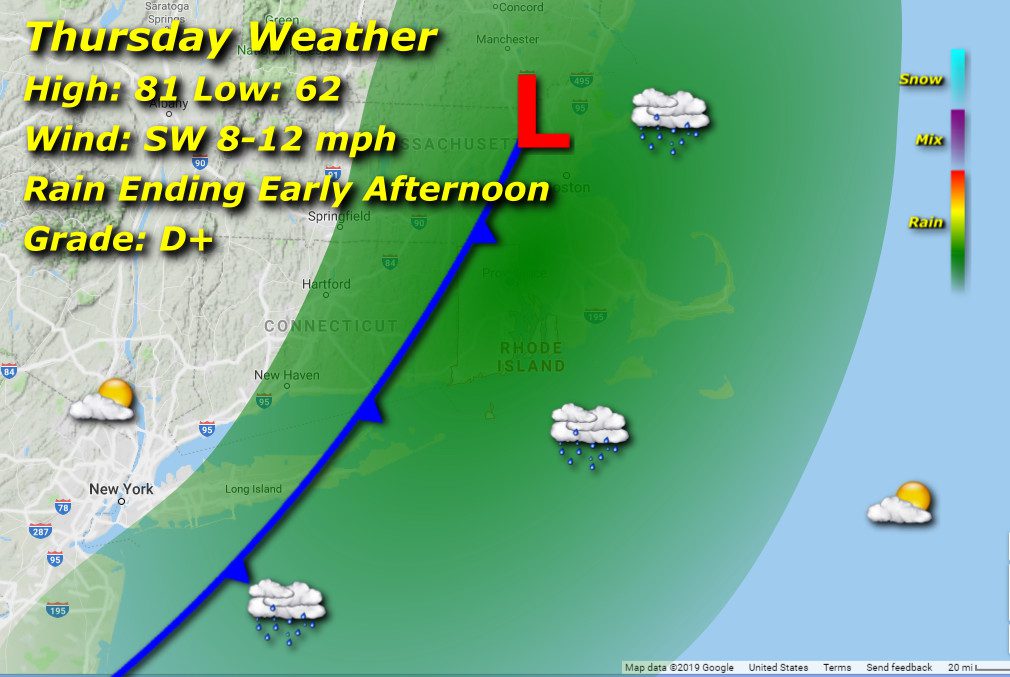 Another cold front moves through ahead of which rain will fall beginning around 3-4am and last until early afternoon. A southwesterly draw of warm air ahead of the front will give high temps a boost, topping out in the low 80’s in the afternoon before falling to the low 60’s once again as winds shift to northwesterly behind the frontal passage.