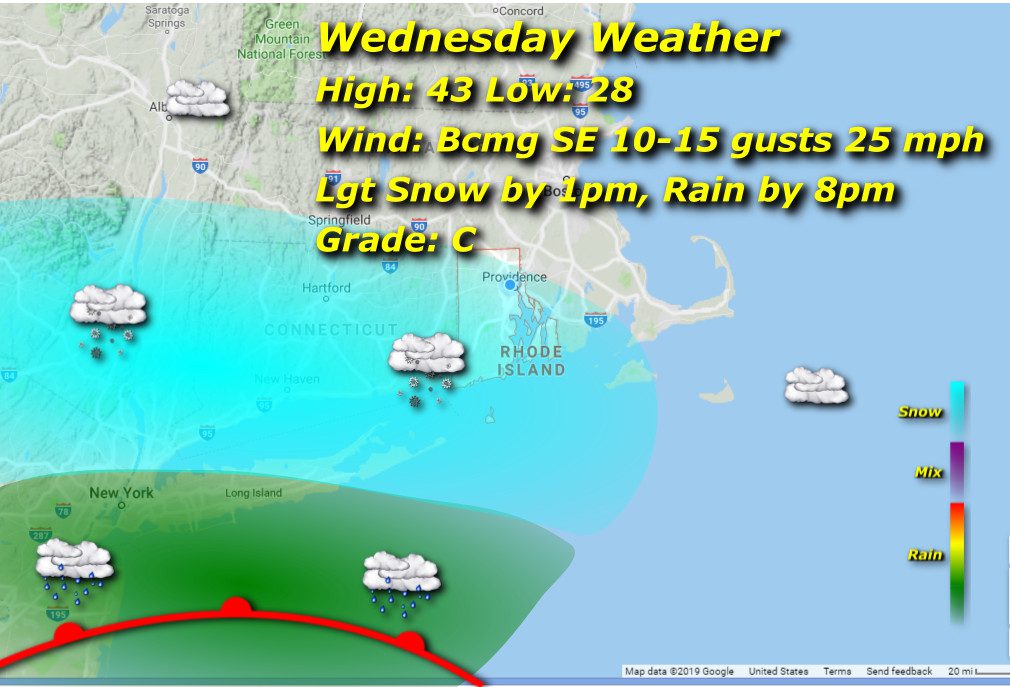 A low pressure system currently tearing apart the southeastern US looms on the horizon, first cloud cover associated with it shrouds the region in the predawn hours. We can expect first flakes by 1 pm or so, then a steady light snow with only minimal accumulations before changing over to a moderate and sometimes pressing downpour with embedded thunderstorms electrifying early risers. Winds will start out light, but accelerate in the evening to a gusty southeasterly wind varying wildly especially in the event of maturing thunderstorms.

Morning low in the upper 20’s rising to a doused mid 40’s by evening.