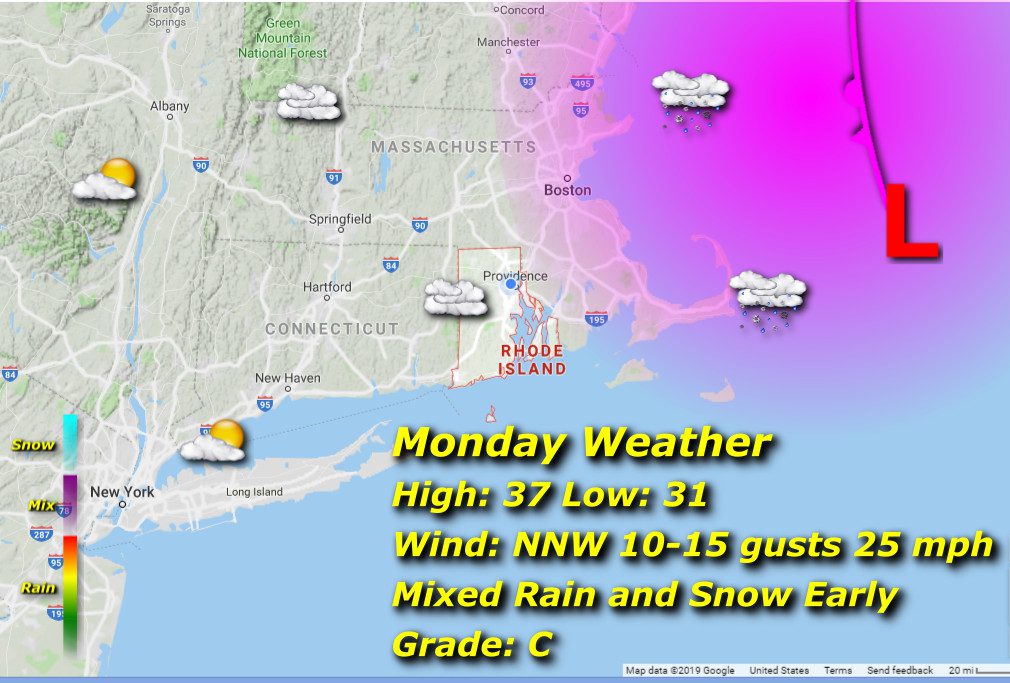 An occluded frontal system remains offshore around which mixed rain and snow and some sleet as well will swing through in the early hours on brisk north-northwesterly winds. Eventually things calm down and cloud cover starts to break and winds die down in the evening hours. Morning lows in the low 30’s rise only to the mid 30’s.