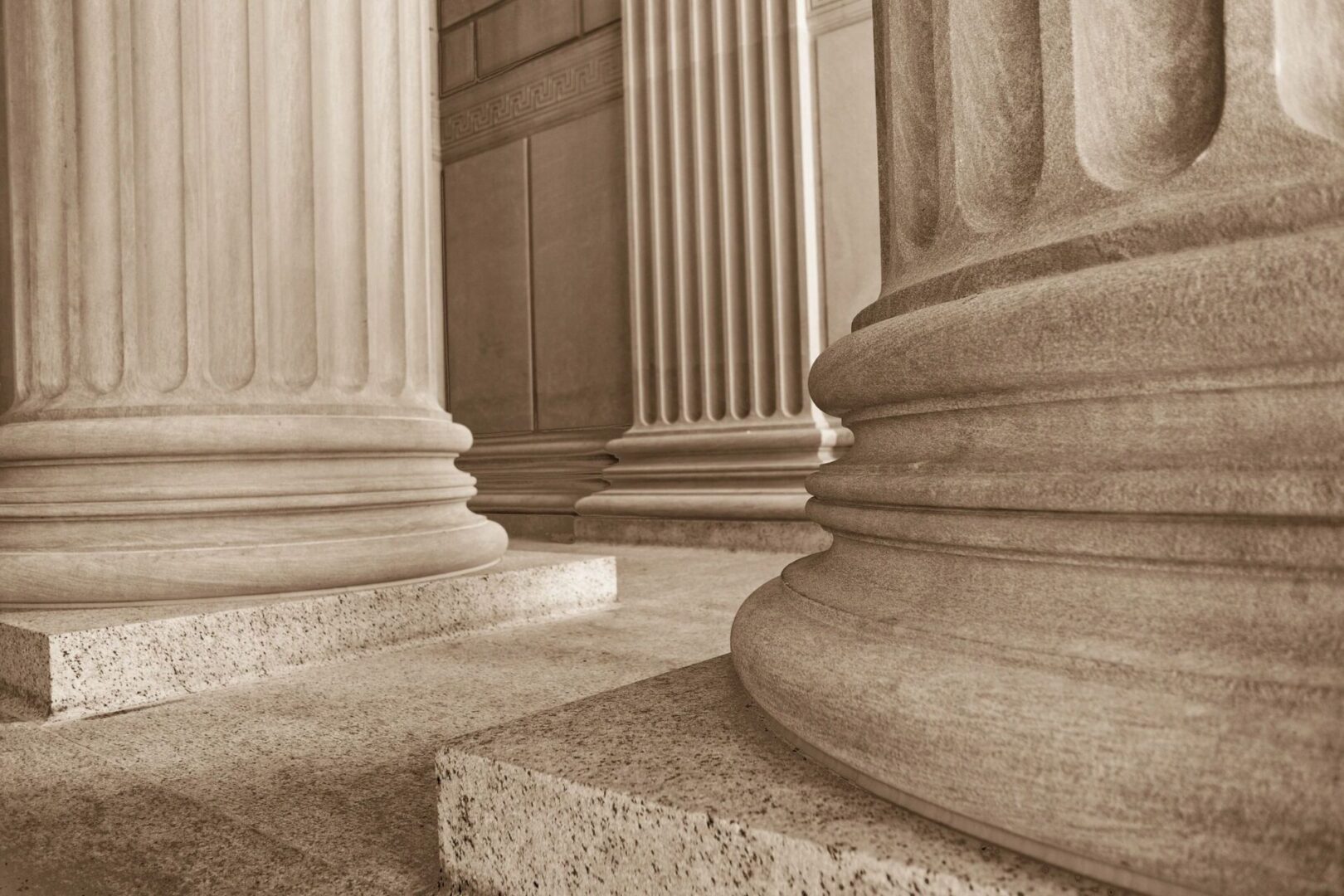 H.R. Res. 583, Reestablishing the Permanent House Select Committee on Aging (HSCoA), chances were growing slim in getting Congressional attention for passage in the final days of the 117th Congress. Extensive media coverage of the ongoing Ukraine War, the wrap up and issuance of the Jan. 6th hearing’s report and midterm election coverage kept Congressman David Cicilline’s (D-RI) resolution from getting political traction from being considered by the House Rules Committee for ultimate passage and floor action.

The HSCoA was a permanent select committee of the U.S. House of Representatives between 1974 and 1992. The committee was initially created with the intent not of crafting legislative proposals, but of conducting investigations and holding hearings to put the Congressional spotlight on aging issues. Its purpose was to push for legislation and other action, working with standing committees, through regular committee channels. If  H. Res. 583 was passed by the House Rules Committee, it would have brought back the HSCoA. No Senate action was required.

According to the Congressional Research Services, it is a very simple process to create an ad hoc (temporary) select committee by just approving a simple resolution that contains language establishing the committee—giving a purpose, defining membership, and detailing other issues that need to be address.  Salaries and expenses of standing committees, special and select, are authorized through the Legislative Branch Appropriations bill.

Taking a Looking Back

Last Congress, Cicilline’s H. Res 583 would reestablish a HSCoA without having legislative jurisdiction, this being no different than when the select committee previously existed. It would be authorized to conduct a continuing comprehensive study and review of aging issues, such as income maintenance, poverty, housing, health (including medical research), welfare, employment, education, recreation, and long-term care. These efforts influenced legislation taken up by standing committees.

H. Res. 583 would authorize the reestablished HSCoA Committee to study the use of all practicable means and methods of encouraging the development of public and private programs and policies which will assist seniors in taking a full part in national life and which will encourage the utilization of the knowledge, skills, special aptitudes, and abilities of seniors to contribute to a better quality of life for all Americans.

It would also allow the HSCoA to develop policies that would encourage the coordination of both governmental and private programs designed to deal with problems of aging and to review any recommendations made by the President or White House Conference on Aging in relation to programs or policies affecting seniors.

Cicilline’s H. Res. 583 drew the support and attention of the Max Richtman, President and CEO of the Washington, DC-based National Committee to Preserve Social Security and Medicare, who was former Staff Director of the Senate Special Committee on Aging, and on the Leadership Council of Aging Organizations (representing 66 national aging group, along with President Nancy Altman of Social Security Works, and Chair of Strengthen Social Security Coalition.

Robert Weiner, former chief of staff of the HSCoA, Tom Spulak, former staff director and General Counsel of the House Rules Committee and Vin Marzullo, a well-known aging advocate in Rhode Island, including this writer were strong advocates for passage of this resolution.

The House must reestablish the HSCoA

It is now crucial for Cicilline to reach across the aisle for Republican cosponsors when he reintroduces H. Res. 583 during the new Congress. The need for reestablishing this investigative committee still exists today as when it was first introduced eight years ago.

“America’s seniors have spent a lifetime working hard and moving our country forward and they deserve the financially secure retirement that they worked and paid for. The pandemic disproportionately impacted seniors, and now those with fixed incomes are bearing the burden of inflation and the higher costs food, housing, and other essentials,” says Cicilline.

“I’m extremely proud that we were able to institute a $35 cap on insulin costs and bring down prescription and medical costs for seniors through the Inflation Reduction Act, but there is more work to be done. Reauthorizing the House Permanent Select Committee on Aging will give us the dedicated staff and resources necessary to study and address the issues that affect seniors to make sure they can live the rest of their lives with dignity and security,” adds Cicilline.

“It is vitally important that we ensure Rhode Island seniors have the financial security, access to high quality health care and quality of life they have earned. For this reason, I am proud to support the reestablishment of the HSCoA, and encourage my colleagues on both sides of the aisle make senior citizens’ issues a priority in the 118th Congress,” adds newly elected Congressman Seth Magaziner.

In the article, “Senior’s Need House of Reps to Bring Back Aging Committee,” I previously coauthored with Tom Spulak and Robert Weiner on this statewide news blog last July, provides the rational and reasoning for reestablishing the HSCoA.

“Every day, 12,000 Americans turn 60. By 2030, nearly 75 million people in the U.S.—or 20 percent of the country—will be age 65 or older. As America grows older, the need for support and services provided under programs like Social Security, SSI, Medicare, Medicaid and the Older Americans Act also increases,” and the need for re-establishing the HSCoA becomes even more important.”

“Historically, the HSCoA served as a unique venue that allowed open, bipartisan House debate from various ideological and philosophical perspectives to promote consensus that, in turn, helped facilitate the critical work of the standing committees. Addressing the needs of older Americans in a post-pandemic world will require this type of investigative, legislative oversight, work which can only be advanced and promoted by reestablishing the HSCoA.”

“As Americans are aging, we also face a variety of intergenerational concerns that merit the investigation by the HSCoA, such as growing demands on family caregivers and a burgeoning retirement security crisis.”

“Restoring the HSCoA would provide the House with an opportunity to more fully explore a range of aging issues and innovations that cross Standing Committee jurisdiction of importance to both Republicans and Democrats, while holding field hearings, convening remote hearings, engaging communities and promoting understanding and dialogue.”

“Today, the Senate Permanent Special Committee on Aging is working on everything from scams against seniors to increasing HCBS services, to calling out questionable billing practices by Medicare Advantage insurers. Seniors have been better off over the last 30 years with a Senate Aging Committee in existence — and the Senate investigative committee would benefit from a reestablished HSCoA, whose sole mission would be to look out for older American.”

“Over 30 years ago, working closely with authorizing committees with jurisdiction over aging programs and services, the HSCoA put an end to mandatory retirement.  Alzheimer’s became a household word because of its investigative hearings. Legislation was passed to improve the quality of care in the nation’s nursing homes, even creating the nation’s National Institute’s for Health.“

“This is a unique moment in time where centrists from both sides in the House could influence legislative action thru genuine bipartisan collaboration”, said Vin Marzullo, who served 31 years as a career federal civil rights & social justice administrator at the National Service agency.   “I am urging our newly elected Congressman, Seth Magaziner, to join with the lead sponsor, Congressman David Cicilline, in the re-introduction of the House Resolution to re-establish HSCoA.

Additionally, I would advise that bipartisan efforts begin by reaching out to Congressmen Brian Fitzpatrick (R-PA and Josh Gottheimer (D-NJ), co-chairs of the “Problems Solvers Caucus,” for their co-sponsorship/support”, added Marzullo.  “That could be a pathway for better legislating and governing and Congressman Magaziner stated during the campaign that he’d look for common ground with members on the other side of the aisle.  This is it — we need an adult conversation about the Aging of America and how we intend to aid and support our elders, caregivers, and long term care options.”

Former Chief of Staff of the HSCoA under Claude Pepper, Robert Weiner agrees that it is now time to bring in the Problem Solvers Caucus to endorse and push for  Cicilline’s resolution to be considered by the House Rules Committee. “The Aging Committee has always been bipartisan, with leaders including not only Pepper and Ed Roybal as chairs, but supportive ranking minority members including then House members — later Senators — Chuck Grassley, Bill Cohen, and John Heinz,” notes Weiner.

We’ll see if Cicilline and Magaziner tag-team for a fifth attempt to reestablish the HSCoA.  For the sake of improving the quality of life of America’s seniors, House Speaker Kevin McCarthy (R-Calif) must put politics aside and work with a Bi-Partisan Coalition and the Democratic Caucus, to achieve real results for our nation’s older adults.

For details about the House Problem Solvers Caucus, go to  https://problemsolverscaucus.house.gov/.

Herb Weiss, LRI’12, is a Pawtucket-based writer who has covered aging, health care and medical issues for over 42 years. To purchase his books, Taking Charge: Collected Stories on Aging Boldly, and a sequel, compiling weekly articles published in this commentary, go to herbweiss.com.