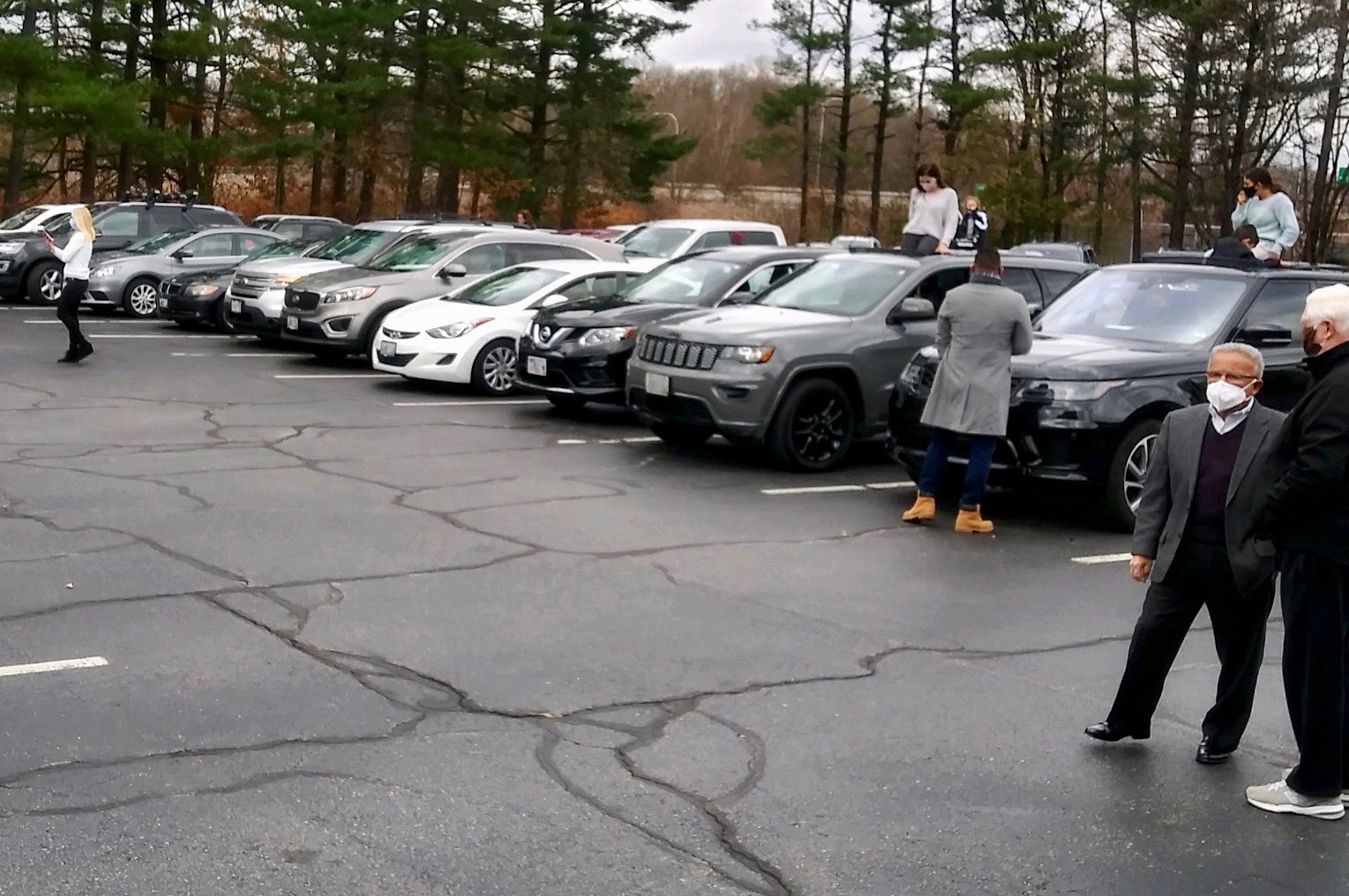 Wednesday at 11am, the RI Small Business Coalition held a socially distanced car rally to call on the state to release an additional $150M in CARES Act funding through a simple, streamlined grant process.

Lt. Governor McKee attended in support of the small businesses. Also seen at the event were Mayor Charles Lombardi of North Providence.

After a short speaking program at the parking lot, the group proceeded to the RI State House to honk their horns in a car rally and would be ending at the Veterans Auditorium, where Gov. Raimondo’s press conference is at 1pm.

Members of the RI Small Business Coalition today hosted a socially distanced car rally where over 200 participants called on the state to release an additional $150M in CARES Act funding to small businesses through a simple, streamlined and more inclusive grant process.

“Small businesses are running out of options. Many have already closed shop for good, and to hear that the Governor has held on to this money for so long has left small businesses furious,” said Chris Parisi, Co-Founder of the RI Small Business Coalition who led the rally today. “This demonstration was to ensure our small business community was heard, and that we need assistance immediately.”

“Rhode Island small businesses need cash, and they need it fast,” said Lt. Governor Dan McKee. “I strongly support the coalition’s plea for an additional $150M in grant funding for small businesses and their employees. With just over a month left before CARES Act funds expire, the name of the game needs to be: Significant funding, simple application and swift distribution.”

The rally was held ahead of the Governor’s weekly press briefing where she is expected to announce a plan to make additional CARES Act funds available to small businesses with just over a month before the federal funds expire on December 30, 2020.

Today, I announced $100 million to support Rhode Islanders and Rhode Island businesses during this pause, and to spur economic growth beyond the pause and into the new year.

This investment is split into two $50 million categories: support for Rhode Island families and support for our businesses.    Families: The first $50 million of our investment is going directly into the pockets of Rhode Island families. Every Rhode Islander who receives unemployment insurance benefits during the pause will receive an additional $200 for each of the two weeks. This is true whether you are already receiving benefits or if you file during the pause. There is no additional application – this benefit will be automatically added to your check. The Department of Labor and Training will begin processing these payments as early as December 6.    Businesses: Another $50 million will go to businesses that will be closed or severely limited during the pause. If you’re a business owner, all you have to do is fill out a simple form attesting that you have been impacted by the pause, and the Division of Taxation will send you a check up to $50,000 to help get you through the pause, based on your past revenue. The application will be available on Friday at tax.ri.gov and you’ll have two weeks to apply. We’ll start getting money out-the-door on a rolling basis as quickly as possible, even before the application period closes.

Response from the Lt. Governor to the Governor’s announced program:

Lt. Governor Dan McKee today issued the following statement on the Governor’s new relief plan which includes $50 million for small businesses shut down or severely impacted by the pause and $50 million for Rhode Islanders receiving unemployment benefits during the pause:

“Small businesses need cash, and they need it fast. I strongly support the relief programs unveiled today, but I hoped the announcement would include a comprehensive, inclusive solution for small businesses impacted by the pause, their employees and the thousands of small businesses who are already struggling to keep their doors open and will not qualify for the new funds.

While it is a positive step for some small businesses and their staff, the governor’s plan does not address the insufficiency of Restore RI, the state’s existing small business grant program. Today, nearly 20 weeks after Restore RI was launched, $20 million of the original $50 million in funding remains untouched. The causes: A lack of awareness of the program in the small business community; a complicated, burdensome application process and restrictions that continue to prevent certain categories of businesses from applying.

With the December 30th CARES Act deadline looming, this is our last chance to make things right. When the Governor announced Restore RI in July, she noted that up to $12.5 million would be available to supplement the program should additional funds be necessary. It is time. The funds are necessary. I urge the Governor to at least release the additional $12.5 million into the Restore RI program and implement the same, simplified application currently being used for the restaurant and bar grant program through the Division of Taxation. In the meantime, my team and I will continue our grassroots effort to get the word out about all grants available to small businesses, one phone call, e-mail and socially distanced visit at a time.”