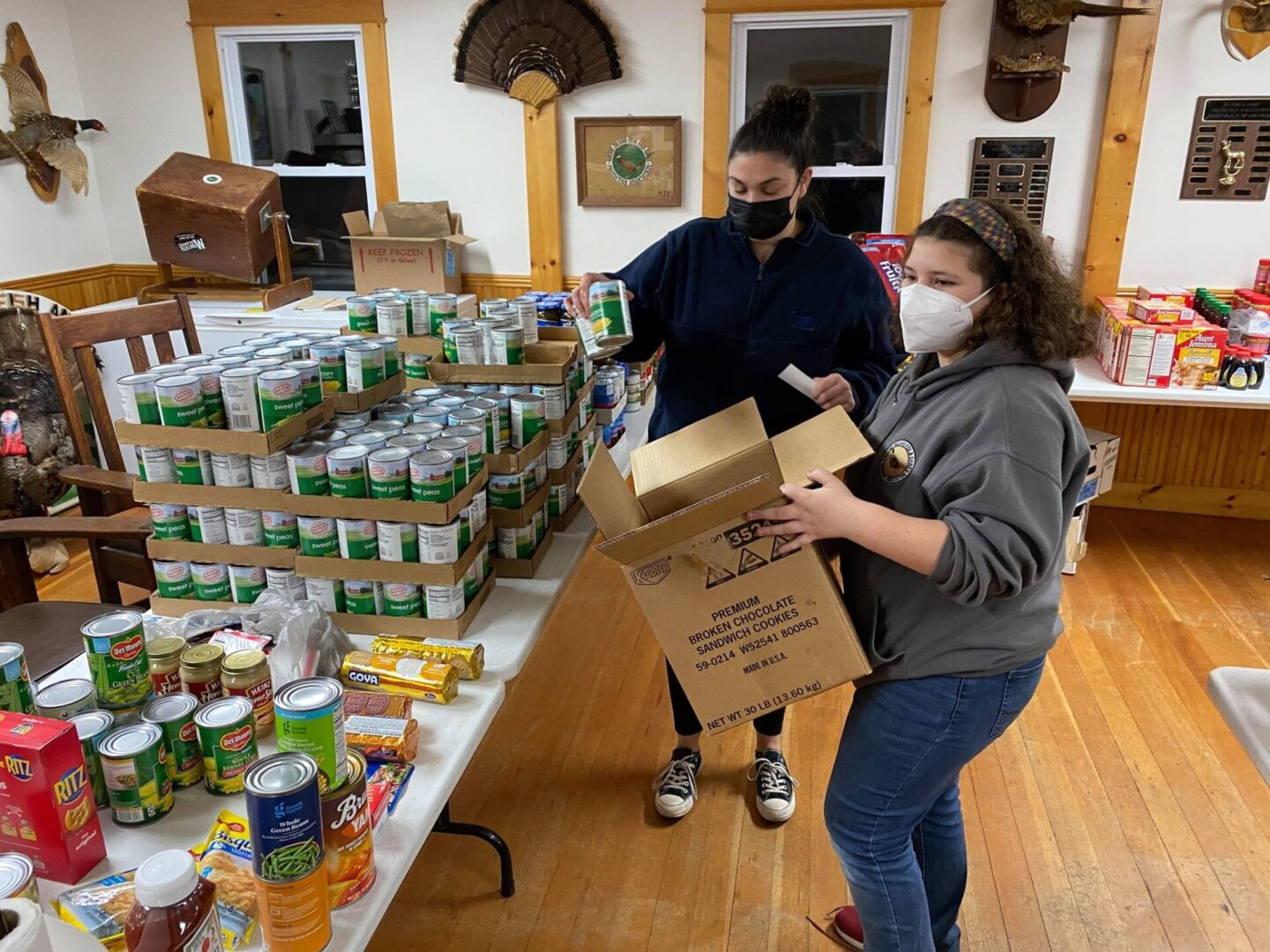 Giving thanks to our veterans on Thanksgiving

In previous articles it was noted that each year the Rhode Island Fish and Game Protective Association (RIFGPA) often performs various charitable events throughout the year. Even this nightmare of a year 2020 is no exception. When faced with very few fund-raising events due to the China Virus, the Association still found a way to assist veterans this Thanksgiving.

Donations were accepted from the membership, which turned out to be quite generous. Also substantial is the donation that from Midstate Guns in Coventry. Finishing off the contributions was another large very special donation from Amtrol Company in West Warwick – 33 Turkeys. Sincere thanks and gratitude to all who donated. These donations were the foundation of our Thanksgiving Veterans Troop baskets.

Several small shifts of volunteers handled the making of each basket. The smaller shifts required those helping to work harder and faster. While all families received identical items, quantity was adjusted for family size to ensure ample contents. With some of the larger family’s basket size was rather notable. Nonetheless they finished on time to meet the Monday morning drop off by working the entire weekend. Noticing the non-traditional items included in the baskets one may think that Santa’s helpers were involved as well. In these dire times one must pull out all the stops. Kindness that makes life a little less difficult is appreciated in all forms.

The dire straits some of our neighbors are in is evident by just driving down our roads and looking around. Anyone that says otherwise needs to go to the Faith Fellowship Community Church West Greenwich on Wednesday nights. This past Wednesday after leaving RIFGPA, it was sad to notice the line of cars at the church. The line of cars extending past the town hall were all waiting for donations from the food pantry.

RIFGPA holds Veterans in high regard and is honored to give back to the military families by making their Thanksgiving a little brighter and easing some of the burdens thrust upon these households in these troubled times.

One does not need to be a superhero to do good deeds. A patriot lends a hand to their fellow countrymen and women.  RIFGPA members come from and are a part of a long line of Patriots. It is an honor to be associated with them.