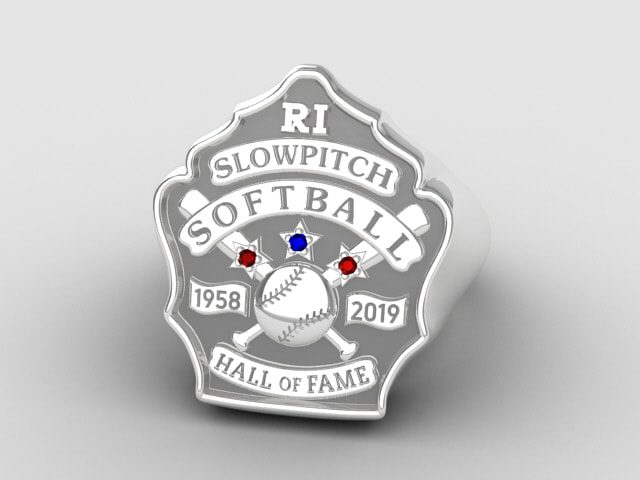 The game of slow pitch softball started as a recreation sport on our military bases back in the 1940’s. It was a way the servicemen at the time could pass time in a competitive atmosphere. Major League Baseball was the sport that everyone followed back then, but slow pitch softball allowed players from all levels and abilities to get on the field on nice days and take your mind off why you were there, and that was to spring into action at a moment’s notice.

As the wars ended and the servicemen returned home, slow pitch softball leagues were beginning to pop up like wildfire all over the country (and beyond). By the1950’s – early 1960’s Men’s Softball was growing by leaps and bounds, and soon organized softball became a sport of choice for all middle-aged men.

Throughout the 1960’s into the 70’s and the 80’s softball in Rhode Island continued to grow from A level to AA level to AAA level and then Major level. It also started to trend in a different direction, and soon the B level and C level popped up and by the mid-1990’s softball was being offered to every player at every level.

Fast forward to November 4, 2018, it was on this night that competitive adult softball finally acknowledged its history and held its first ever Rhode Island Slow Pitch Softball Hall of Fame induction dinner. On that evening, 33 of the best Coaches, Sponsors, Directors, Umpires and Men and Women players were honored by the softball community and placed in the newly established Hall of Fame that was created just for them and for those who would be following.

350 people crammed into the Cranston Country Club to witness history and to honor those trailblazers who became legends. It was truly a night to remember, and it immediately became a Rhode Island Tradition, and on November 3, 2019 that tradition continued when 24 more people were acknowledged and inducted into the Class of 2019’s Hall of Fame.

This annual celebration of softball in the state had to move to the Crowne Plaza in Warwick, RI because the crowd of 400 would never have fit into any other venue in the area. That is a testament of softball in Rhode Island, however it also says a lot about the men and women who were inducted that evening, bringing the total Hall of Fame inductees to a robust 57.

A Hall of Fame Committee member and a 2018 inductee himself, Kirby Murphy said, “By creating this Hall of Fame in Rhode Island was a big deal and it took over 20 years to go from an idea to reality. There are many people who have invested a lot of time, money and effort into the game itself. But now they are being acknowledged and appreciated. These people were there plugging away for the sport that they loved and never had any expectations beyond the here and now. Having a Hall of Fame and being inducted justifies all the hard work and effort that they invested.” He went on to say, “think about it for a second, how many people ever get the opportunity to even be acknowledged for the achievements they have made, let alone to be inducted into any Hall of Fame? This is a very big deal for everyone in the State!”

The dinner event and induction itself was themed as “A Celebration of Softball.” Because it’s more than just acknowledging these fantastic people but shining the light on the sport and softball community itself.

The 2019 inductees are: Lee Wilber of Lee’s Gals and was a pioneer of the sport of women’s competitive softball; Dave Marland of Stravato’s, West View Inn and Dan’s Place who has been a fixture on the men’s softball scene for 30 years; Robert Hoxsie of the US Postal Service team Branch 18, who won multiple Industrial State Championships and Tom Delaney of Taylor Construction/Taylor Brothers who went from a local team to a National power in the

Coaches category.  The Sponsors category has Bill Taylor of Taylor Construction who dedicated his team and himself to make their mark on the national level; Jim Tucker of All State Insurance who after being a local team in the Coventry area, emerged to at State power and John Cardullo of Players Corner Pub/Players Softball Club whose teams and personal dedication to the sport spans 54 years, were all being inducted. Robert Mernick from Warwick was the father of men’s softball in that area and will be inducted in the Directors category and in the Umpires Wing, longtime umpire’s Ray Buonfiglio and Laura Nesteriak (the first female umpire ever to work in men’s leagues, in men’s regional and men’s national tournaments in the history of the game).The Women being inducted are  Kathy Pinto, Nancy Santropadre, Paula Locke and Michelle Rawcliffe who have played for teams such as Lee’s Galsand Fair Warning among a few.

The Men’s category is divided up into two different sections. Vintage players who played in the 1960’s & 70’s, they are Charles “Chucky” Manz of Clark & Sons, Anthony Calabro of Rebels, Al Bodington of Parisault and Taylor Brothers and Norm Lévesque from Parisault Construction. Male players being inducted in the Modern player category (1980 & 1990) are Craig “Chic” Palermo of National Gold, Norman Reels of Parisault & Foxwoods and Tom Cabral of Colby Telephone.

Last year at the dinner a special award was presented as the Community Service Award, this award acknowledges a group or individual who goes out of their way to benefit those who are having hardships by using softball as a means to bring people together and pitch in and get involved. This year’s recipients are the Perry Family who raised both funds and awareness on behalf of their father Danny Perry, who was an icon in the softball community for many years and passed away in 1984 from Leukemia. The family decided to honor his memory by creating the Danny Perry foundation fighting Leukemia and Lymphoma. In over the past 11 years that the foundation has been in existence, it has raised over $100,000.00 in donations and is still going strong! The biggest event to raise these donations. Yes, you guessed it, by running a benefit softball tournament! “What we are trying to accomplish here is to honor those who have put a lot of effort to get the game to where it is and to show them thanks,” Berard says, “and to show the next generation that the efforts that are invested are not unnoticed. Plus, we wanted to roll into one annual event that softball is alive and well and celebrate the game that so many of us love!”

The founders of the Rhode Island Slow Pitch Softball Hall of Fame are President and a newly inducted Hall of Fame member of this year’s class, John Cardullo, Vice President, Robert “Bob” Berard who was a player in the 1980’s through to the 2000 teens and is the Warwick Softball director and the State Director of Freedom softball. Softball fixtures from the 1980’s and current board members, Brian Cipolla the current USSSA State director, Scott Sunderland who has sponsored and coached Men’s, women’s and co-ed teams. This year the Board has been expanded to include USA/ASA longtime State Director Bev Wiley and Men’s softball icon Kirby Murphy, both were inducted in 2018 and Anthony Calabro who will serve as the boards representative for the players who played in the 1960’s and 1970’s as well as the organizations historian.

Now that the 2019 was a big success, work has already begun on the 3rd Annual R.I.S.P.S. Hall of Fame induction ceremony/dinner, that is scheduled for November 2020. Applications for next year’s candidates are now being accepted. If you know of any worthy candidate and would like to nominate a candidate, you can log onto the Facebook page: Rhode Island Slow Pitch Softball Hall of Fame and ask for a nomination form or email John Cardullo at cardullojohn@yahoo.com and he will mail you a nomination form.