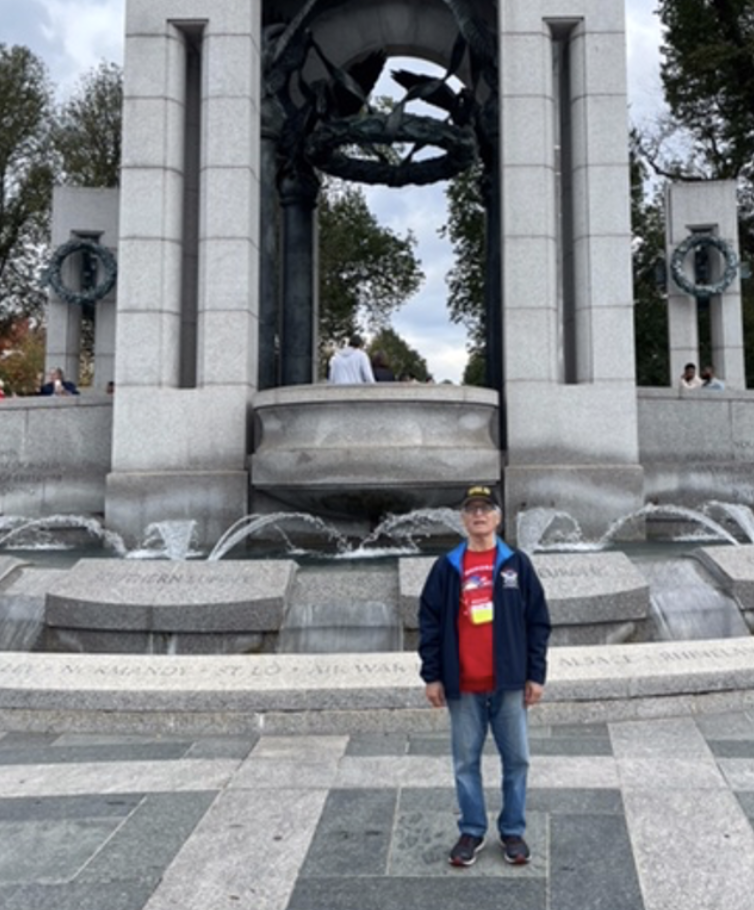 In the early morning hours on Saturday, the Rhode Island Fire Chiefs sent off a group of 60 war time veterans to Washington, DC, on the first Honor Flight since 2019.

Honor Flight recognizes American Veterans for their sacrifices and achievements by flying them to Washington DC to see THEIR memorial at NO cost to the veteran.

Today’s flight was the twenty-sixth flight bringing over 500 veterans to Washington DC to visit their monuments.

“Unforgettable, indescribable, you have to do it to believe it and appreciate it,” said American Legion historian Francis Gutierez, who accompanied a Korea War veteran on the last Honor Flight in 2019.

Six of this year’s veterans reside at the Rhode Island Veterans Home. Like the other veterans, group of veterans will be accompanied by companions to ensure every single veteran in America is willing and able of getting on the plane to visit THEIR memorial.

According to spokesman Meghan Connelly from the Office of Veterans Service, a nurse will be one of the companions for one of the six veterans who went from the Rhode Island Veterans Home; five companions are Army, and one Navy. The other veterans from the home are being accompanied by family members and volunteers.

When asked by RINewsToday.com how he felt when told he was selected, Dan said, “Honored; I couldn’t say no.”

“I have assisted in the past Honor Flights and have accompanied other veterans on the flight, but never participated as one of the veterans, “said Dan.

Many in the veteran community are shocked Dan has found the time to pause to visit and experience the memorial honoring his service as a Vietnam Veteran.

“I was taken back Dan was going. The Dan I know would say no to the offer. He would refuse, telling them he would get another veteran who needed and wanted to go, “said one Rhode Island veteran who knows Dan.”

An estimated 300 people gathered at TF Green Airport to greet the group of veterans upon their arrival and send them off on the flight to Washington DC. Included in the crowd was the Fairbank family from Cumberland, RI, which include their 2 daughters, Rachel, 8 years old, and Molly, 6 years old.

“We are here to support the veterans, said 8-year-old Rachael.

According to the RI Fire Hub Chiefs website, https://www.rihonorflight.com, the chiefs consider this flights a small token of appreciation from all of us at RI Fire Chiefs Honor Flight Hub for what you and your comrades have given to us.

Post COVID, the chiefs expect more flights in the near future. If you are a veteran WWII, Korean, Vietnam or know a veteran interested in going and further information or further contact the fire chiefs at 401-354-7905 or rifirechiefshonorflight@gmail.com or visit the website at www.rihonorflight.com.

To all those Veterans on today’s Honor Flight, THANK YOU for your service. Enjoy this special day. WELCOME HOME!!!