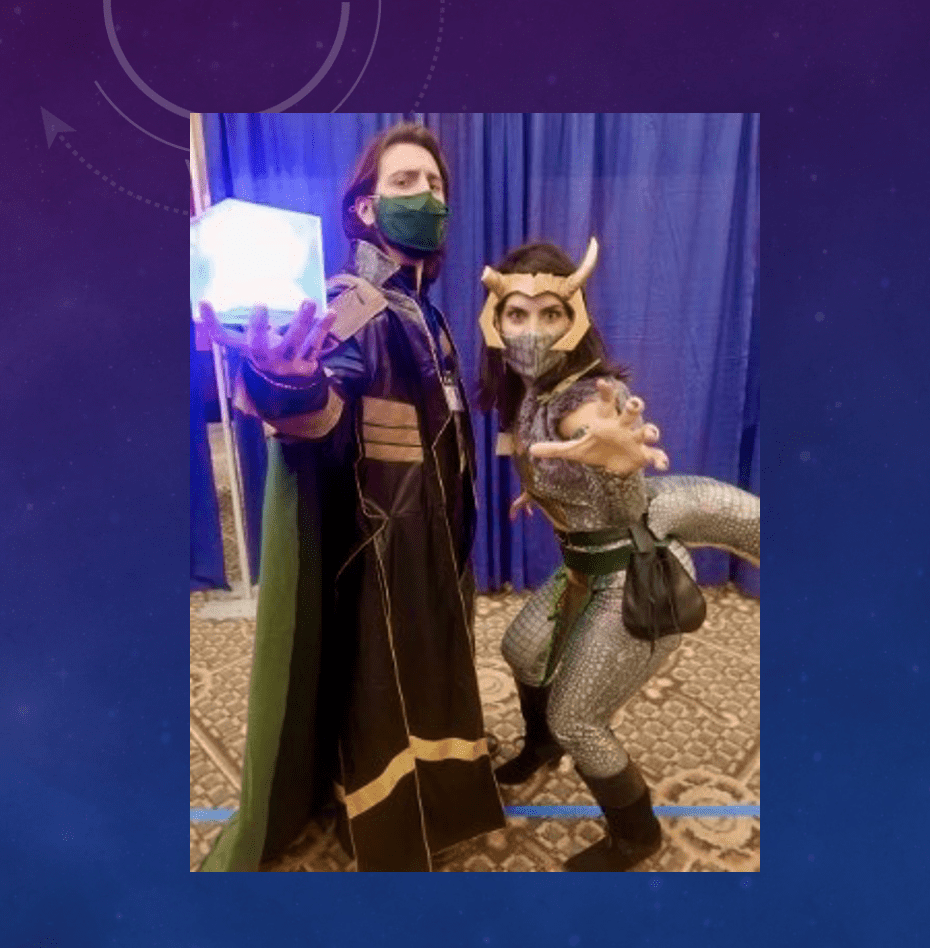 On November 5th Rhode Island Comic Con returned to the Ocean State with a bang, or if you are an Adam Cole fan, with a Boom. After a two-year absence, the event was back offering an A-List collection of artists, actors, authors, and athletes at events at the Rhode Island Convention Center, the Dunkin Donuts Center, and the Omni Hotel.

This massive production is a multi-generational pop culture gathering. What makes it so unique is, without a doubt, the fans. Everyone is there for a specific reason. They know exactly who they have come to see and are willing to spend big bucks and wait it extremely long lines to do so. The majority of the crowd take the time and effort to dress in lavish costumes. The three-day event can best be described as  a gigantic costume ball.

When I arrived on Saturday afternoon the crowd was in the thousands. I wanted to take it all in, so I began my personal walk around the entire venue.

After my initial lap of Comic Con, it was time to see the stars. The list was quite impressive. William Shatner, Lou Ferrigno, Tara Reid, Tony Dow, Jerry Mathers, Matthew Lillard, Kevin Smith, and a whole host of others.

The individual with the longest line was easily Adam Cole. The line seemed to stretch out to Cranston to meet this young man. William Shatner came in second, which I found astonishing considering how beloved Shatner is. From where I stood it wasn’t even close.

I decided to ask a few of Cole’s legion of fans why they think he is so popular. They were going to be in line for a while anyways, so they were happy to talk wrestling with me. Some love his comedic ability. Some love his wrestling ability. But the consensus was he is kind to his fans outside the ring. That was the true factor.

Also in attendance was the award winning author of the Horizon series, Rhode Island native, Tabitha Lord. She describes herself as a Sci-Fi Fantasy Author, Blogger, Mom and Teacher. She has been a mainstay at Comic Con for years. Her first experience was attending as a fan. She attended with her sister and met original cast members from Battlestar Galactica Richard Hatch and her first crush, Dirk Benedict.

She feels right at home at Comic Con because she is with her people. She has attended “Cons” in Tampa, Chicago, Boston, and Philadelphia, to name a few.

She has written a trilogy that she describes as a space opera. A World War II resistance story set in space. A must read for Sci-Fi fans. For more information on Lord’s work, you can visit her website www.tabithalordauthor.com.

Another Rhode Islander, Tim Jones, was on hand. I caught up with the creator of the widely popular syndicated comic strip, SOUR GRAPES, at his busy booth. A long time Smithfield resident, Tim travels around the country to Comic Con and Kids Con.

His comic SOUR GRAPES has been published in newspapers across the country since 2013. And – it’s been published here – in RINewsToday.com – every Wednesday, for almost three years now. It’s about “Aesop”, a flying dog, and his friends, living in a problematic world together. For more information visit www.sourgrapescomic.com.

During my Comic Con adventure, I ran into Joe Bruen from All Axxess Entertainment. During our conversation Joe enlightened me on how Comic Con has become a huge source of revenue. People attend hoping to have their photos signed and authenticated. Some people keep them, adding to personal collections, while others turn a healthy profit selling them on the open market. Joe went on to explain that the organizers do a tremendous job creating a smooth-running event with little or no problems of any kind.

Each of the celebrities have a handler – similar to a boxer having a corner man except these handlers kept track of the business end so the stars can focus on simply interacting with their fans. Tony Dow who played Wally on Leave it to Beaver was assisted by Nancy Almeida of North Providence. She explained to me that everyone follows the rules and guidelines. Nancy told me if she ever needed to speak to a patron about something they are always quick to apologize and that is the end of it.

During my visit to the Artist Alley area, Rhode Island artist, George Thibault, said that it’s important to remember Comic Con is all about the Artists that make the comics that fuel all the cool movies and merchandise that sometimes get lost and forgotten. He said emphatically that the Artist Alley is the Heart of the Con.

With that being said, I witnessed a diverse crowd interacting together, having a fun time. I encountered polite and friendly people. It felt like a big family. A positive vibe was in the air. People were smiling. Everyone was free to be who they are. The self-expression was remarkable. The entire venue was void of judgement. I left knowing I had just experienced something special.

May the force be with you.

o read a story about Brendan, from our sports department, go to: https://rinewstoday.com/knuckles-nelson-waking-up-from-the-wrestling-ring-to-the-yoga-mat-john-cardullo/