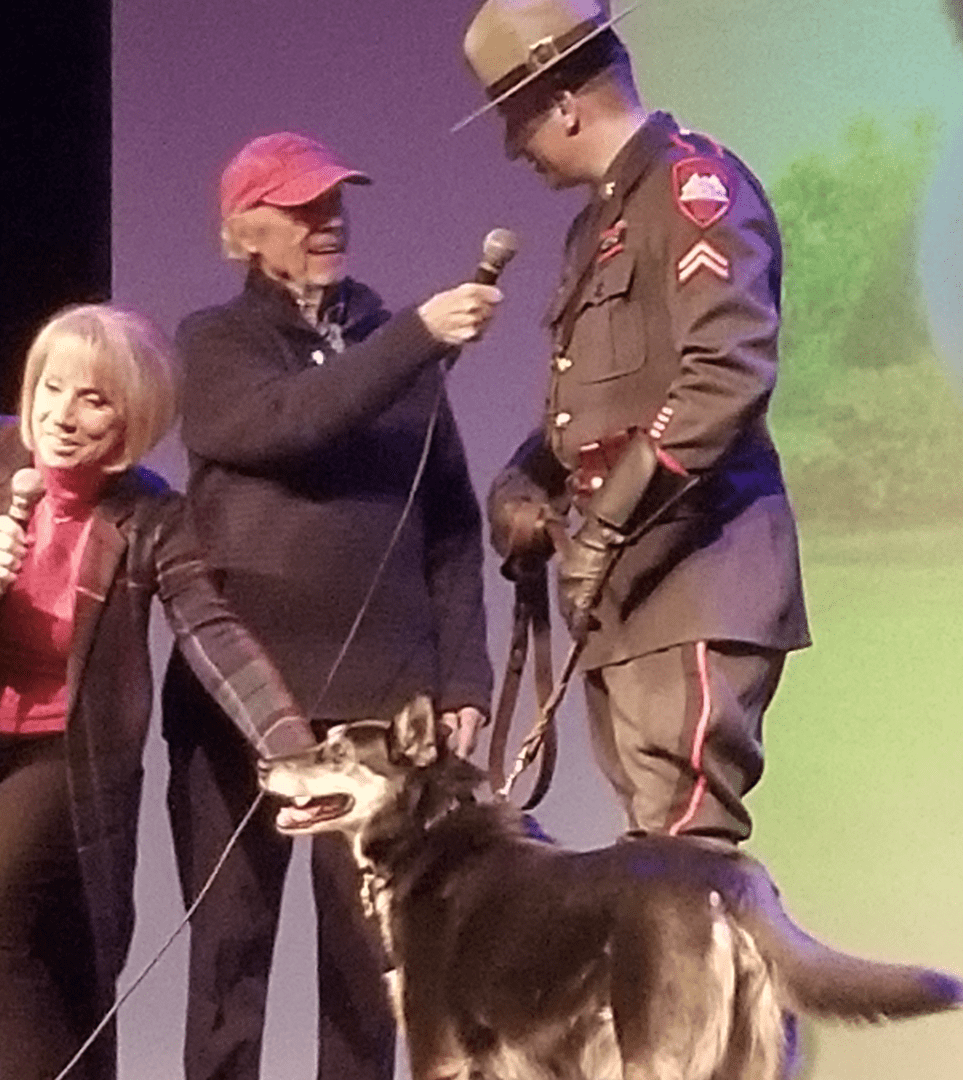 “Rescued By Ruby” gets a 5 Paws rating – Brendan Higgins

An exclusive screening of the Netflix original movie Rescued By Ruby was held at the Greenwich Odeum Monday night. The Rhode Island State Police, along with their families and friends, were out in force. Also in attendance was Governor McKee to witness a moment in Rhode Island history.

The night began with executive producers SQuire and Louise Rushnell addressing the audience. SQuire was the father of Schoolhouse Rock. He got the evening off on a nostalgic note asking the crowd to complete the sentence, “Conjunction Junction?” as we all joined in and replied, “What’s your function?” Both SQuire and Louise were delightful and entertaining. Soon after that they asked Cpl. Dan O’Neil and his K9 wonder dog, Ruby, to join them on stage. Both are members of The Rhode Island State Police search and rescue team. Colonel James Manni also came onstage to say a few words. This was the only in theatre viewing of the movie anywhere in the country.

The movie itself was excellent. After multiple failed attempts to find shelter dog, Ruby, a home, she was scheduled to be put down. Pat Inman worked at the shelter and was doing everything she could to get Ruby transferred to a no-kill shelter. For any animal lover it will be heartbreaking to watch at times. In a universal twist of fate Dan O’Neil comes to the shelter looking for a dog at the 11th hour. The events that unfold after that are incredible. The movie is filled with life lessons but the biggest message I took away from the movie – Love will always prevail.

The cast is perfect. The movie is not filmed in the Ocean State, but they did a great job capturing details like our one-of-a-kind accent. One of the things I liked was the way the State Police were portrayed. We have the best State Police force in the country. I felt proud to be from Rhode Island watching this film.

This is a true family movie. There is no foul language. There are no gun fights. There are no explosions. As much as I loved the story, it was the panel discussion immediately following with the real people the characters are based on that created an electric atmosphere in the theatre. Not a single person left after the credits rolled. We all relaxed and listened to these noble men and women share how they felt about what we all had just watched together. After all, they lived it. I had the privlidge of sitting behind the O’Neil family during the movie and the pride on the faces of Dan’s 2 sons was heartwarming.

I give Rescued By Ruby A 5 Paws rating. It will be streaming on Netflix starting March 17th.