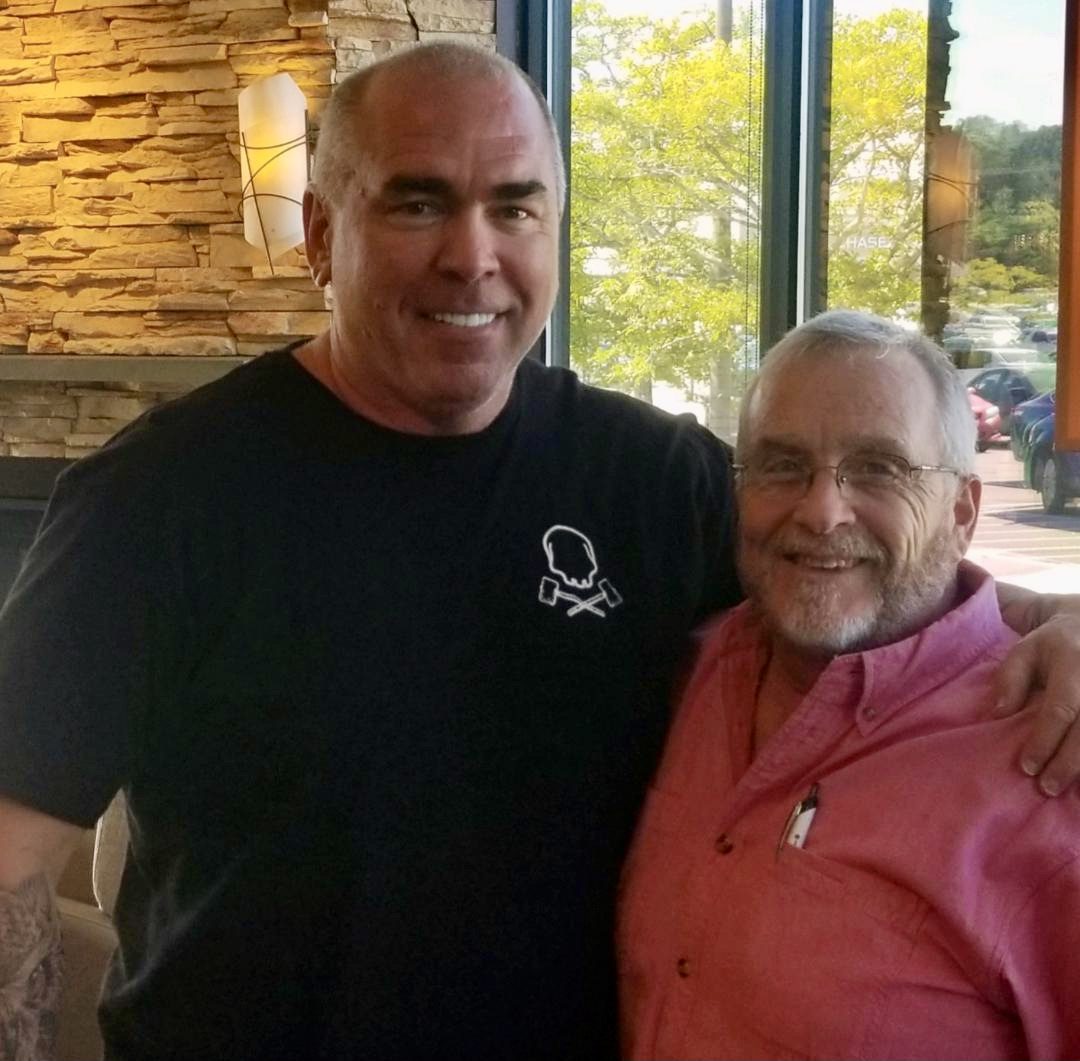 Knuckles Nelson – Waking Up: From the Wrestling Ring to the Yoga Mat – John Cardullo

Waking Up – From the Wrestling Ring to the Yoga Mat is the real-life story by Rhode Island’s own Professional Wrestler, Knuckles Nelson, A.K.A. Brendan Higgins.

I met a young Brendan Higgins back in 1979, when I was just out of school and trying to find my way in life, and Higgins was a few years younger, but I wouldn’t find out until much later that he was already on the same journey. It would take us 40 years for our paths to re-cross and when they did, I discovered that our journey through our reunion took on a very different path.

As a published columnist for RINewstoday.com I discovered that I had a platform on a weekly basis. The columns were increasing in readership with each story I wrote. My editor gave me the freedom to look and find interesting “off the beaten path human interest stories.” They struck a chord with my readers.

By chance I discovered an old friend on Facebook – one I had lost contact with many years ago. Through that venue I discovered that he had written a book on his life’s journey. After reaching out to Higgins and arranging to reconnect he surprised me with a book that he autographed to me. It was my intention to interview him for one of my weekly columns. I decided that during our “reunion”, I wanted to read the book and then interview Higgins at a latter time to bring the story to full circle. As I completed his book, I made the decision that the story I wanted to write was different than the one that I needed to write. So, I decided that this was going to be a story written in two parts.

This is part one.

Waking Up – the book: Brendan Higgins was a self-admitted troubled youth. He was raised in a loving home by his father, Robert. “Bob”, and beloved mother, Barbara, and brothers, Kevin and Jeff. Growing up, Brendan felt that there were underlining issues. Being an independent thinker, authority was a suggestion and he felt that he had to constantly keep himself in check. He had this feeling that his destiny along the long road known as life was not going to be the straight and narrow routine journey.

Having many friends growing up, he felt like a loner, and he had no real plan as he entered the job market as a young adult. Like many other young adults, Higgins’ career was to get through a day of work and get out. Alcohol and daily “social” drug use was a part of his routine. The cycle didn’t look as if it was going to change anytime soon.

That was until he and a friend answered an ad to “Learn Wrestling the right way!” Higgins was a huge wrestling fan throughout his entire childhood and to see this ad to become a professional wrestler was the answer he was looking for.

Higgins’ career took him to the local Southern New England wrestling scene, wrestling for little to no pay. Venues included small Elk’s Halls to small gyms to anywhere a match was being held, most of the time, on consecutive days, with no guarantee of any pay outs, or fame or anything!

During a “match” or show, a promoter happened to be in attendance on an evening Higgins was on the card. Higgins caught his eye. The offering of bigger venues and payouts and meeting more powerful people up the ladder was there. Through all his successes and failures Higgins continued to wrestle. He was now in the same company with some of the biggest names in the wrestling business and got to “rub elbows” with some of them. Never exposing the inner workings of the sport, Higgins confessed that his was an entertainment business; and there were heroes and villains. Without one, there wouldn’t be the other.

Higgins/Knuckles played the part of the “bad” guy as part of a tag team known as “The Brotherhood”. They were the guys that you loved to hate. The lower level of the sport money was made by the wrestler by promoting and merchandising himself. The sport allowed Higgins to wrestle all over the globe, winning the NWA World Tag Team Champion 3 times as well and becoming the New England Heavyweight Champion. The NWA is the oldest governing body in the history of wrestling. He also toured Japan several times, but for all the apparent success and fame, there was a trail of broken relationships, and continued self-abuse and deep-down demons.

Higgins went on a journey to find answers to the meaning of his life and the questions that he had, one that had plagued him almost his entire life. Hitting major highs such as meeting and becoming friends with his wrestling hero, “Handsome” Jimmy Valiant, to losing his beloved mother, Barbara, and having suicidal thoughts.

Even heading down under to Australia to meet and do a mini-tour with one of his all-time favorite bands who he was able to connect with online, Electric Mary, diving into Yoga to help find an inner peace and rediscovering his own path to finally quite down the demons that never let him know peace until a series of events helped him guide his way. The book, like its author, is a raw, in your face, no apologies offered road map into the life and times of a local sports celebrity who lived his life his way as he traded the spotlight of the wrestling ring for the Yoga mat to sliding into a career of public transportation. Looking for answers to all his questions and discovering that answers like questions hold different things to different people. It’s hard to say if Higgins has gotten all his questions answered but one thing is for certain, “Waking Up” is a fascinating read.

For myself, the book was hard to put down. Perhaps because I know the author and our paths have crossed each other, and then away from each other, and then back again. Or, that many of the people who were mentioned were people I have either met or knew about. Or was it just a bittersweet story that had to be told? This is a must-read book, for all of us searching for fame and success but having this doubt and emptiness following you wherever you go. Either way I will leave it to you, the reader, to decide. You can purchase the book on Amazon.