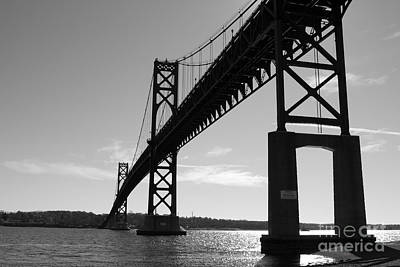 Immediately following the report of an earthquake that rumbled through parts of Southeastern Massachusetts and Rhode Island on Sunday morning, the Rhode Island Turnpike and Bridge Authority (RITBA) consulted with its bridge engineers and dispatched RITBA engineering and maintenance personnel to assess and inspect the Newport Pell, Mount Hope, Sakonnet River and Jamestown Verrazzano Bridges.

As part of the assessment, particular attention was given to the alignment of the joints on the bridges. Utilizing protocols developed specifically for post-earthquake inspections, RITBA found no issues with any of its four major bridges. “The safety of these bridges and their structural integrity is RITBA’s top priority. We are pleased to report that our initial inspections have revealed no issues with any of our four major bridges,” said Lori Caron Silveira, RITBA’s Executive Director. As part of RITBA’s 10-year capital improvement plan, a comprehensive inspection of the four major bridges occurs regularly and is an ongoing process.

The biennial inspection of the Mount Hope Bridge is currently in process. This weekend’s seismic event will prompt the development of enhanced inspection procedures to ensure that the most vulnerable areas of RITBA’s bridges are monitored for any post-tremor issues.

According to the Martha’s Vineyard Times: “People have been experiencing earthquakes in New England since at least colonial times.

“Moderately damaging earthquakes strike somewhere in the region every few decades, and smaller earthquakes are felt roughly twice a year,” according to USGS. “The Boston area was damaged three times within 28 years in the middle 1700’s, and New York City was damaged in 1737 and 1884.