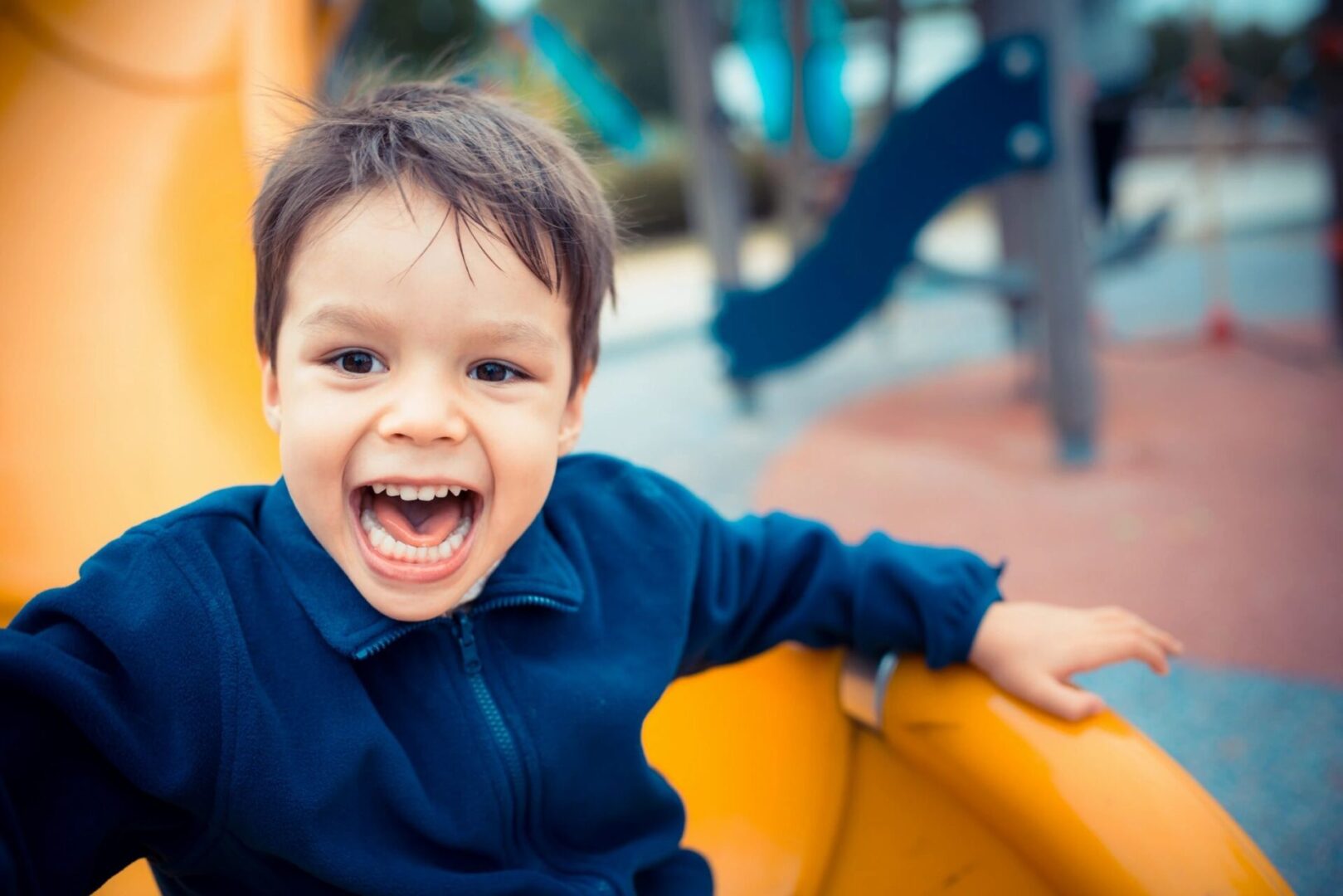 Pandemic causes 38% decrease in Lead Screening for our children

First, let us savor some good news. Thanks to Sen. Jack Reed’s continued advocacy, it was announced last week that the Lead Safe Providence Program would receive $5.7 million in new federal funds. The money will be targeted to reduce the hazards of lead paint in city housing, which will help to pay for interventions in some 275 homes in the city as well as fund some 300 inspections to identify lead hazards.

“Lead poisoning is a silent scourge and it is 100 percent preventable,” said Reed, in the news release accompanying the grant announcement.

Translated, childhood lead poisoning is a man-made scourge. There is no safe level of lead in children, scientists and doctors agree. Lead is an irreversible neurotoxin. Even at very low levels, lead exposure in children can cause irreversible damage, including slowed growth and development, learning disabilities, behavioral problems and neurological damages.

Rhode Island has some of the most progressive laws in the nation, mandating testing for childhood lead poisoning and requiring remediation of lead-contaminated properties. Because so much of Rhode Island’s housing stock was built before 1978, there is a preponderance of structures that contain lead paint.

The bad news
However, one of the disruptions caused by the coronavirus pandemic has been a dramatic decrease in children’s lead screenings between March and September of 2020, compared to those same months in 2019.

What that means, according to Laura Brion, the executive director of the Childhood Lead Action Project, is that the problems of childhood lead poisoning have fallen off the radar screen and become invisible again.

“It becomes invisible unless kids are tested,” Brion told ConvergenceRI in a recent interview. Worse, she continued, because so many families are spending more time indoors, in homes that may already not have been safe, there is no way of alerting families to the danger without testing. “When childhood lead screenings are cut by more than a third, the extent of the problem cannot be known.”

Here is the ConvergenceRI interview with Laura Brion, the executive director of the Childhood Lead Action Project, one of Rhode Island’s oldest advocacy community groups focused on healthy housing, in a time when the coronavirus pandemic has exacerbated the safe housing crisis.

ConvergenceRI: I saw the story about the fact that some $5.7 million is coming to Rhode Island for lead prevention work. It didn’t specifically mention the Childhood Lead Action Project. So, I was wondering if any of this money will be going to you, and how it would be supportive of your ongoing work.
BRION: Thank you for asking. The Lead Safe Providence Program is run by the city of Providence. It funds the repairs [to houses containing lead] with forgivable loans, given to owners of those homes. The work is prioritized for families who are living in pre-1978 housing, with a child [or children] under the age of six, [targeting] families who are at or below 80 percent of area median income.

It is really a terrific program. The financial terms are very generous. Even though it is technically a loan, that loan is fully forgiven within a few years if the homeowner meets some basic requirements, [such as] not selling the house, and not raising the rent on tenants.

We have been [collaborating] for a long time [with the program], on an ongoing basis, primarily promoting the program, because we want to see people who need help the most get connected with it. Obviously, $5 million may sound like a lot, but that’s not enough to help everyone in Providence who needs the help.

The program is federally funded, and the city applies for a grant every few years to keep the program going.

Most of the money in this grant goes to hiring contractors to do the actual lead abatement work. But they also subcontract with a few local partners on a regular basis. We are likely to receive a small amount of funds to do contractor safety training and community outreach.

And, it goes hand-in-hand with the city’s efforts to enforce lead-related housing code requirements for rental housing. It helps people afford to make the repairs under code-enforcement that are required by law. It is really important for the city to have a balanced “carrot-and-stick” approach for this effort to reduce [lead hazards]. To my knowledge, the $5.7 million award is the largest size of this grant that they have received. We’re really excited about that.

ConvergenceRI: How has COVID-19 pandemic, coupled with the resulting eviction crisis, affected your work?
BRION: When so many people [seemingly] overnight are struggling to pay their bills, including housing bills, the job of trying to help people access safe affordable housing, and to make sure that safe affordable housing is available, has gotten more difficult in an exponential way.

We are still laser-focused on helping families to access safe, healthy housing. We see housing as a human right – including the right for safe housing that doesn’t poison children or harm people.

We have shifted some of our tactics for how we get there. Right now, we have been putting a fair amount of work into helping with more general tenant organizing and education. One of our community organizers is spending a lot of time helping to organize a new group, called the “Tenant Network of Rhode Island.”

We really want to see a state-level eviction moratorium that will protect people – and a rent and mortgage forgiveness program that won’t leave people with piles of debt and at risk of becoming homeless. It is really important for the state to step up in that area.

The state has created some rental assistance programs, but unfortunately, they are not helping enough people. You may have heard about some of the coverage of that. [A story by Sofia Rudin on the Public’s Radio, “ ‘Hurry up and wait’: Rent relief programs struggle to deliver aid to low income tenants.”] It is atrocious, the degree to which they are failing to meet the community needs; it’s awful.

The story detailed how there have been millions of dollars pumped into rental assistance programs, but because of all the strings and red tape involved for people to be able to qualify, only a small fraction of those funds have been spent.

ConvergenceRI: With so much happening, with so many things in crisis, many stories are overlooked by the news media.
BRION: Tenants who have tried to get help – and housing activists – know that these programs are failing. But I have only seen one or two articles that have actually broadcast this to a larger audience.

I think that the creation of this program got a lot of press at first. So there may be people out there who are not dealing with this crisis personally, who may think that this under control. And it’s absolutely not.

It’s not getting enough press. It’s definitely like old news to me, but it should be breaking news to everyone else.

ConvergenceRI: With the coronavirus crisis, and the need to pivot to be working in a more virtual world, have you found yourself working with new collaborators?
BRION: Yes. The Tenant Network is a dedicated group of volunteers working on tenant rights broadly, and it is a new bright spot and an example of communities getting together to support each other.

ConvergenceRI: How have you been collaborating with Brenda Clement at HousingWorks RI at Roger Williams University?
BRION: HousingWorks RI has been an excellent source of information about housing and related problems. I know that in the upcoming factbook, they are going to be including more about healthy housing and problems with lead and some of the other issues that need more coverage.

For instance, when I want to document that the amount of money that has been pumped into state rental assistance programs is way less than the actual need is, I go to Brenda to get my numbers and information about what is actually needed to do our advocacy work.

ConvergenceRI: How has attempting to connect and work within a virtual world changed your approach?
BRION: I’m not going to sugar coat it. Building communities and making personal connections when you can’t meet with other people in person is really hard. There are certain parts of this work that are really suffering because of this.

We have been able to continue to have advocacy meetings and make plans with community members through Zoom and Google meetings and through other kinds of video conferencing. We tend to do a lot more of text messaging. We can often reach people by text messaging without causing [extra technology burdens]. Most people have cell phones, they already know how to do that, and it is not going to cost them extra money.

But it is not really like knocking on doors and holding community meetings.

It’s challenging. Today I started the first in a six-part series of trainings for community health workers. In the past, I tried to make my workshops really interactive, with a lot of time spent in discussion. I see myself as a learning facilitator rather than a lecturer.

It is a lot harder to do that on Zoom; we have to use Google maps to navigate a walk around the neighborhood, and to bring up on my computer screen how to find out if their house is built before 1978.

ConvergenceRI: There is a new dean at the School of Public Health at Brown University, Dr. Ashish Jha. Have you thought about reaching out to him and inviting him to take a walking tour with you? Or take him on a virtual tour?
BRION: That’s a good idea. About 20 years ago we did a tour we called the “House of Horrors” around Halloween, featuring some of the worst landlords who were ignoring their tenants, unmasking them.

ConvergenceRI: Are there key issues that need attention at the State House in terms of preventing childhood lead poisoning?
BRION: It is important the proposed Housing Bond gets a place on a ballot that will come before voters sooner rather than later, so that the state’s work to keep housing safe and develop more safe, affordable housing doesn’t grind to a halt.

For the full story: http://newsletter.convergenceri.com/stories/healthy-affordable-safe-and-lead-free,6074