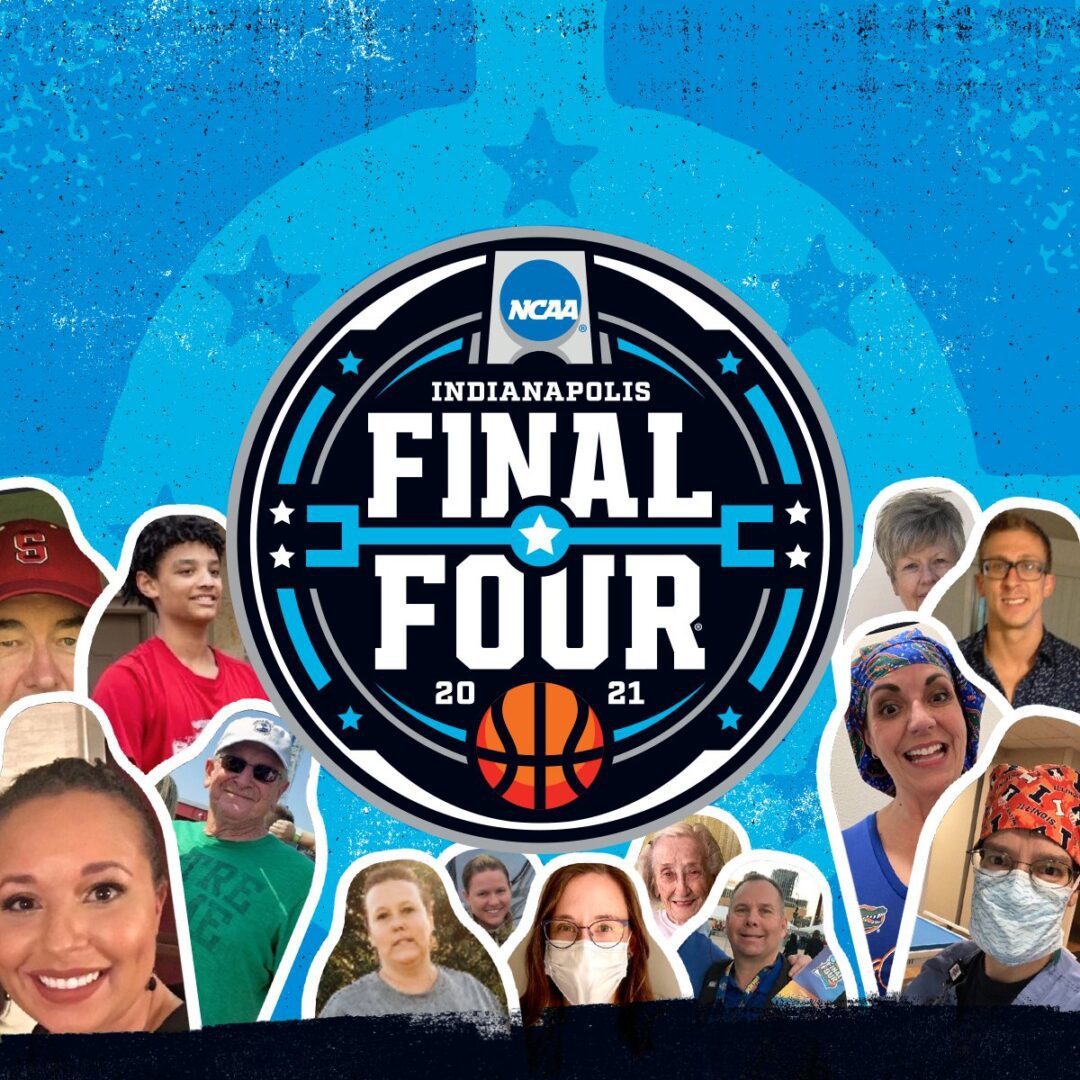 The NCAA Basketball season gets ready to wrap up and crown both a Men’s and Women’s champion for 2020-21, a season that will be forever known for plowing on during a Pandemic.

The Final Four teams are set in both the Men’s and Women’s side of the brackets and for those fans who entered a traditional “Office” pool or a hard-core gambler laying down a wage, one thing for certain was the Men’s bracket proved to be “interesting”, to say the least. There were 17 upsets in this annual event as the teams push onto the elite eight, many of those upset wins certainly broke many people’s brackets.

The Women’s brackets did see a few upsets in the early rounds; the upper seeds in the next round seemed to balance the bracket back to where it was expected, in other words the ladies were more predictable than the men’s and the cream certainly did rise to the top.

Leading off on the Men’s side, after the wreckage of the first two rounds, the tournament settled down as the Sweet 16 round revved up.  in the East part of the bracket, as predicted, #1 seed Michigan jettisoned the #4 seed Florida State 76-58; but it was the #11 seed UCLA Bruins and the ghost of John Wooden continuing their amazing run and knocked out the #2 seed team Alabama with a tight 88-78 victory. Then UCLA held off Michigan in the last seconds to punch their ticket into the final four topping the Wolverines 51-49 in a thriller. For those of you at home, UCLA performed two more upset wins bringing the tournament total to 19 upsets.

Not to be outdone, the number 12 seed Oregon State sent #8 seed Loyola and Sister Jean home with a 58-65, as #2 seed Houston Cougars routed the #11 Syracuse team packing with a 62-46. Then the Cougars assured that there were going to be no more upsets on their side of the brackets when they eliminated #12 Oregon State 67-61, gaining their entry into the final four.

Over in the South and West side of the bracket things took a more traditional tone when #1 seed Baylor upped #5 Villanova 62-51, the #3 seed Arkansas ended the Cindarella run of the #15 seed Oral Roberts University in a 72-70 buzzer beater. Arkansas fell to Baylor 81-72 as Baylor advanced into the final four. Now there were 3 out of 4 teams in the final four and Gonzaga the topped rated #1 seed and working on an undefeated season was up. After taking care of the #5 seed Creighton 83-65, the “Zags” watched as the #6 seed USC beat #7 Oregon 82-68. Gonzaga went on to beat USC in a business-as-usual fashion 85-66 to round out the Men’s final four show down where they will take on UCLA and Houston and Baylor will have a good old fashion Texas throw down.

After the smoke had cleared in the men’s side, there were 20 upsets along the road to the final four, and what remains is two #1 Seeded teams a #2 seed and a dream making #11 seed hoping to shock the nation.

Meanwhile down in the heart of Texas the ladies were playing out their dreams. Upsets were far and in-between to this point, but they happened and in the elite eight heading to the final four, you never know. In the Riverwalk region, all pretty much went as expected to this point and was going to stay that way when #2 seed Baylor edged out #5 seed Georgia 78-75. #1 Seed UCONN eliminated #5 seed Iowa 92-72, then in what was to be a white-knuckle game, UCONN held Baylor with a 69-67 victory and taking spot number one in the ladies final four. The Mercado region saw two upsets as the #4 Indiana Hoosiers knocked out the #1 seeded North Carolina State 73-70, then #3 seeded Arizona beat up the #2 seed, Texas A&M 66-59. This brought the upset count to 8 for the tournament. The regional final #3 Arizona sent #4 Indiana packing with a 66-53 victory as they were heading to the final four.

The Hemifair region had the #1 seed South Carolina Gamecocks topping # 5 Georgia 76-65. The #6 seed Texas shocked #2 seed Maryland 64-61 recording the 9th upset in the tournament. South Carolina blew out Texas with a 62-34 win and gaining their spot in the final four. This left the final region to fight it out for the last spot into the final four. The Alamo region saw no upsets when #1 seed Stanford took care of business beating #5 seed Missouri 89-62. The #2 Louisville Cardinals also cruised to and easy win over #6 Oregon 60-42. The final spot into the final four belonged to the higher seed Stanford when they eliminated Louisville 78-63.

The match ups for the final four falls like this, #1 and favorite to win the whole thing Gonzaga will play UCLA and Texas will take on Baylor. The ladies will have three number one seed teams remaining with a number three seed team hanging in to play for the National Championship. Stanford will face off against South Carolina as Arizona will play the UConn Huskies for the opportunity to play for the championship and the way this whole season has played out and the tournaments have gone so far, nothing is a sure thing, let the upsets flow!