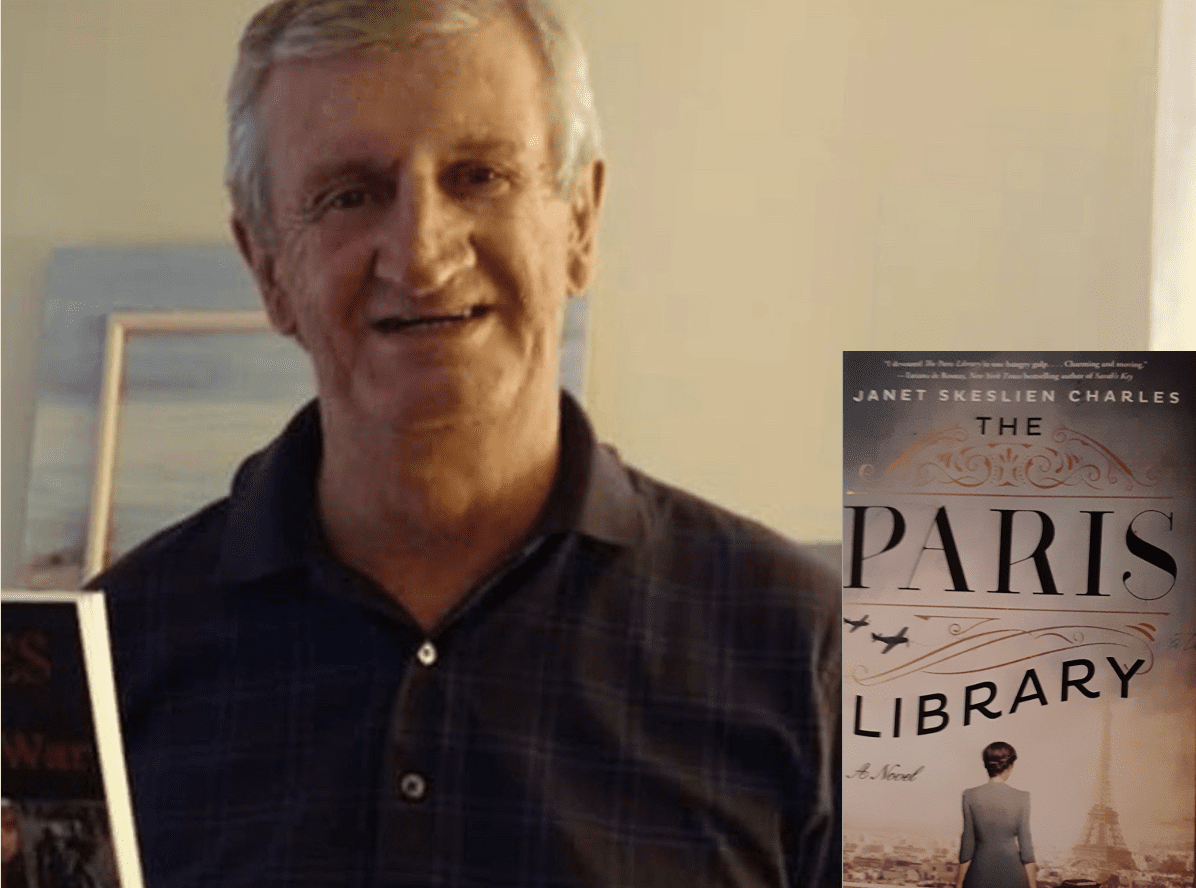 The main setting is Paris from pre-Nazi invasion 1939 thru the City of Lights liberation by the Allies in August of 1944. These five years comprise one of the most complex and divisive spans in French history. Allegiances, partnerships, friendships and family fealty are all severely tested as the war first creeps towards, then consumes Paris.

Odile Souchet, Charles’ protagonist, lands a job at the American Library in Paris, much to the chagrin of her police superintendent father who believes young women should marry, not work. Odile is a lover of literature and thrives in the neat orderliness of leather-bound books stacked on shelves in perfect Dewey Decimal sequence. She has made it a goal to memorize the entire numbering system. Odile also separates people into categories.

The American Library’s staff is populated by an eclectic cast of characters; Boris, a Russian emigre, Margaret, wife of a British diplomat, and the library’s Director, Miss Reeder from Milan via the Library of Congress in Washington, D.C. Charles captures the transition of Paris from a naive enclave believing it safe from the German Army’s advance across Europe into a cautiously optimistic city, confident in the strength of the French Army and the impenetrable deterrence of the Maginot Line, and finally, tragically, becoming a place of occupation and acquiescence. Foreigners who are natives of Allied countries were urged to flee the city. Jews were harassed, forced to wear identifying gold stars on their clothing and eventually sent to internment camps where many died.

As Odile settles in at her new job at the American Library she meets and falls in love with Paul, a policeman. The winds of war whirl closer to Paris and while Charles does an admirable job describing the building tensions which permeate all her characters’ lives, she uses a conceit which interrupts the flow of the story. As early as Chapter 2 the author propels us forward to 1983, where we find Odile, now an elderly widow, living in, of all places, Montana. A quiet recluse, Mrs. Odile Gustafson was called the War Bride by folks in the small town of Froid. Even though she had lived in Froid since 1945 she is shrouded in mystery which intrigues her 12-year-old neighbor, Lilly, who is writing a paper on France and discovers Odile came from Paris.

The sudden time and location shift allows Charles to offer up the big tease of how and why the young Parisian woman wound up in a small town in the Great Plains of America. The shifts are meant to move us towards the “big reveal”, Odile’s long hidden secret which transformed her into the War Bride of Froid. However, the eleven chapters, out of a total of forty-eight chapters, based in Montana in the 1980’s slow and weaken the momentum of the Parisian tales. Moving from Odile’s friends being deported or arrested by the Nazis in 1940 Paris to suddenly entering Lilly’s middle school world in 1980 Montana is merely interruptive of the main and most compelling plot.

Perhaps the author could have chosen a less disruptive method of providing the reader with Odile’s tale. These chapters read like a Young Adult fiction with Lilly’s boy troubles and school bullies. Not sticking to a genre is part of The Paris Library’s weakness. Mostly a solid historical fiction it is watered down by a splash of Young Adult themes and corrupted by some overwrought romance novel level cliches. At one point Odile describes a night in Paris, “Paul fed me spoonfuls of flan. The cream slipped down my throat, dewy drops of happiness.”

While sentences such as that sometimes makes The Paris Library difficult to digest, the book does shine a light on the perils of life in Paris during the German occupation.