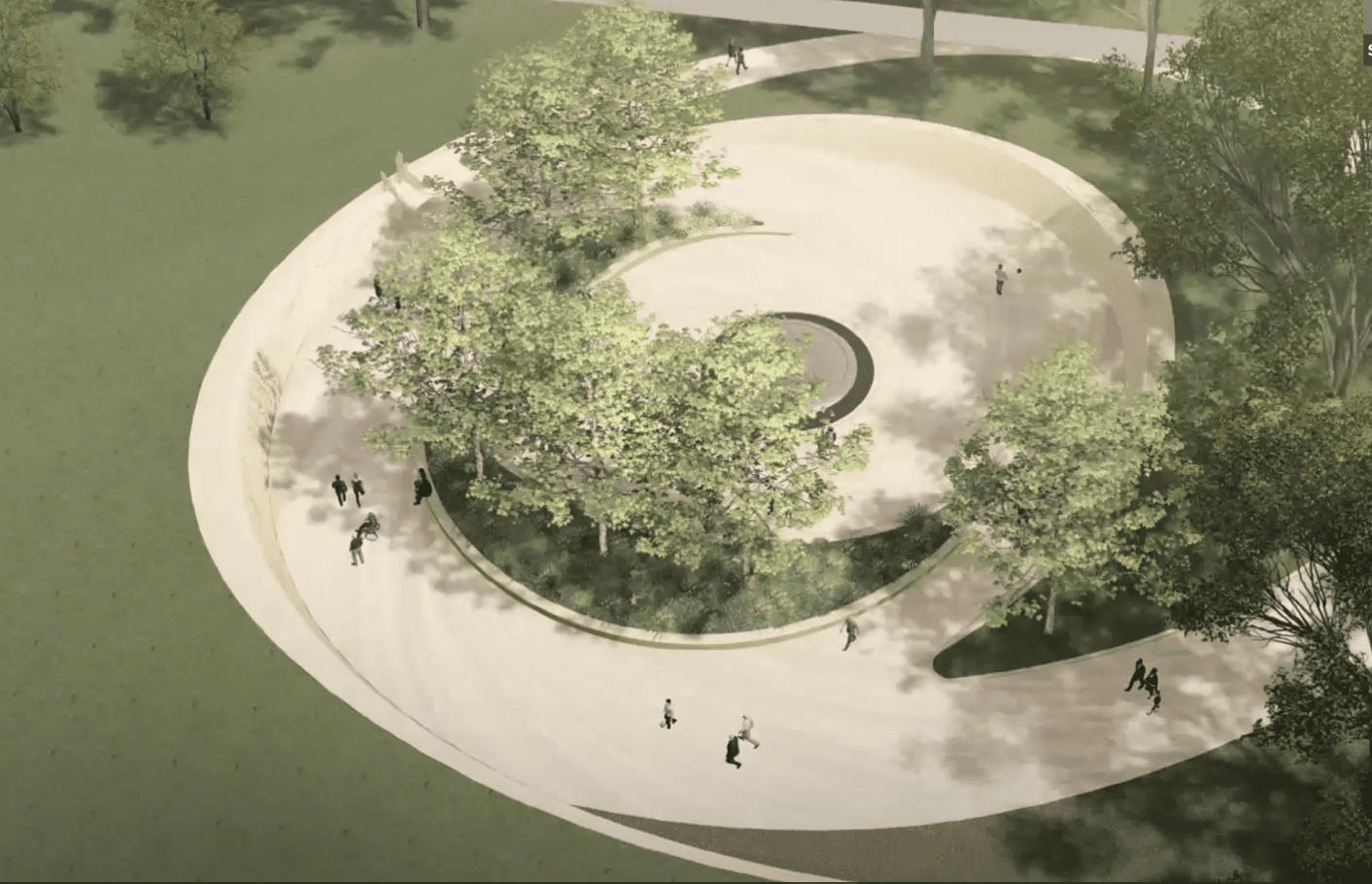 On Saturday Kuwait announced it will provide additional financial support to complete the construction of the National Desert Shield/Storm Memorial  on D.C.’s National Mall.

According to the National Desert Storm War Memorialpress release in 2019,the Memorial’s design will commemorate the historical significance of Operation Desert Shield and Desert Storm while honoring the service and sacrifice of the United States of America and Coalition military personnel who liberated Kuwait from Iraq and defended Saudi Arabia.

The memorial is planned for a site near the Vietnam Veterans Memorial. Its tentative design would be a half-circle representative of the so-called left hook used by American ground forces to cut off Iraqi troops in the Saudi desert during the 1991 conflict that ousted Iraq from Kuwait.

Prior to the most recent announcement, Kuwait had already committed $10 million. Kuwait’s most recent commitment will bring the monument financial resources closer to the requirement needed to complete the project.

According to the NDSWM press release, Scott Stump, CEO and president of the National Desert Storm War Memorial Association  said the organization is honored and humbled by the show of support. “This lead donation by the Government of Kuwait is an important validation of the historical importance of Operation Desert Shield and Operation Desert Storm, and is a display of the deep, special, and lasting friendship between our two countries,” he said.

In 1991, the United States of America sent a powerful message of international unity and cooperation to Saddam Hussein by opposing and ejecting Iraq’s occupying forces and liberating the peaceful nation of Kuwait. The mission undertaken by the United States Armed Forces during Operation Desert Storm and Desert Shield was a remarkable example of American leadership, values, and sacrifice in the pursuit of freedom.

This RINEWSTODAY.com veteran contributor, a Desert Shield Storm Veteran himself, was with approximately 20 Desert Storm Veterans for the first annual Last Radio-Roll Call for fallen comrades who have served as Military Police at the newest monument at the Rhode Island Memorial Veterans Cemetery in Exeter RI.

“We are grateful and appreciative for the country of Kuwait’s support and financial commitment honoring the service and sacrifice of the United States of America and Coalition military personnel who liberated Kuwait from Iraq and defended Saudi Arabia,” said William Gearon, Desert Storm veteran.

“I  received the ‘breaking-news’ text on the announcement of Kuwait’s additional financial commitment for the monument, “ said John A, Cianci, Desert Storm Veterans and RINEWSTODAY.com contributor. ”I announced the news to the approximately dozen or so Desert Storm Veterans who gathered at the MP monument in Exeter RI. “

History of the Desert Shield Storm :

The United States led a coalition of 35 nations against Iraq in response to the Iraqi invasion and annexation of Kuwait.

U.S. President George H.W. Bush immediately condemned the invasion, as did the governments of Britain and the Soviet Union.

On November 29, 1990, the U.N. Security Council authorized the use of “all necessary means” of force against Iraq if it did not withdraw from Kuwait by the following January 15.

The first phase, Operation Desert Shield (2 August-17 January 1991) was for operations to build up troops and defense of Saudi Arabia.

When diplomacy failed, the second phase of Persian Gulf War began, Operation Desert Storm commenced on the morning of January 17, 1991.

The war ended on 28 February, when Iraq pulled out of the country and formally accepted cease-fire terms.

According to the US. Government statistics, the US contributed the most in the way of resources, deploying 470,000 personnel.

“Kuwait commitment shows our efforts and sacrifices have not been forgotten by them,” said Gearon. “The monument will educate people of the importance of Operation Desert Storm.”

“No federal funds are authorized for the Memorial, the entire cost of the monument must come by private donations,” said Cianci.

If you would like to learn more about the memorial go to www.ndswm.org donations in support of the memorial can be mailed to: