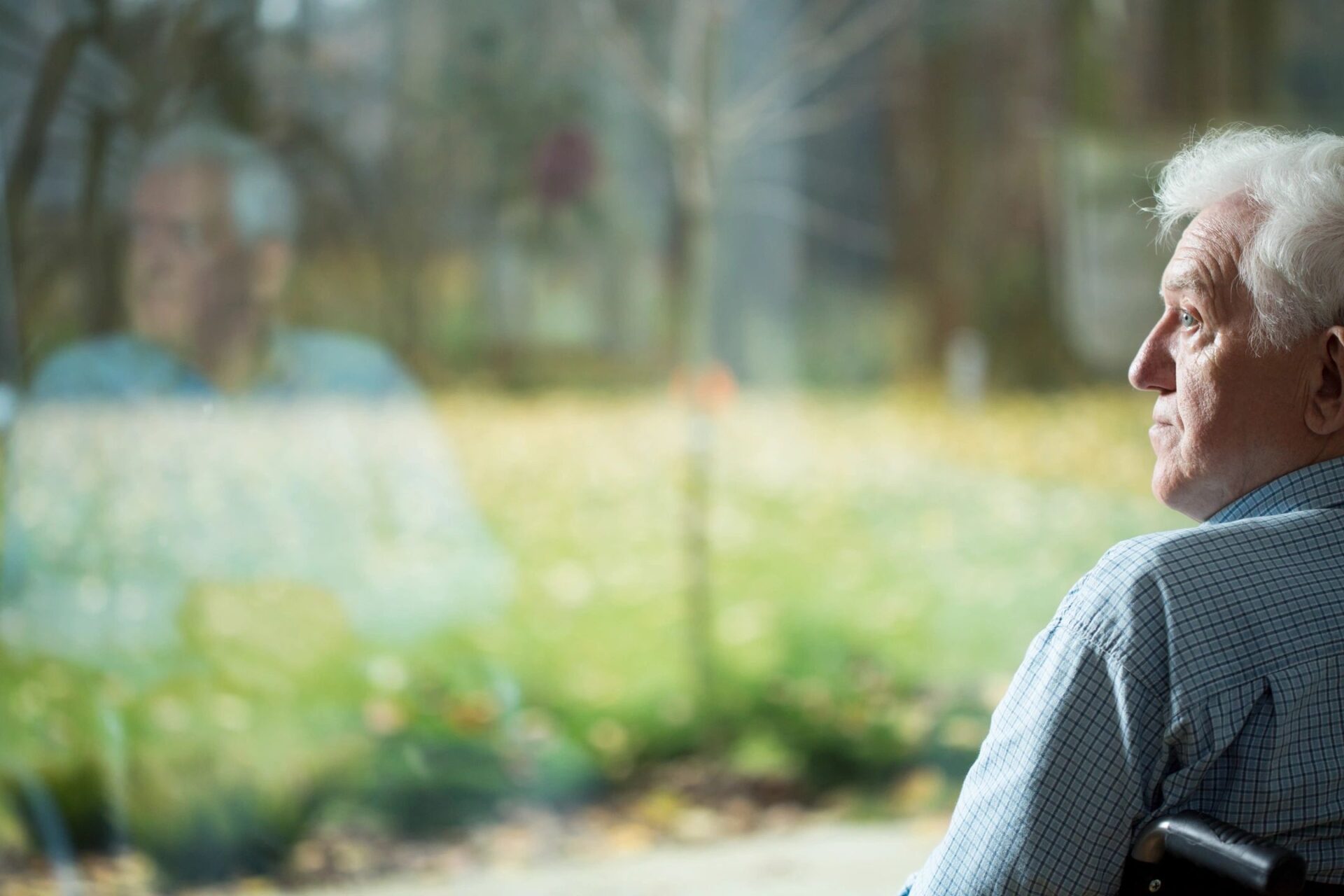 In 1992, aging advocacy groups fought unsuccessfully to keep the House Select Committee on Aging  (HSCoA) from being eliminated. The House had pulled the plug on funding for the HSCoA as a cost-cutting measure and to stream-line the legislative process at the end of the 102nd Congress without much notice in the Democratic rules package adopted in Jan.1993 during the beginning of the 103rd Congress.

As the dust settled after the dissolving of the HSCoA, Congressman Michael Bilirakis (R-FL), a former committee member, stated in an article, “Congress Eliminates Committee on Aging,” published March 31, 1993, in the Tampa Bay Times,” I honestly don’t’ think other committees would cover all aging issues.” AARP agreed with Bilirankis’s assessment. “Seniors need a specific forum,” said Tom Otwell, spokesperson for AARP. “The population is getting older, and issues are certainly not going away,” he said.

During its 18 years of existence, its Congressional oversight on a myriad of aging issues included Social Security, Medicare, nursing homes, aging bias and elderly housing. This oversight influenced the introduction and passage of major legislation enhancing the quality of life of America’s seniors.

Thirty years later, the Washington, DC-based Leadership Council on Aging Organizations (LCAO), representing 69 national aging advocacy groups, recognized the opportunity to bring back the HSCoA by endorsing H. Res. 583, a resolution introduced in the 117th Congress by Rep. David Cicilline (D-RI) to reestablish the HSCoA when introduced Aug. 10, 2021.  The Rhode Island Congressman has also introduced this resolution during the last three congresses.

H. Res. 583 would reestablish the HSCoA without having legislative jurisdiction, this being no different when the initial permanent committee previously existed. The 214-word resolution would authorize a continuing comprehensive study and review of aging issues, such as income maintenance, poverty, housing, health (including medical research), welfare, employment, education, recreation and long-term care. These efforts assisted the House’s 12 Standing Committees in the creation and advocacy for legislation they drafted. At press time, the resolution has been referred to the House Rules Committee for consideration.

According to the Congressional Research Service, it’s quite simple to create an ad hoc (temporary) select committee in the House chamber. All it takes is a simple resolution that contains language establishing the committee – giving a purpose, defining membership, and detailing other issues that need to be addressed. Salaries and expenses of standing committees, special and select, are authorized through the Legislative Branch Appropriations bill.

While supporting Cicilline’s proposal, LCAO went one step further by calling on House lawmakers three weeks ago, in correspondence, to become co-sponsors. LCAO asked its members to co-sponsor the bill in order to drive the House Democratic Caucus to approve it and bring it to the House floor for a vote. As a House committee, it only needs the House’s approval, where there is now a majority of Democrats.

The time is ripe for the HSCoA to be reestablished, say LCAO. “Every day, 12,000 Americans turn 60. By 2030, nearly 75 million people in the U.S. – or 20% of the country – will be age 65 and older. As America grows older, the need for support and services provided under programs like Social Security, SSI, Medicare, Medicaid, and the Older Americans Act also increases,” noted in correspondence signed by 30 Coalition members.

LCAO stressed that the HSCoA worked effectively in partnership with the House’s 12 Standing Committees with jurisdiction over aging programs and services. “The House Aging Committee, which flourished in the 1970s under chairperson Claude Pepper, partnered and magnified the work of the standing committees in a team effort and a bipartisan manner, holding many joint hearings with them and helping to pass the end of mandatory retirement 359-2 in the House and 89-10 in the Senate, as well as protecting Social Security, exposing nursing home abuses and setting transparency standards, expanding home health care benefits as a way older persons could often delay or avoid the need for being forced into nursing homes and so much more. Ways and Means, Education and Labor, Energy and Commerce and Space, Science and Technology were just some of the Committees who benefited from the partnership and appreciated the House Aging Committee’s help in reaching senior citizens,” stated LCAO.

As seniors now settle into living in a post-pandemic world, passage of H. Res. 583 becomes even more important. “Historically, the HSCoA served as a unique venue that allowed the open, bipartisan debate from various ideological and  philosophical perspectives to promote the consensus that, in turn, permeated pandemic, and the coronavirus continues to take its toll, exacerbating the problem of social isolation and family separation across generations.  Addressing the needs of older Americans in a post-pandemic world will require vigilant oversight and action,” noted LCAO.

Robert Weiner, former Clinton White House spokesman and Chief of Staff of the HSCoA under Congressman Claude Pepper,(D-FL) and Ben Lasky, senior policy analyst at Robert Weiner Associates News and Public Affairs, recently penned an op-ed for the Miami Herald which calls for the passage of Rhode Island Congressman David Cicilline’s H. Res. 583, to reestablish the HSCOA. With threats of Social Security “reforms” (cuts) and the mishandling of Covid in nursing homes which led to hundreds of thousands of deaths, the Committee is needed once again.

Weiner and Lasky say the largest part of Pepper’s congressional legacy, especially as he grew older, was chairing the HSCoA, which featured banning mandatory retirement (with Colonel Sanders as a witness), protecting nursing homes, expanding home health care, and protecting Social Security with solvency through 2034.

“Pepper’s bill that banned mandatory retirement passed 359-2 in the House and 89-10 in the Senate,” they said.

They argue, “The elderly are now threatened with Social Security reforms,” (meaning cuts). Senior citizens also disproportionately died from Covid in nursing homes in Florida, New York and around the country. More than 200,000 have died in nursing homes. Forbes called ‘The Most Important Statistic’ the fact that 42% of US Covid deaths in the first five months of the pandemic happened in nursing homes and assisted living facilities. That number later went down to around 33%. When standards, distance standards, vaccines, and transparency started to kick in (under pressure in many facilities), it got a little better but for many it was too little too late. Tens of thousands died because health care workers failed to follow the transparency, staffing, and safety standards that Pepper had passed into law in nursing homes.”

They continue, “Once vaccines became widely available in 2021, a majority of nursing home workers remained unvaccinated for six more months. Nursing homes and assisted living facilities were let off the hook by governors from Ron DeSantis (R-FL) to Andrew Cuomo (D-NY) for hiding their number of Covid deaths.”

Weiner and Lasky assert, “Older voters vote Democratic and Republican. It’s close. In 2020, while Joe Biden won the popular vote by 7 million, Donald Trump won the senior vote 52% to 47%. It’s not a matter of party. Seniors’ quality of life is not political.”

They conclude, “With Pepper’s legacy as the guide, pandemic deaths, nursing homes, home care, Social Security, and Medicare would be improved by Sunlight of Oversight.”

For the benefit of America’s seniors, House Speaker Nancy Pelosi and her leadership team must consider giving H. Res 583 their political support and blessing, calling for a vote in House Rules Committee, if passed allowing for swift consideration on the floor.  As Weiner remembers, “the last HSCoA was so well received and successful because of the strong relationships and bonds to the Standing committees and successful outreach to seniors.” The former HSCoA staff director notes that during his tenure membership grew from 29 to 50 members. “After the committee began, in just a few years, everyone wanted to be on it.”

AARP’s Otwell’s observations that the nation’s population is getting older, and the issues are not going to go away  and that “Seniors ‘need a specific forum” are true even 29 years later. House lawmakers must pass H. Res. 583 for America’s seniors to give them this specific forum that they deserve.

To read the Miami Herald Op Ed, go to www.miamiherald.com/opinion/op-ed/article259629314.html