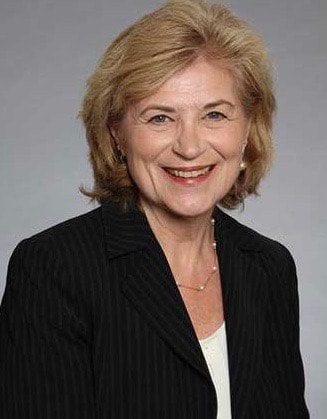 Leadership Trait # 6 – Ability to Make Tough Calls, Regardless of the Situation

“Leaders have edge – the ability to make tough calls, to say yes or no, not maybe.” Jack Welch

In each case, the leader could not make a tough call. As Jack Welch has said, “being in a position of power isn’t always fun, and sometimes it means you’ll be put into positions that are very tough to navigate. You’ll need to fire people. Hire people. And make some very tough calls that can make or break an entire organization.”

Yes, with power comes the responsibility of dealing with the ugly parts of the job and having the fortitude to take action, otherwise, the entire organization can suffer. No matter if the person involved is a friend, creates a profitable product, or is the smartest person in the room. Being a leader means having an objective view of the issue at hand and dealing with it.  But why is making a tough call so difficult? Recent research has shown three major reasons leaders avoid making tough calls.

With courage, confidence and truth, leaders step up to reality and make the tough calls to guide their organizations into the future. Without these qualities and the ability to make hard decisions, the organization and its people will not thrive.

In the sage words of Jack Welch, “Face reality as it is, not as it was or as you wish it to be.”

“Many people cannot take decisions. Only real leaders face up to realities and take important decisions.” – Dag Heward Mills, from The Art of Leadership

Mary T. O’Sullivan, MSOL, ACTP, PCC, SHRM-SCP, is an experienced speaker. writer, and executive coach with 30+ years’ experience in large corporations such as General Electric, Lockheed Martin and Raytheon. Today, she supports executives, managers, business owners and professionals who seek to improve performance and to learn to be better leaders. When her clients execute on her recommendations, they achieve a 100% track record of success.

Mary T. O’Sullivan holds a Master of Science, Organizational Leadership, is a Professional Credentialed Coach (PCC) by the International Coaching Federation (ICF), holds the SHRM-SCP designation, and is a member of the Employees Assistance Professional Association. Mary holds a Graduate Certificate in Executive and Professional Coaching, University of Texas at Dallas, and has been awarded the ACTP certificate. She was nominated by her professors and admitted to Beta Gamma Sigma, the International Honor Society. She has also completed Advanced Studies in Education from Montclair University, SUNY Oswego and Syracuse University. Mary is a Certified Six Sigma Specialist, Contract Specialist, Integrated Product Team (IPT) Leader, Certified Appreciative Inquiry Practitioner and holds a Certificate in Essentials of Human Resource Management from SHRM. She also earned a Certificate in EQi-2.0 and EQ360 assessments.

Mary is the founder of Encore Executive and Executive Coaching, Rhode Island Professional Coach Alliance, and the author of Ponderings of a Corporate Refugee: Observations from the Cube. The book is available on Amazon.com