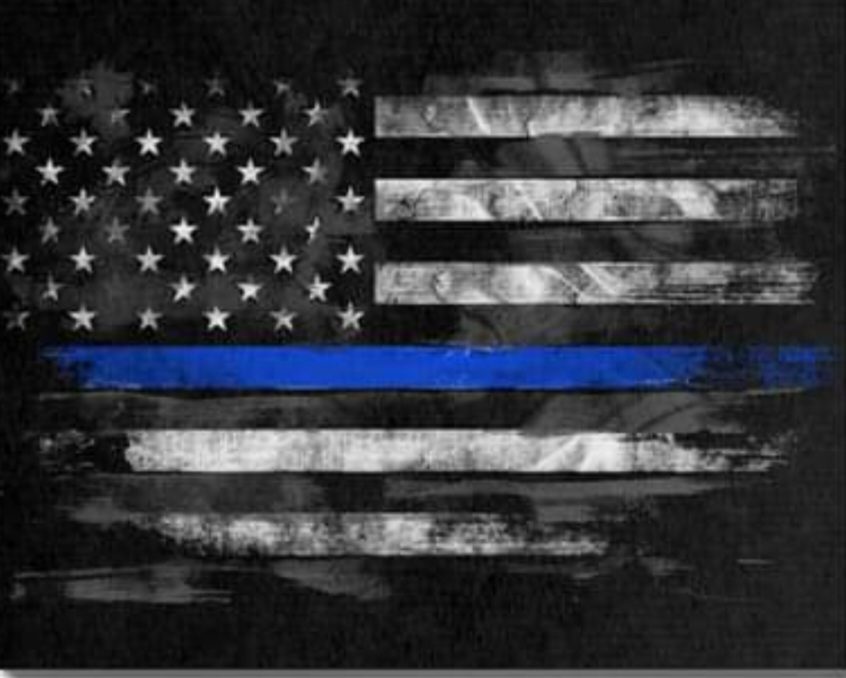 “If this flag offends you…” – Michael Morse

“Wilbert Mora, 27, is fighting for his life and another officer has died after responding to a call for help from a mother concerning her son’s behavior.

Officers lined up Friday at Harlem Hospital and many remained late into Saturday morning to pay their respects to fallen officer 22-year-old Jason Rivera and Mora, who was critically injured.”

The police make it possible for people like me to enjoy a night out with minimal risk of being robbed, assaulted, carjacked or murdered. They make it possible for me and people like me to leave my home for hours, days or weeks, and come home to a place that is just the way I left it. They allow me the luxury of not having to carry a gun. They let my drive my car with relative ease, not having to worry too much about drunk, stoned, unlicensed, unregistered and uninsured people with no regard for the safety of others. They do their best to keep child molesters away from my kids, and sexual predators away from my wife.

They do all of that, and I haven’t even scratched the surface.

It is imperative that each and every one of us who understands what it takes to take care of our way of life support the police any way we can, show them kindness and respect and absolutely, powerfully and, if needed, aggressively defend them from the current wave of anti-police sentiment.

So when somebody tells you the thin blue flag offends them, here’s what you do; tell the people who are hurt by this flag that it represents honor, sacrifice, loyalty and courage, and it will fly wherever those who respect it damn well please.”