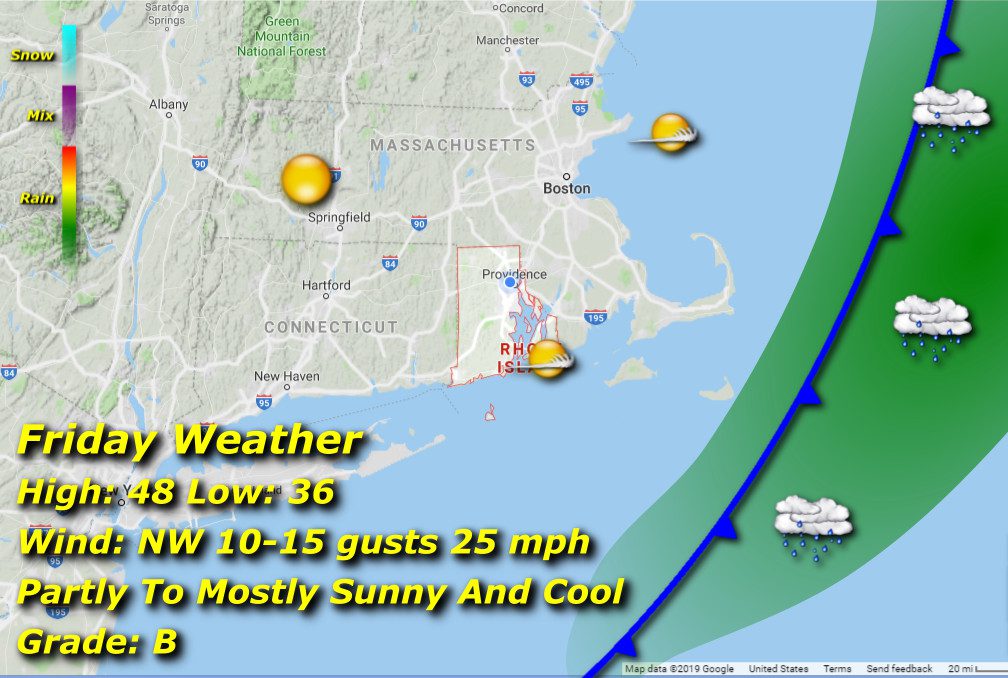 Front clears away the rain and clouds, leaving behind sunshine and cooler air in its wake. Afternoon highs only climb to the upper 40’s with evening lows in the mid 30’s to follow with a gusty northwesterly wind to rustle the fallen leaves.