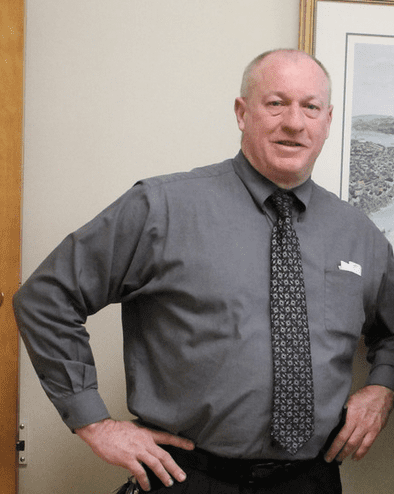 Gerald “Jerry” Habershaw, 57, principal of Pilgrim High School, Warwick, has died early Saturday morning. His brother, David, made the announcement on social media: “My brother Jerry is gone. He had a massive heart attack complicated by COVID-19. We are all in a state of shock. Please offer prayers, especially The Chaplet of Divine Mercy for him.”

Update: His brother later said that Habershaw had taken ill a few days after a homecoming event at school and had been sleeping a lot while staying at home – he was taken to the hospital after family called 911 when he began to have chest pain. He had chest pain on and off during the past week. It was confirmed that he did have COVID and was fully vaccinated.

He was recently put on paid leave over a school homecoming event when photos showed masks were not worn by some students and Habershaw while inside a food area of an event held outdoors under a tent. Many students, parents, alums, and others rallied to support the principal, including organizing a petition that had over 5,000 signatures days ago. The assistant principal was named as principal by school administration.

According to data from the RI Department of Health, as of Nov. 23rd there were 20 to 24 new student cases and 5 to 9 new staff cases in the 7 days prior. Some had been in attendance at the homecoming event. The school self-reported over 70 cases last week, and they have been on virtual learning since the week before Thanksgiving.

Warwick Mayor Frank Picozzi released a statement, ”Warwick has suffered a devastating loss. I knew Gerald Habershaw back when I was on the School Committee. He was devoted to his students and co-workers. He touched the lives of so many in this city. Our condolences, thoughts, and prayers go out to his loved ones”.

NOTE: A vigil will be held TONIGHT at 6pm at the Pilgrim High School Football field – attendees are asked to wear blacl and white.