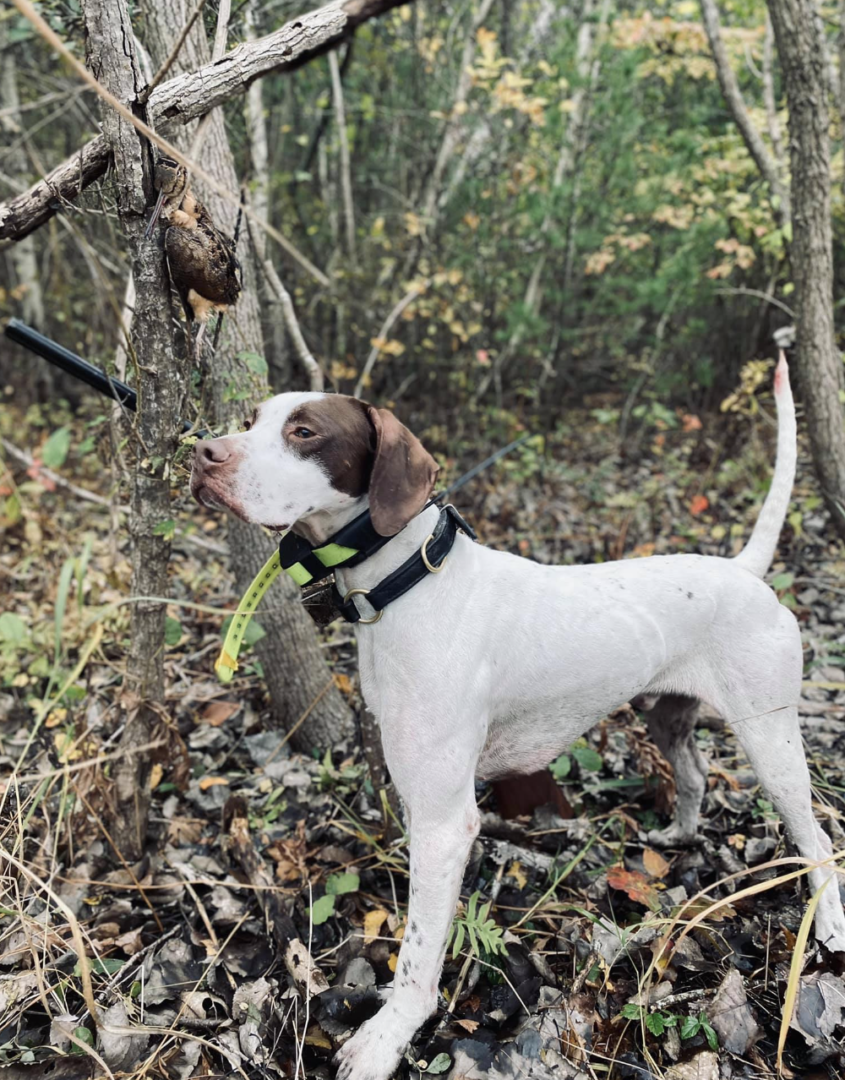 After a rough start, hunting turned into a great week for a lot of people, as one can see by all the success pictures. 10 degrees cooler while in the field can make all the difference in the success of a hunt. Birds tend to leave better scent when it is not so bloody hot!

This writer went out Saturday afternoon and it took 3 birds flushed by Jada before accuracy was figured out. (Wasn’t following through with the lead, resulting in shooting behind the birds) Birds 4 and 5 are proudly shown by Jada. Another point of note is the ticks were at a minimum.  The week before Jada came out of the fields with hundreds of ticks on her, literally.  Also found out my yard in Tiverton has them as well. Jada was in the yard for an hour and had 10 crawling on her.  After rolling in the grass for 10 minutes she had another 4.

The woodcock are slowly starting to show their presence and it will be interesting to see what kind of season pans out. A friend in central Maine said both woodcock and partridge (grouse) are scarce.  That statement was just confirmed with another good friend with a camp in Lakeville, Maine. They would normally see a lot of woodcock and partridge while deer hunting. This is not a good sign. Partridge are basically extinct in Rhode Island and this writer feels that coyotes are to blame. Partridge chicks are hors d’oeuvres for coyotes. This author did not see a single woodcock last year and Federal Fish and Wildlife sent him a packet to mail any woodcock wings to the Fish and Wildlife service in 2021. Will that packet even get used?

Some of the RI hunters’ success is shown in the pictures. A large number of pheasant are being taken. Hats off to the RI DEM for their hard work on wildlife habit as the cover (underbrush and tall grasses) in the management areas is fantastic right now. With strong cover the birds tend to stay in place. This writer had a rooster hiding in the grass 5 feet from him totally unnoticed and the bird did not move until Jada flushed him out. Also, the early morning stocking (2am – 6am) appears to be a wise move to counteract the early morning predators (coyotes, owls, foxes) taking out the birds.  As one can see there are many proud pups showing off their hard work.