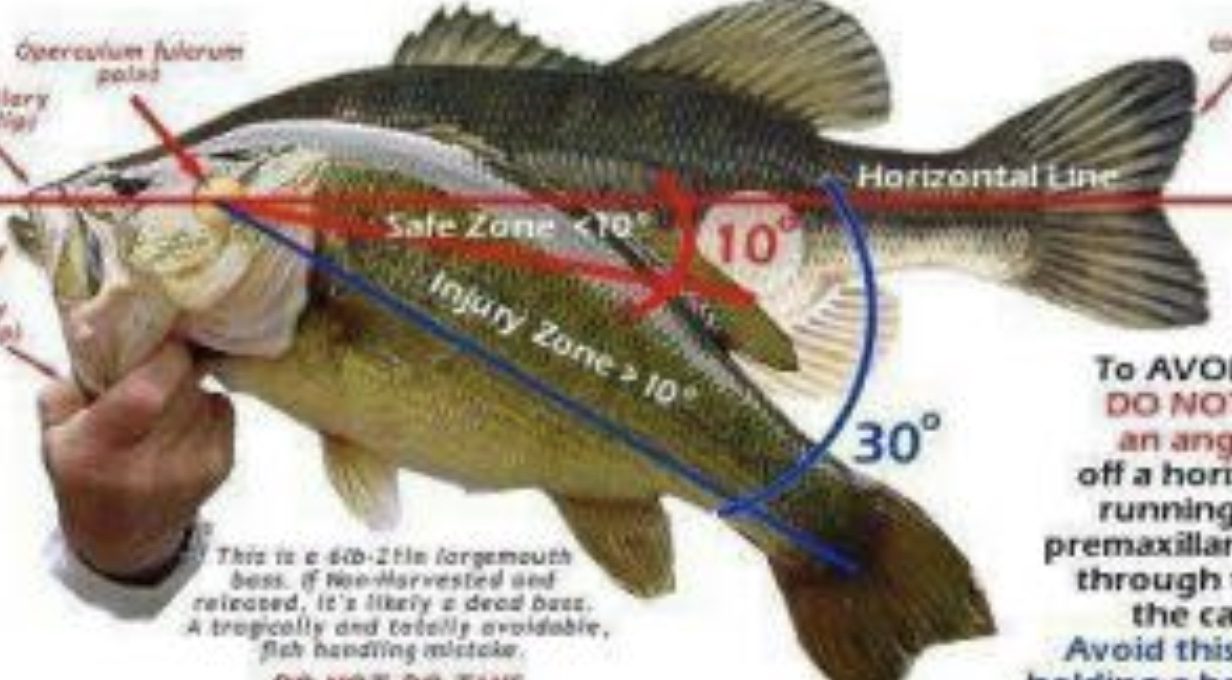 As what appears to be an excellent spring fishing season is winding down a habit was noticed that needs to be addressed when so many people are practicing catch and release.

The habit of holding fish horizontally by the jaw for a picture is unsafe for the fish. While the photo may look great, it tends to break or injure the fish’s jaw which is the fish’s main feeding and defensive weapon.  A fish doesn’t survive with a broken jaw.

Best bet for photographs is to hold the fish horizontally and place one hand under the belly and one around the tail.  Also another important point – keep your fingers out of the gills and gill plates. At a derby some years ago a fisherman removed the hook by jamming his fingers into the trout’s gills to immobilize the trout. Killed the trout almost immediately. The derby was catch and release.  Gripping by the gill plates is never recommended unless you plan on cooking the fish.