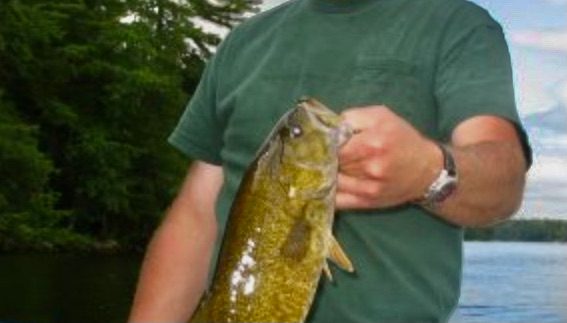 This is about the time of the season that one notices fish spitting the hook readily on more than one occasion. Often this is caused by dull, bent or deformed hooks.  Weakened hooks also can be a problem. One Yo-Zuri lure needed the hooks replaced on a recent trip to Maine and the old hooks appeared to be fine.  A scanning electron microscope would be needed to show the defects incurred from catching a large number of 2-5 lb. bass with the lure. Nonetheless, these fish and rocks induced flaws damaged the hooks enough that bass started to spit the hook with ease. Once the hooks were replaced no other fish were lost on that Lure. Even the best stainless steel knife blades need sharpening after a few uses.

Treble hook replacement can be rather tricky. One can use their fingernail to ply open the split ring that holds the treble hook in place but that can be a nuisance. Pictured is a set of split ring pliers that were purchased at Walmart for $8. The upper edge with the serrated edge needed some grinding to curve the tip so as to fit into a #2 split ring. This grinding procedure took about 10 min.  Be careful to not take off too much and snap the plier tip. All that is involved is to open the split ring and slide the old treble hook thru the separated wires. After that just reverse what you did to slide the new hook on. Keep spare split rings on hand as sometimes they slip and ricochet out into the room – nowhere to be found.

This technique is helpful as the pictured quantity of hooks and split rings cost under $20 at Bass Pro Shop.  A typical Rapala or Yo-zuri lure costs $8.56 with tax so hook replacement is very cost effective.  Another benefit is one can replace the worn rusty hooks on the favorite lures inherited from one’s Grandfather. It will take some patience to master the split ring opening but once the technique is developed it becomes second nature.