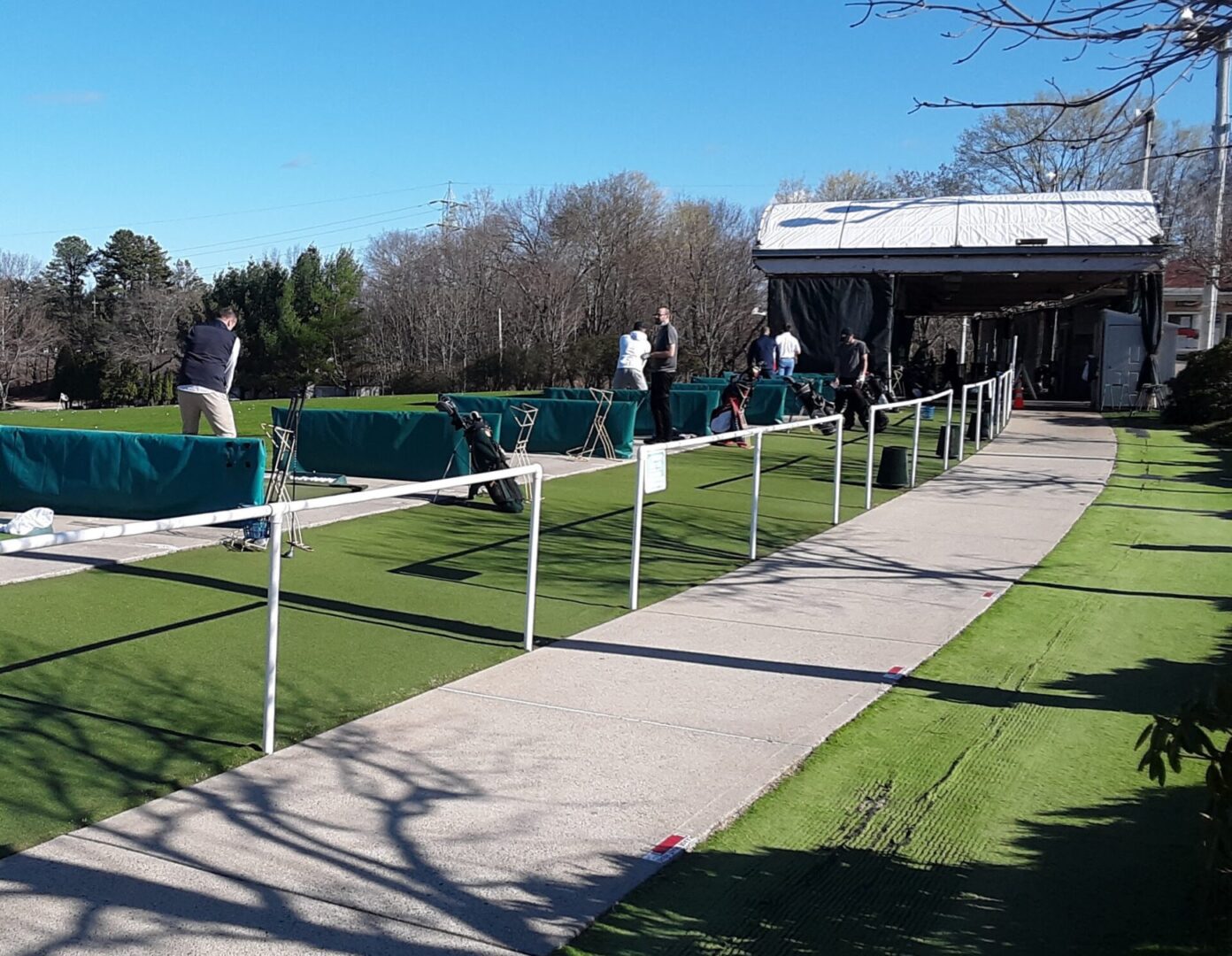 “It’s called an interlocking grip.”, Dad patiently explained. “Slide the little finger of your right hand between the index and middle fingers of your left hand.”

As he muttered these confusing instructions my father gently manipulated my hands onto the cut down golf club. It was Spring of 1956 and I was just 10 years old. I still recall that first day of my golf lessons at Atlantic Golf driving range in South Attleboro, Massachusetts just over the border from our Pawtucket, Rhode Island home.

My Dad was an avid, but average golfer. He had in fact allowed me, when I was an even younger tyke, to play golf behind his group if the course was not too busy. I played the entire rounds using only a sawed-off putter!

When I turned 10 he decided it was time to teach me how to play the game. Atlantic Golf was the 39-acre classroom that quenched my thirst to learn the game. The green plastic mats, the black buckets filled with white golf balls branded as range balls by the double red stripes encircling them became the setting where I would have my father all to myself! It became magical as, with his patient tutelage, I progressed from total whiffs to ground balls and, miraculously, seeing the shots in flight.

Time races forward and I’m a teenager on a date at Atlantic Golf’s Chip & Putt course. Atlantic has one of the very few Chip & Putts with actual manicured grass greens. My date, not a golfer, had a tough time putting on the 3rd green. It was a first date. As I walked to the next tee she lingered on the offending green. Suddenly, and violently, she began puncturing the pristine green by slamming her putter’s head into the surface! There was no second date.

In the early 2000’s my lovely wife of many years decided she might want to try golf. Once again Atlantic Golf provided the answer with a fun, easy par 3 course added to the back of their property. A perfect place for a pressure free round for golf novices.

Unfortunately, the par 3 course closed a few years ago. That was a sad harbinger for the more serious current news about Atlantic Golf’s fate. The entire property has been purchased by Anthony Properties, a real estate company out of Texas.

In 1970 folk singer Joni Mitchell penned a song called, “Big Yellow Taxi” which included the line, “..They paved Paradise and put up a parking lot.” Her searing lyrics bemoaned how often verdant green nature-filled open spaces were being destroyed by the glut of commerce.

Even though I’m now a septuagenarian, I’m not against progress. But sometimes a spot creates so many memories, with the potential for many more, that its destruction borders on the criminal.

Atlantic Golf would be replaced by a large residential, retail and business complex. Approximately 350 apartments plus a number of retail stores and offices will take the place of the green space, the driving bays, the miniature golf and Chip & Putt course. New access roads will be built. At least one new red light will be added to the string of lights on this notoriously busy and dangerous portion of Route 1.

While new housing is generally a good thing, there is already a large brand-new apartment complex with hundreds of vacant units about to open a few short miles away, situated, more logically, in downtown North Attleboro.

For decades I have watched parents teaching the basics of the game to their children at Atlantic Golf. I recently took my grandchildren there. They became the 4th generation of the Raftus clan to play there. I taught them the interlocking grip.

Now, unless stopped, it will all disappear in a destructive cloud of greed.