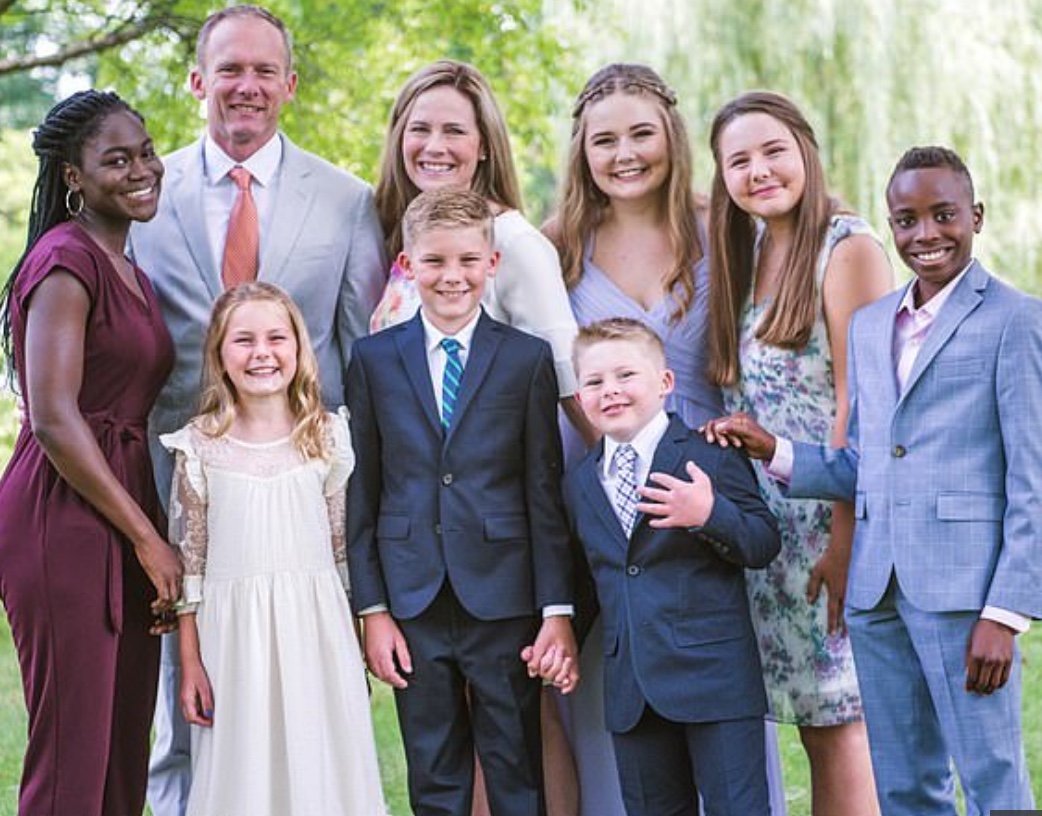 Amy Coney Barrett nominated to serve on the US Supreme Court

The predictors were correct and President Trump has nominated Amy Coney Barrett, a federal judge on the US Court of Appeals for the Seventh Circuit to become the 115th US Supreme Court justice.

Barrett was nominated to the judgeship she now holds by President Trump, confirmed in 2017, being the first and only woman to serve on the Indiana 7th Circuit. Prior to that she was a professor at Notre Dame Law School, where she obtained her own law degree.

Born and raised in Louisiana, she is one of 7 children (5 sisters, 1 brother). She graduated from Rhodes College in Tennessee, where she studied English Literature, and then Notre Dame Law School.

She was first a law clerk for Judge Silberman of the US Court of Appeals for the DC Circuit, and then for US Supreme Court Justice Antonin Scalia, one of Justice Ginsburg’s closest friends.

Barrett is referred to as adhering to a philosophy of originalism, which is an interpretation of the US Constitution based on the original understanding of the authors at the time it was ratified, and that the meaning of its contents can be changed only by a formal constitutional amendment and ratification process.

Barrett is 48 years old, and has been married to her husband, Jesse, for 21 years. He is also an attorney, a federal prosecutor, and was a classmate of his wife at Notre Dame Law School. They have seven children, and live in North Bend, Indiana.

Her children range from 8 to 19 years old – Emma, Vivian, Tess, John Peter, Liam, Juliet, and Benjamin. Two of her children were adopted from Haiti, her son at 3 years old, after the 2010 Haiti Earthquake. Her daughter, Vivian (Barrett’s middle name), was adopted when she was 14 months old, weighing just 11 pounds, and with a poor medical prediction. Her youngest son, Benjamin, has Down’s Syndrome, which she knew during her pregnancy. Barrett would be the first woman to serve on the Supreme Court with school-age children.

Barrett is Catholic, and faced criticism before by Sen. Diane Feinstein, who is Jewish, about her religious dogma’s influence on her judicial decisions. The Pew Research Center reports that in 2019 about 88 percent of Congress identifies as Christian, compared 71 percent of U.S. adults. Catholics now make up 30.5 percent of Congress; 21 percent of U.S. adults identify as Catholic. Democrats, including newly elected Speaker of the House Nancy Pelosi, are more likely than Republicans to identify as Catholic. More than a third of congressional Democrats (35 percent) are Catholic, while just over a quarter of Republicans (26 percent) identify as Catholic. Barrett has responded to criticism that her religion could stand in her way of her work on the Supreme Court with this statement: “I would stress that my personal church affiliation or my religious belief would not bear in the discharge of my duties as a judge.’

Concerns about Barrett’s appointment are that a 6-3 conservative split of the US Supreme Court sets long term concern for liberal issues, with abortion issues of primary concern. Second Amendment issues are also of concern from both sides of the arguments. Healthcare, specifically Obamacare, may also see constitutional challenge.

During her acceptance speech on Saturday, Barrett pledged to serve the people rather than her own self-interest. ‘I would discharge the judicial oath, which requires me to administer justice without respect to persons, do equal right to the poor and rich, and faithfully and impartially discharge my duties under the United States Constitution,’ she said.

‘I have no illusions that the road ahead of me will be easy, either for the short term or the long haul. I never imagined that I would find myself in this position. But now that I am, I assure you that I will meet the challenge with both humility and courage. Members of the United States Senate, I look forward to working with you during the confirmation process. And I will do my very best to demonstrate that I am worthy of your support.’