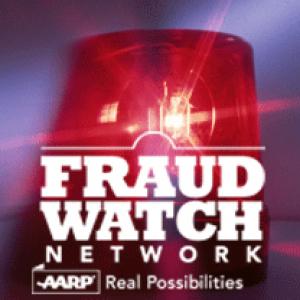 Every year, fraudsters continue to operate government imposter scams falsely claim to be from federal agencies, including the Internal Revenue Service, Social Security Administration, to get people to turn over money or personal information. Every year, hundreds of thousands of Americans continue to fall victim to these scams.

Last January, the U.S. Federal Trade Commission (FTC) released its annual report detailing data from the Consumer Sentinel Network Data Book 2019, continuing to put a spotlight on the impact of imposter scams and identify fraud on consumers across the nation. Expect the FTC to release its 2020 data book early next year.

The data book, initially released in 2008, includes national statistics, as well as a state-by-state listing of top report categories in each states, and a listing of metropolitan areas that generated the most complaints per 100,000 population.

According to the FTC, its 2019 database network receives reports directly from consumers, as well as from federal, state, and local law enforcement agencies and a number of private partners. Last year, the network received 3.2 million reports, including nearly 1.7 million fraud reports as well as identity theft and other reports.

The researchers found that younger people reported losing money to fraud more often than older people. But, when people age 70 and over had losses, the median loss was much higher, they say.

Specifically, last year there were over 647,000 imposter scams reported to FTC’s database. Thirteen percent of those calling reported a dollar loss, totaling nearly $667 million lost to imposter scammers. These scams include, for example, romance scams, people falsely claiming to be the government, a relative in distress, a well-known business, or a technical support expert, to get a consumer’s money.

Protecting Yourself Against Scammers

With the release of a new report, AARP continues its efforts to combat identify theft and imposter scams. The Washington, DC-based nonprofits continues to report on the latest scams, exploring its impact on U.S. adults age 55 and over and how technology may play a role in their ability to protect themselves from financial harm. The 16-page report, “Identity Fraud in Three Acts,” developed by Javelin Strategy & Research and sponsored by AARP, reveals that 26 percent of seniors have been victims of identity fraud. But researchers say that more are taking additional safeguards to prevent losses of personal information. Following an identity theft incident, 29 percent have placed credit freezes on their credit bureau information, and more than half have enrolled in identity protection or credit monitoring services.

“Older Americans are leading more digitally infused lives, with two-thirds using online banking weekly, so it’s encouraging to see that many are taking proactive steps to protect their identity following a data breach,” said Kathy Stokes, Director of AARP Fraud Prevention Programs in a statement announcing the release of the report. “Passwords still represent a security threat, however; using repeated passwords across multiple online accounts makes it easy for criminals to crack one of them so that all of your accounts – including financial accounts – become accessible,” says Stokes.

According to the AARP report, age 55 and over consumers call for banks to use stronger security authentication. About 90 percent support the use of more fingerprint scanning, and 80 percent view facial recognition capabilities as a reliable form of technology for financial transactions and private business matters. The report’s findings indicate that identity fraud victims age 65 and over do not necessarily change how they shop, bank or pay following a fraudulent event, with 70 percent exhibiting reluctance to change familiar habits.

“Criminals are regularly targeting age 55 and over Americans through a combination of sophisticated scams via computer malware and also through more traditional low-tech channels via telephone and U.S. mail,” says the AARP report’s author, John Buzzard, Lead Analyst, Fraud and Security at Javelin. “The combination of high-tech and low-tech strategies unfortunately gives the upper hand to the criminal — not the consumer,” he adds.

The AARP report provides these tips to older consumers to protect their pocketbooks. Just hang up on strangers. Independently verify everything.  Always adopt security practices that go beyond a single password.  Consider using a password manager tool or app to create and safely store complex passwords.  Always write down important numbers of companies you do business with rather than rely on a web search for a customer service number, as criminals post fake numbers online.

The report also recommends securing your devices – mobile phones, laptops and tablets- with a complex password, preferably with screen locks that use a fingerprint or facial recognition and secure personal payments with digital wallets.

Be vigilant.  Don’t become a sucker for scams.

For a copy of Consumer Sentinel Network Data Book 2019, go to:  https://www.ftc.gov/system/files/documents/reports/consumer-sentinel-network-data-book-2019/consumer_sentinel_network_data_book_2019.pdf

For a copy of “Identity Fraud in Three Acts,” go to:  https://www.aarp.org/content/dam/aarp/home-and-family/family-and-friends/2020/10/aarp-Identity-fraud-report.pdf.