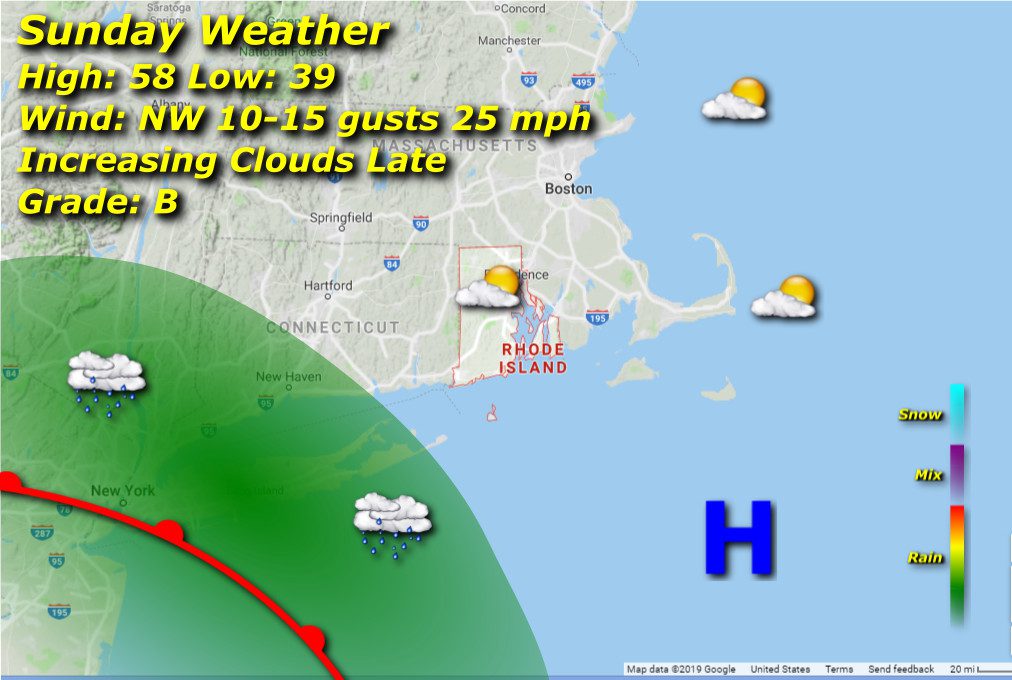 May Day brings a slight change in the weather, as a warm front will slowly advance our way from the southwest, a bit more in the way of afternoon cloud cover, but any small chance of light showers should hold off until the overnight hours.Morning lows again in the upper 30’s warming to the upper 50’s with a lighter breeze shifting from northwesterly to westerly.