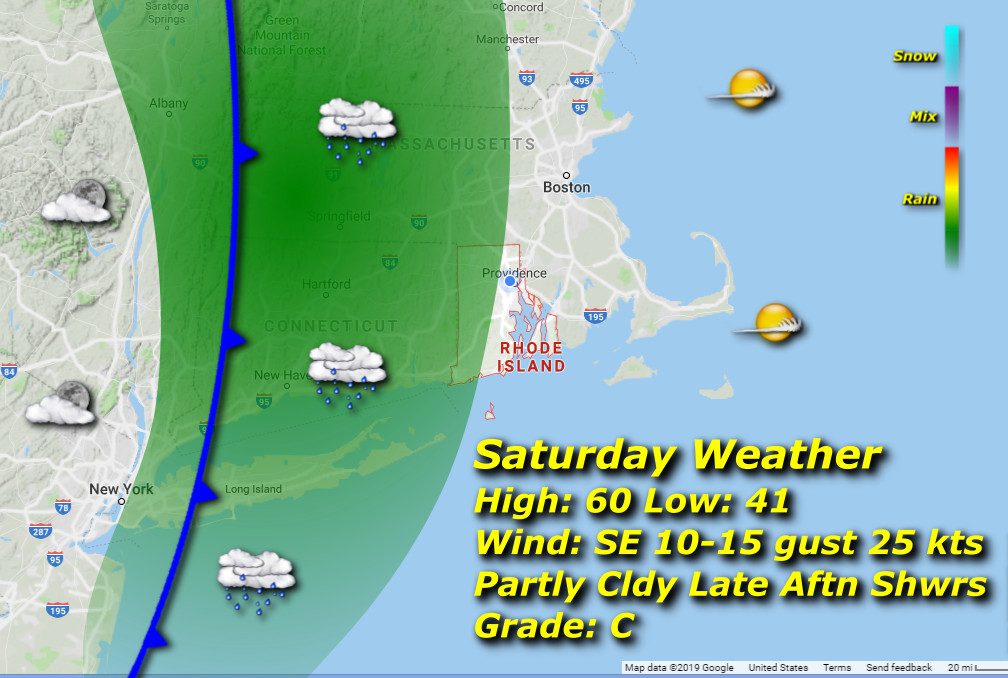 A decent morning to start the weekend, mostly clear with lows in the low 40’s warming to around 60 in the afternoon before another weak disturbance rolls through and kicks up some showers in the late afternoon with a southeasterly breeze. They will be quick, ending by 6pm after which things improve heading into Sunday.

A chilly start to a mostly clear morning, lows in the upper 30’s warm only to the low 50’s with a light westerly breeze. Cloud cover increases ahead of the next weather system to strike later in the night with some light rain expected in the wee Monday hours.