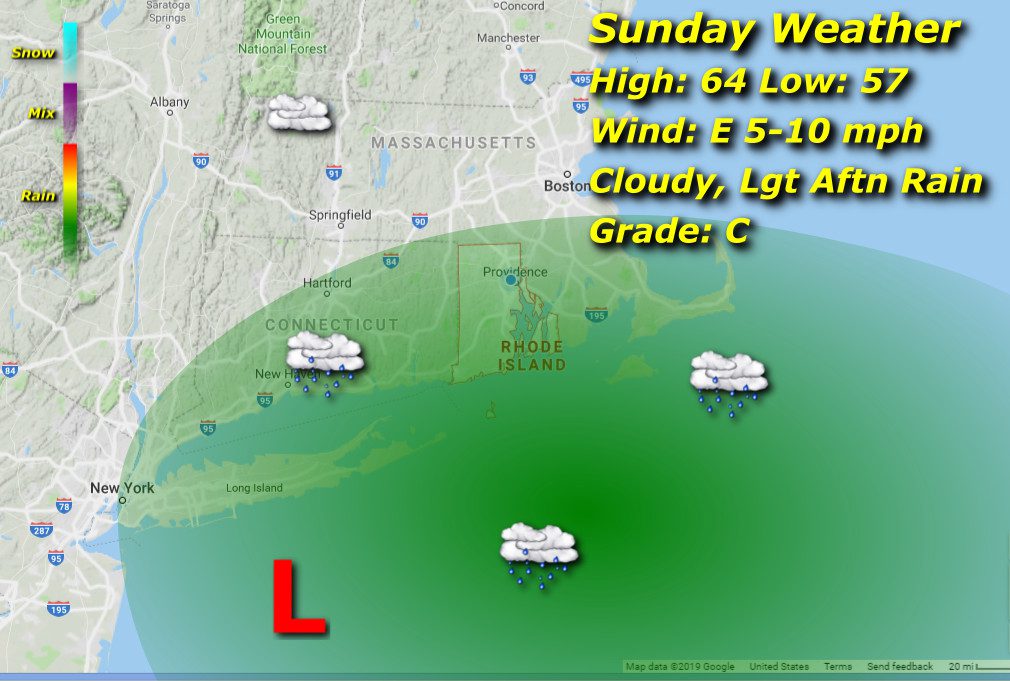 An area of low pressure monitored by the Hurricane Center will continue northward along the east coast and eventually bring some light rain by Sunday midday or afternoon.Similar temperature ranges as Saturday, afternoon highs in the mid 60’s from lows in the 50’s and a light easterly breeze through the day.