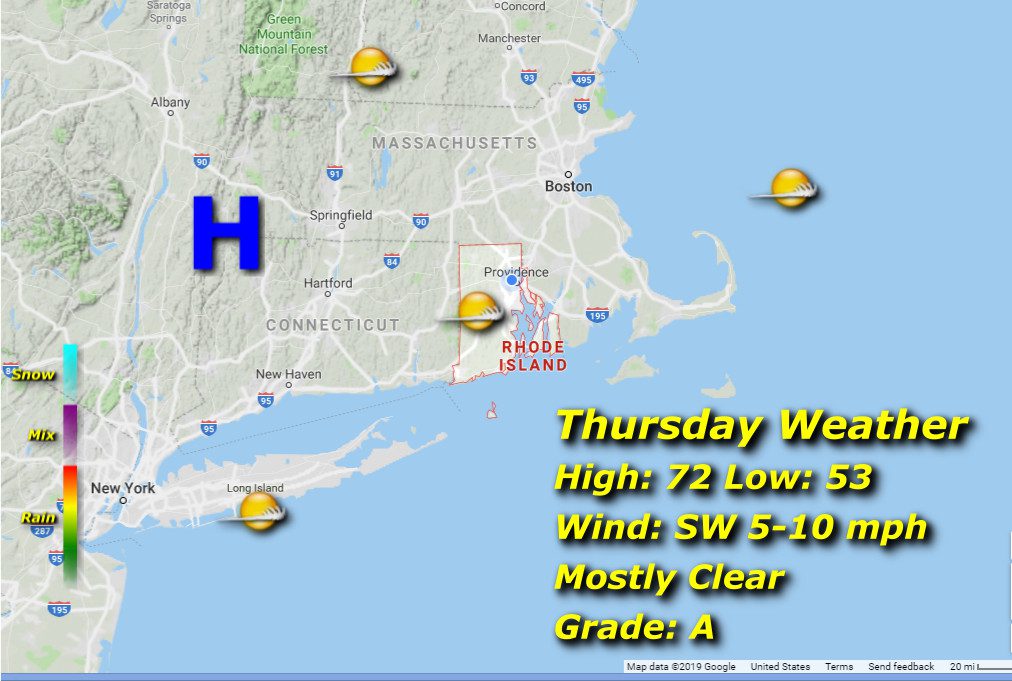 A near carbon copy of yesterday, with high pressure in control, lot’s of sun, and afternoon highs in the low 70’s from chilly morning lows in the low 50’s. The only exception being a shift in the wind to a southwesterly direction, but still light, less than 10 mph.