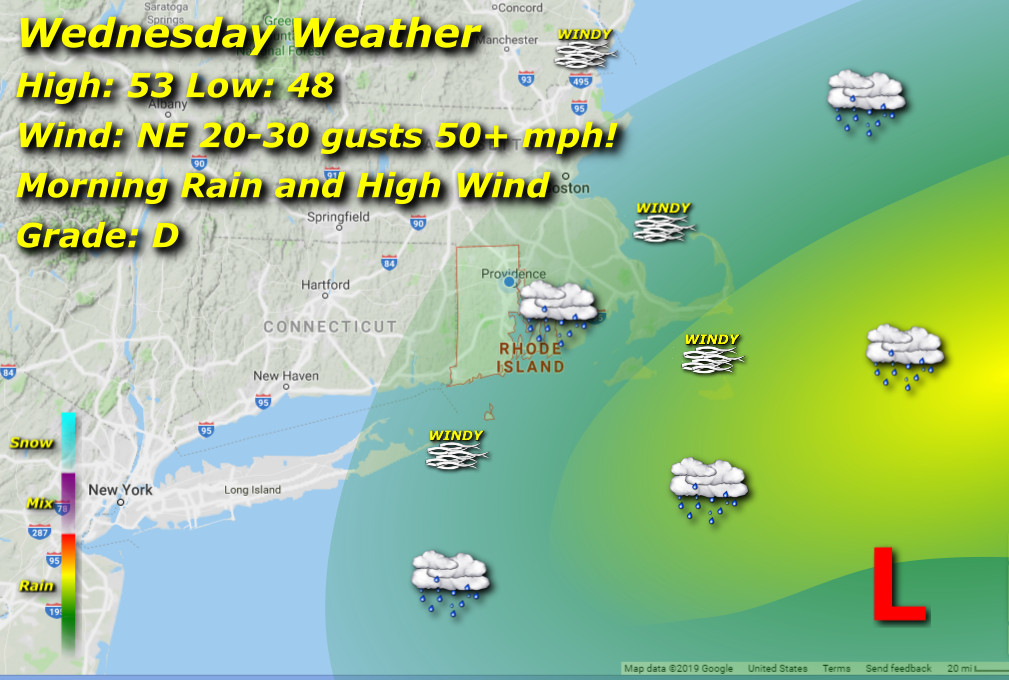 Deep low pressure center keeps churning off the southern New England coast, with continued rain and ripping winds out of the northeast particularly in the early morning when some gusts can approach 60 mph! Rain is ikey to end around 1-2pm, and winds will die down, but still be elevated, gusts in the 35-40 mph range late into the evening. Temp range will be tight and cool, highs in thee low 50’s and lows in the upper 40’s.