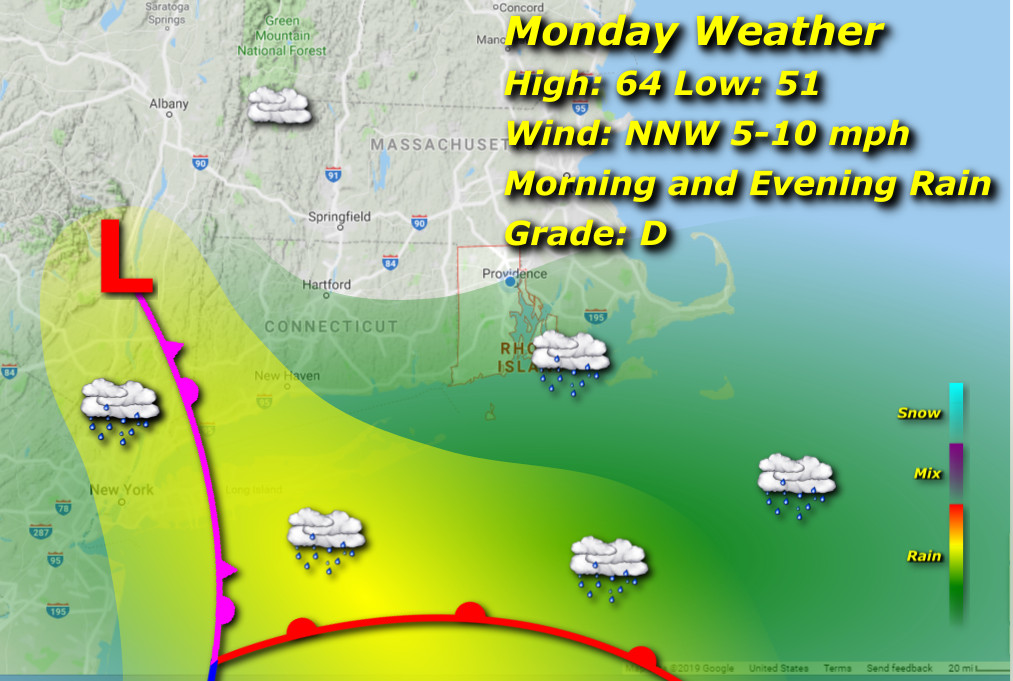 A change in the weather is coming, and it starts today. Some overnight showers will end by morning, but cloud cover will linger before the main area of low pressure rolls through and provide copious amounts of rainfall beginning in the evening, say 8pm on. We’ll have a high in the mid 60’s and a low in the low 50’s with a light wind generally out of the northwest shifting to northeasterly as the low center approaches.

Maybe time to close the windows.