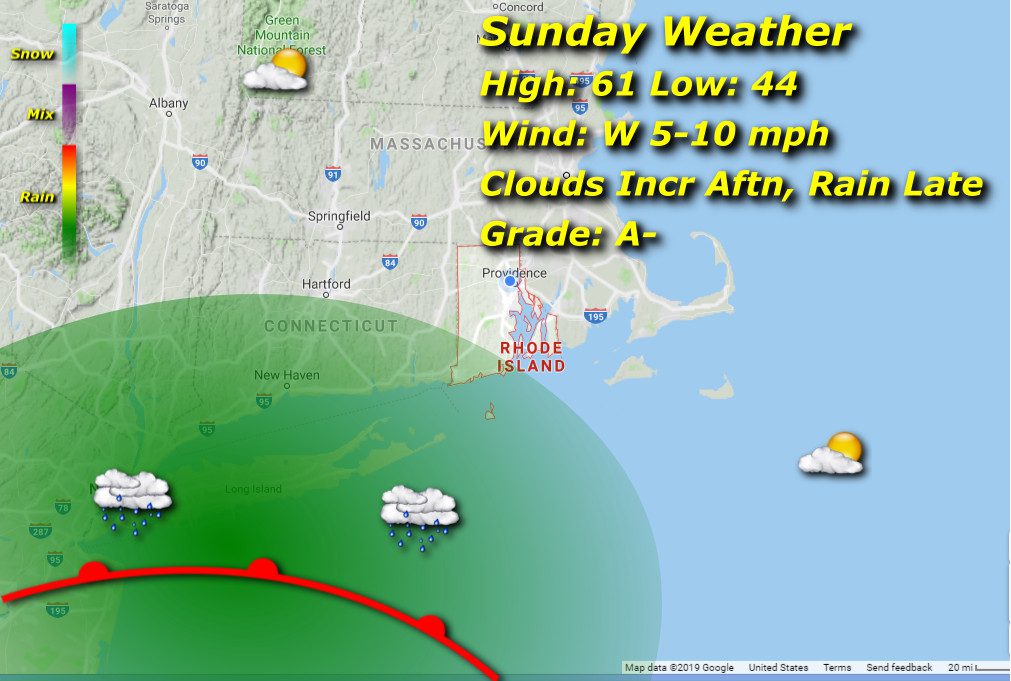 A clear and chilly start, morning low in the lower 40’s warm to the low 60’s by afternoon as cloud cover increases over a light westerly breeze. Light rain is likely to strike by midnight and continue through sunrise Monday as a warm front approaches from the southwest.