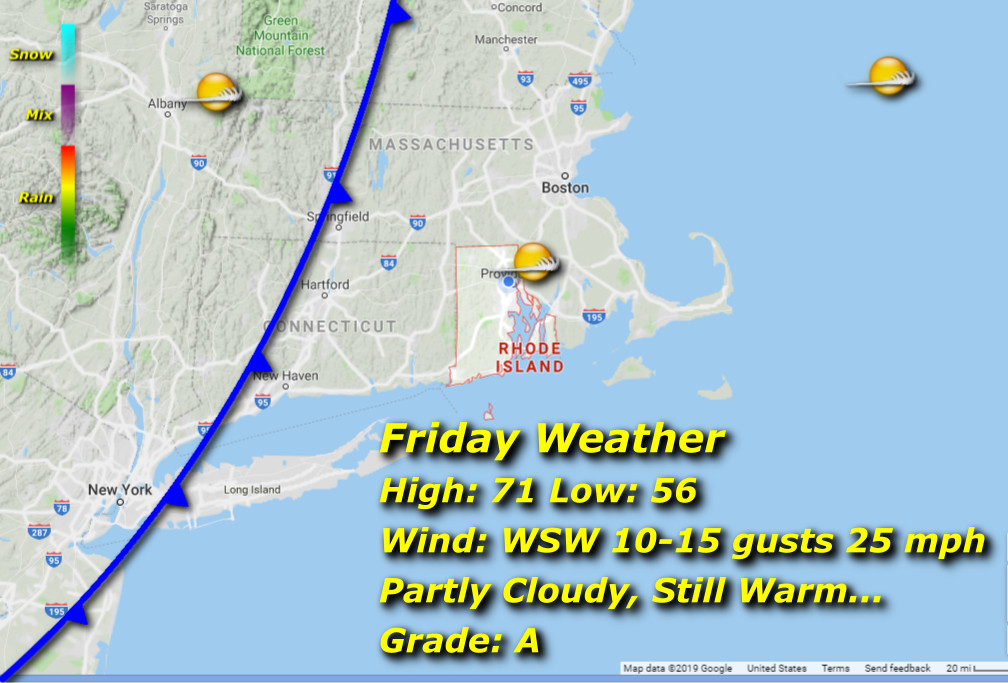 A weak and dry frontal system will push through largely unnoticed, only a bit of a wind shift and some cloud cover with no rain expected. Another arm one, afternoon highs in the low 70’s from morning lows in the low 50’s with a breeze out of the west-southwest.