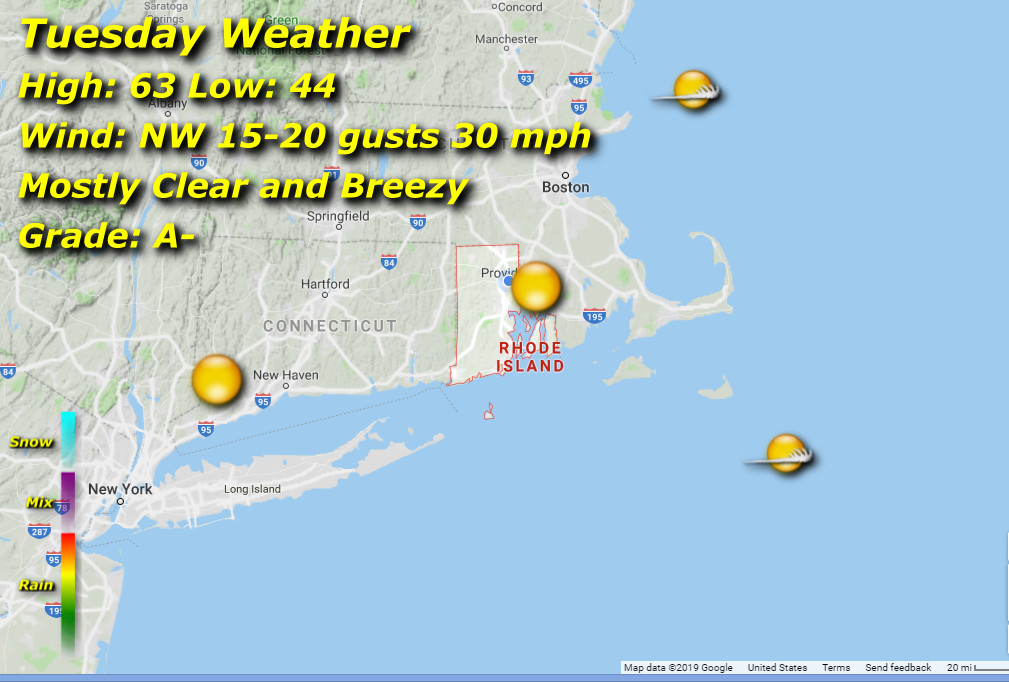 Good weather pattern continues! High pressure and mostly clear skies with slightly warmer temps, highs in the low to mid 60’s from morning lows in the mid 40’s with stronger northwesterly breezes, some gusts approaching 30 mph in the afternoon.