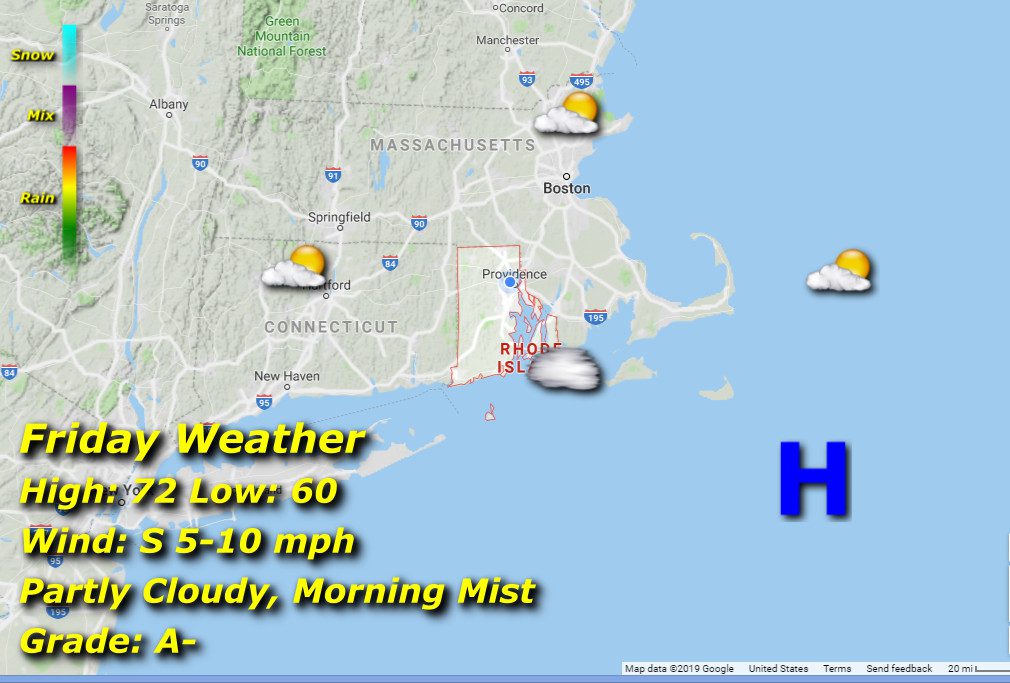 High pressure remains in control, situated more to the southeast so winds will be out of the south bringing dew points up just a bit for a slightly more humid feel to the air. Some light morning mist and dew with a low around 60 giving way to partly cloudy skies and an afternoon high in the low 70’s. Some high clouds spill in late as a frontal system inches closer from the great lakes.