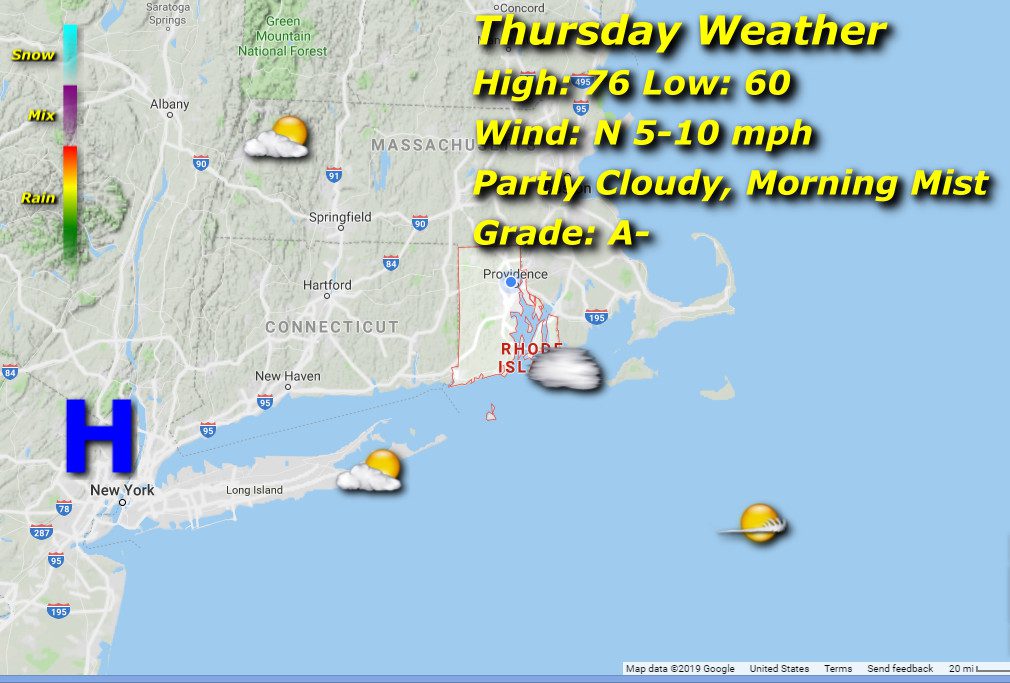 Another nice one, a bit warmer with afternoon highs in the mid 70’s with light northerly breeze, after morning lows around 60 as a light mist develops once again with fog along coastal areas. Some cloud cover builds later in the day as a frontal system approaches from the distant west.