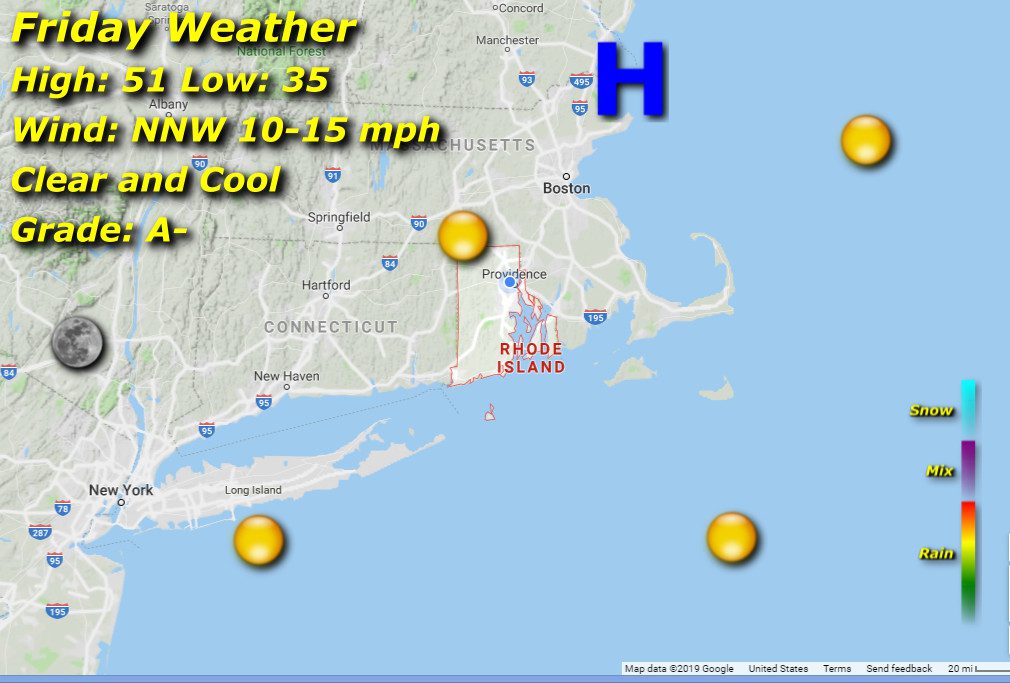 Still under the control of high pressure to the north, we’ll see mostly sunny and clear conditions through the day with a light northerly  breeze. Some morning frost on the windshields to deal with and a low in the mid 30’s rise to the low 50’s in a clear and sunny afternoon .