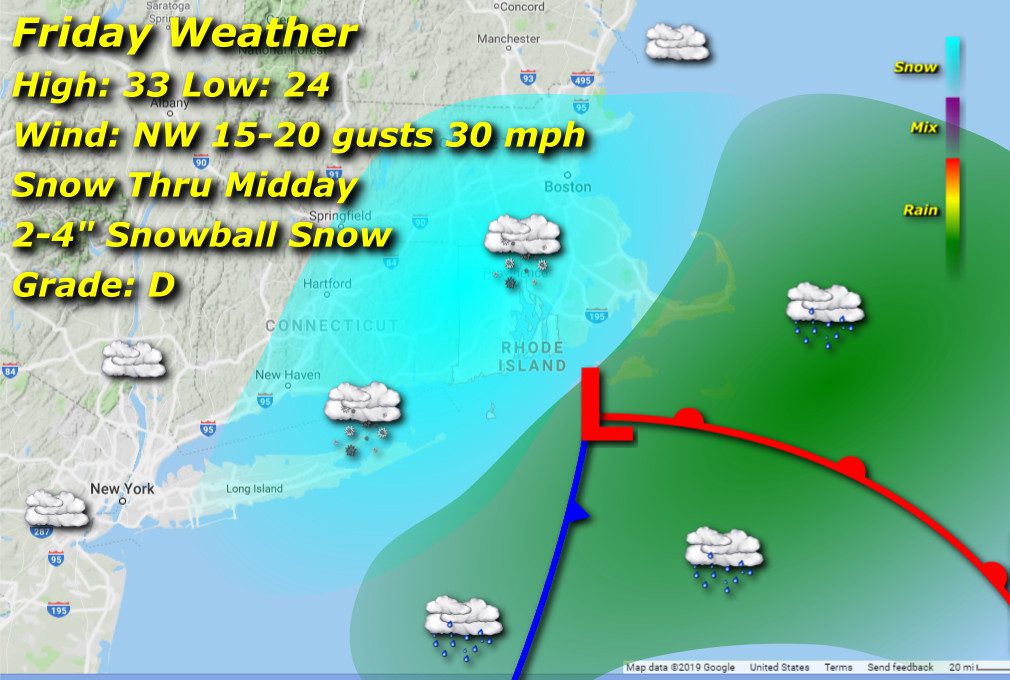 Winter storm winds up and hammers us in the morning of fairly wet snowball snow, given the high dew points relative to air temps, both within a couple of degrees of freezing.

We’ll have winds out of the west and northwest gusting to 30 mph and above, particularly along the coastal regions, so driving in the morning could be an adventure.

Daytime highs in the low 30’s fall only to the mid 20’s in the evening and below during the overnight, drawing moisture out of the snow and making it less workable for sculptures.